Ms. Russell brings to the role decades of experience in developing innovative policy that empowers underserved communities around the world; delivering high-impact programmes that protect women and girls, including in humanitarian crises; building, elevating, and managing diverse workforces; and mobilizing resources and political support for a broad range of initiatives.

She currently serves as Assistant to the President and Director of the White House Office of Presidential Personnel. From 2013 to 2017, she served as Ambassador-at-Large for Global Women’s Issues at the U.S. Department of State. In that post, she integrated women’s issues across all elements of U.S. foreign policy, represented the United States in more than 45 countries, and worked with foreign governments, multilateral organizations, and civil society. She was the principal architect of the ground-breaking “U.S. Global Strategy to Empower Adolescent Girls”.

Previously, Ms. Russell served as Deputy Assistant to the President at the White House under President Barack Obama, Senior Advisor on International Women’s Issues on the Senate Foreign Relations Committee, Associate Deputy Attorney General at the Department of Justice, and Staff Director of the Senate Judiciary Committee. Before re-entering government service in 2020, she taught at the Harvard Kennedy School as an Institute of Politics Fellow. She also served as the board co-chair of the Women’s Foreign Policy Group, as a board member of Women for Women International, as a member of the Sesame Street Advisory Board, as a member of the non-profit organization, KIVA Advisory Council, and as a member of the Thomson Reuters Foundation’s Trust Women initiative.

“Catherine Russell will bring a wealth of expertise to UNICEF’s work, and I am delighted to hand over to someone with her knowledge, experience, and deep care for children and women,” said UNICEF Executive Director Henrietta Fore. “I have no doubt that UNICEF and the world’s children will be in capable hands under her leadership.”

Ms. Russell will assume her new functions early in the new year. She is UNICEF’s eighth Executive Director, and the fourth woman to lead the 20,000-person-strong agency in its 75-year history. 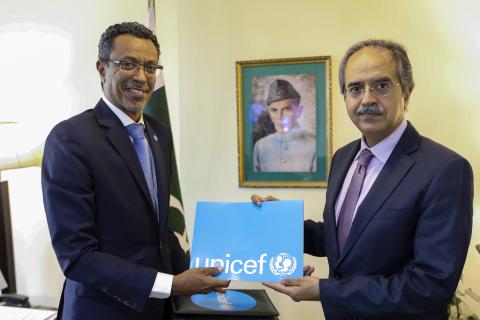 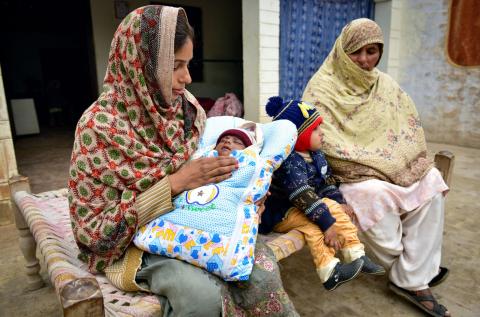