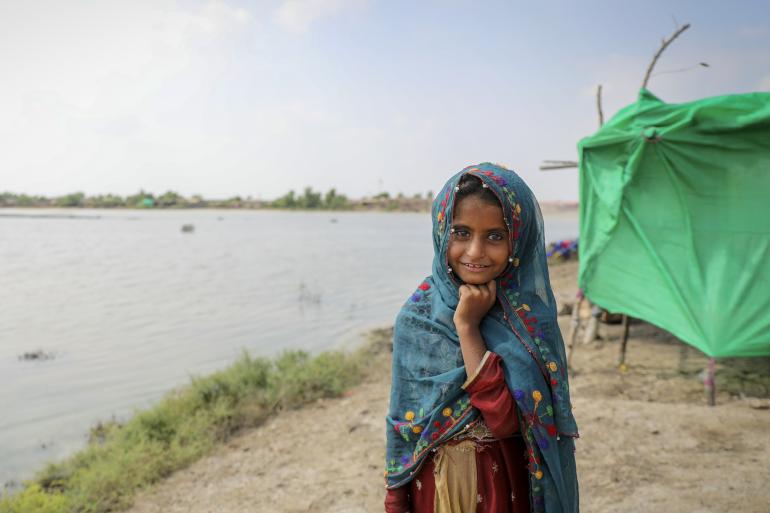 ISLAMABAD, 9 January 2023 – More than four months after a national state of emergency was declared in Pakistan, up to 4 million children are still living near contaminated and stagnant flood waters, risking their survival and wellbeing, UNICEF warned today.

Acute respiratory infections among children, a leading cause of child mortality worldwide, have skyrocketed in flood-stricken areas. In addition, the number of cases of children identified as suffering from severe acute malnutrition in flood-affected areas monitored by UNICEF nearly doubled between July and December as compared to 2021; an estimated 1.5 million children are still in need of lifesaving nutrition interventions.

“Children living in Pakistan’s flood-affected areas have been pushed to the brink,” said Abdullah Fadil, UNICEF Representative in Pakistan. “The rains may have ended, but the crisis for children has not. Nearly 10 million girls and boys are still in need of immediate, lifesaving support and are heading into a bitter winter without adequate shelter. Severe acute malnutrition, respiratory and water-borne diseases coupled with the cold are putting millions of young lives at risk.”

UNICEF and partners have started providing items such as warm clothing kits, jackets, blankets and quilts, aiming to reach nearly 200,000 children, women and men. In response to the worsening child survival crisis, more than 800,000 children have been screened for malnutrition; 60,000 were identified as suffering from Severely Acute Malnutrition - a life-threatening condition where children are too thin for their height - and referred for treatment with Ready-to-Use Therapeutic Food (RUTF). UNICEF health interventions have reached nearly 1.5 million people with primary health care services so far, and 4.5 million children have been immunized against Polio in 16 flood-hit districts. UNICEF and partners have also provided more than one million people with access to safe drinking water, and one million with hygiene kits. In the months ahead, UNICEF will continue to respond to urgent humanitarian needs, while also restoring and rehabilitating existing health, water, sanitation and education facilities for families returning home.

“As families begin to return to their villages, our response has moved with them,” said Fadil. “Our mobile health, nutrition and water teams continue to respond to immediate lifesaving needs, while we help restore and rehabilitate existing health, water, sanitation, and education facilities, supporting the Government’s efforts in climate-resilient recovery and reconstruction. We know the climate crisis played a central role in supercharging the cascading calamities evident in Pakistan. We must do everything within our power to ensure girls and boys in Pakistan are able to fully recover from the current disaster, and to protect and safeguard them from the next one.”

To provide immediate life-saving support, UNICEF is calling for the international community to urgently provide additional humanitarian assistance, and ensure the timely release of funding to save lives before it is too late. As the world looks to recovery and rebuilding, UNICEF urges countries to prioritize both the immediate and longer-term needs of children through the provision of principled, sustained and flexible assistance that is based on needs and allows for a response and recovery that moves with children as they return home, while building and strengthening climate-resilient infrastructure and services that can reach children and families in need with healthcare, nutrition, learning, protection, hygiene and sanitation services.

UNICEF Pakistan has permanent field offices in all four provinces and has established four hubs to bring UNICEF operations and programmes closer to the hardest hit areas. We have been working with the Government of Pakistan, UN agencies and NGO partners to respond to the needs of the most vulnerable populations in 55 calamity-affected districts, both for displaced populations and those returning to the location of their destroyed villages.

UNICEF’s current appeal of US$173.5 million to provide life-saving support to women and children affected by the floods remains only 37 per cent funded. 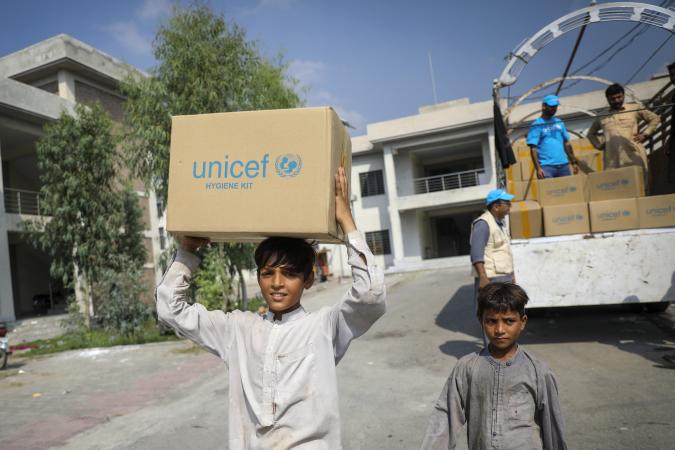 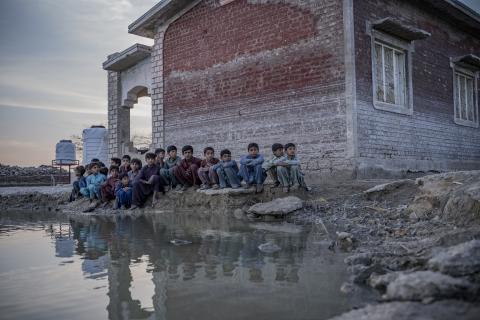 Pakistan’s rains may have stopped, but children are still dying - UNICEF 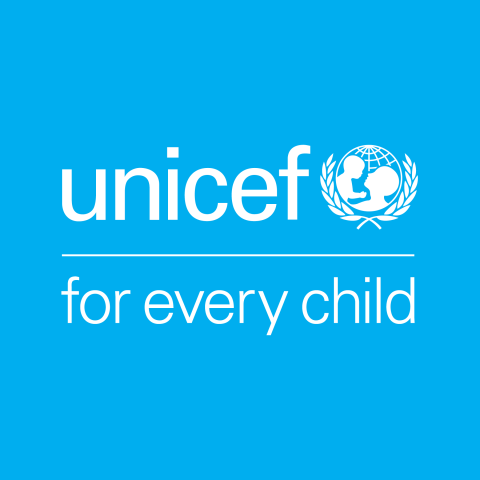 As Pakistan looks to flood recovery,help for children is key 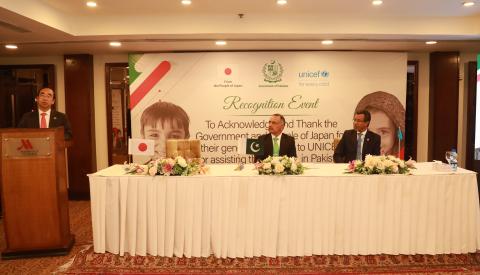 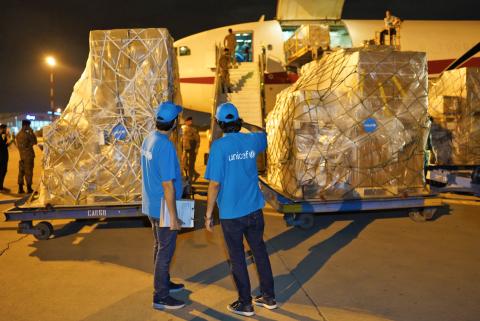