“What If I go into labour during the cyclone?” Worried that she might have to give birth in the middle of a cyclone, Avalon Buksh kept asking this question to her husband, Feroz Buksh, as Fiji prepared for Category 5 Tropical Cyclone Winston in 2016.

Little did she know that her worries would become a reality. As the cyclone’s vicious winds wreaked havoc across Fiji, Avalon went into labour two weeks early.

Avalon was expecting twin girls and admits it was touch and go during the night as they waited for the worst of the cyclone’s winds to recede. “At 3:30am the contractions were getting stronger. We called emergency services and were told they couldn’t do anything because their only ambulance was on its way to Lautoka District Hospital already, we were literally stuck.”

Feroz had dropped their only transportation, a van, off at a friend’s place for safe keeping in anticipation of flooding in their low-lying neighbourhood. Friends attempted to get the van to their home but fallen debris blocked their way.

In desperation, Feroz called the Cyclone Emergency Hotline, which prompted a fast response to the now heavily labouring mother. By 5:30am the police had arrived to take Avalon and Feroz to their van and they quickly went to the nearest hospital, albeit one ill-equipped for complicated deliveries.

“I knew I wasn’t going to make it to Lautoka, so we went to Nadi Hospital. As soon as I got to hospital, the midwife checked me and said, ‘You’re ready.’ Within 20 minutes the first baby was born, Tina.”

That’s when things got even more complicated; the midwife discovered that the second baby was in breach position.

She needed to be rushed to Lautoka Hospital 45 minutes away by road for an emergency C-section. To make matters worse, there were two other emergency patients that needed to be transferred, but only one ambulance.

That’s when Sister Alisi Kurimavua stepped in. Sister Alisi, a senior nurse with 20 years’ experience caring for children and families, pushed Avalon to the front of the queue, ensuring that she would receive the urgent medical attention needed to safely deliver the second baby.

When they reached the hospital the on-duty doctor quickly assessed and prepped Avalon for theatre. This part, at least, went smoother than expected.

“Thank God for that doctor because he was able to manipulate the baby into position and I gave birth naturally to Gina,” she said.

Today, Tina, 3, and Gina, 3, [aka Winston twins] have grown up and are doing absolutely well.

“They love going to the beach, doing arts and craft, going for car rides, pretending to read books and making up their own stories, watching the sunset and most of all, they love hanging out with each other. They have a very strong bond and they can't do things without each other,” said Avalon. 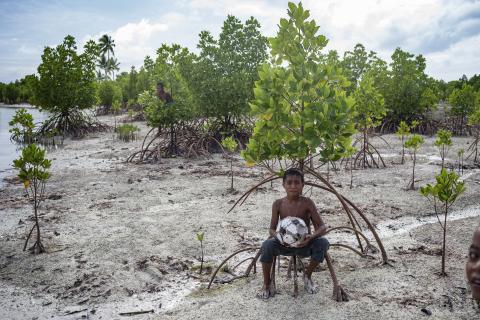 UNICEF is on the ground before, during, and after emergencies, working to reach children and families with lifesaving aid and long-term assistance. 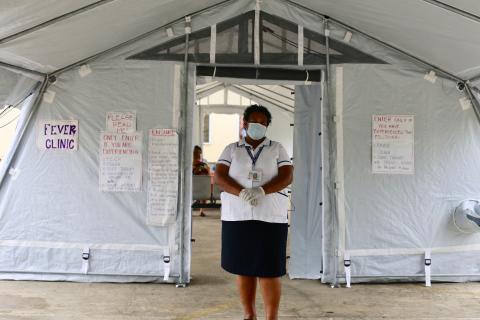 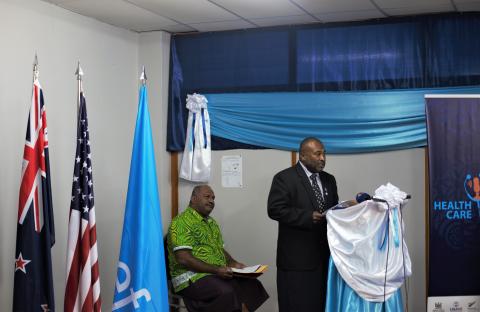 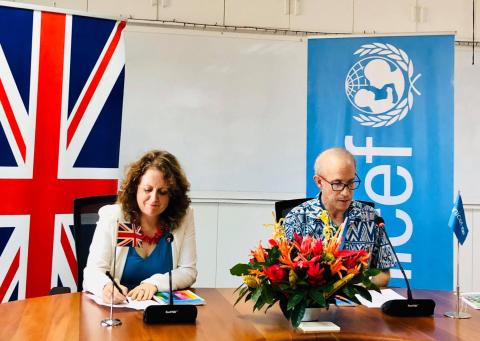 UK and UNICEF announce new partnership to promote children’s rights and access to water, sanitation and hygiene in the Pacific islands