For hours families in Dawara village in Cakaudrove Province felt the full brunt of severe tropical cyclone Yasa as it barreled down on Fiji in December, just seven days before Christmas.

For hours families in Dawara village in Cakaudrove Province felt the full brunt of severe tropical cyclone Yasa as it barreled down on Fiji in December, just seven days before Christmas.

The category five cyclone made landfall in the Province of Bua, situated on Fiji’s second largest island, devastating the lives of thousands of families and children, leaving them without access to basic supplies.

Before the cyclone hit, the villagers had already started to move to the evacuation centres. The Turaga-Ni-Koro (Village Headman), Savenaca Cabecake, said that in terms of level of preparedness, the community members were well prepared, adhering to the warnings aired through radio.

“We also utilized the youth groups in the village to assist in moving families to the evacuation centres.”

When sharing about surviving through the night, the villagers from Dawara said this was the first time in history they experienced a cyclone of this nature.

“This was the first time the villagers experienced such a destructive cyclone and flooding,” said Savenaca.

More than seven houses had roofs blown away and four houses were completely washed away in the flood water that swept through the village.

“I felt scared when I first saw the water level rising and the strong winds coming,” said 13-year-old, Taniela Soke who saw his house washed away during the cyclone.

“When I saw my house blown and washed away, the only thing that came to my mind was my clothes, my school books and my school award. I just received a prize in the recent school prize award ceremony.”

He added, “I was able to look for most of my belongings and find them by following the track to where my house was washed away after the cyclone and when the flood water had receded, but most of them were wet.”

Like Taniela, 13-year-old Anaseini Lomaiviti from the village shared a similar experience.

“I felt scared. We moved with our family to the evacuation centre, but I could not sleep throughout the night. The first thing that came to my mind when my family started to prepare to evacuate was to put my school bags in a safe place,” she said.

Nunia Tuinausori, a mother of three children, said, “We did not sleep throughout the night until 4am in the morning and my children were very scared. The church was used as one of the evacuation centres but part of the roof in the church also blew away. We had to stand around throughout the night as rainwater started coming inside. We also lost our belongings when flood water swept through our village and my home.”

As part of response efforts, UNICEF together with the Fiji Ministry of Health & Medical Services is supporting families in the village with water and hygiene supplies and hygiene awareness messages to ensure communities are well informed and take preventative measures to keep themselves safe from disease outbreaks following the cyclone.

Additionally, to support in the national recovery efforts, UNICEF is working with the government, civil society and partners to respond to the ongoing needs of families and most importantly children.

Supplies like essential water, sanitation and hygiene items, including soap, water containers and buckets, to ensure children and families have access to clean drinking water are being distributed to those most in need.

In addition, UNICEF is also working with the Fiji Ministry of Education, Heritage & Arts to support learning needs of children for the new school year. 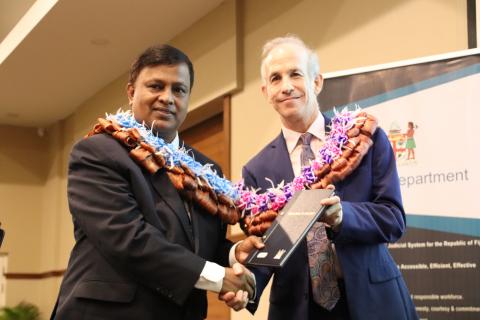 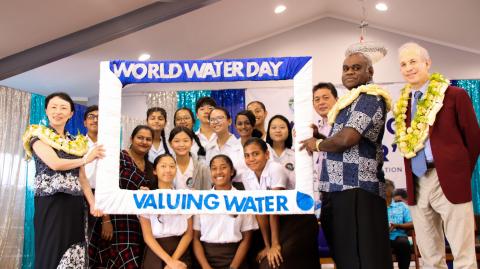 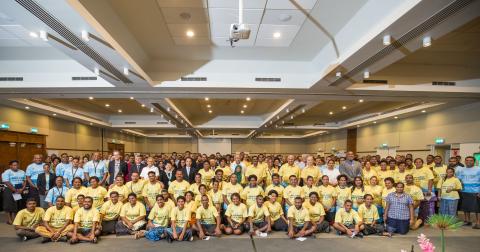