Daniel learns and has fun with the Bula Kids

A first of its kind in Fiji and developed entirely within the country with local characters, content and languages, Bula Kids aims to strengthen learning at home in an exciting and fun way.

“Look! I can wash my hands just like Zoe!” says five-year-old Daniel Rasoni as he sings ‘Doing it the Bula Kids way’ and washes his hands with soap and water. Daniel is a huge fan of Bula Kids, an animated TV series teaching kids valuable lessons like handwashing.

Two months after the devastating second wave of COVID-19 hit Fiji, cases continue to rise, and schools remain closed. Thousands of children like Daniel have been forced to learn from home and school closures are likely to be extended much longer than originally anticipated. Ensuring primary and secondary school children continue to learn is a top priority.

To meet the educational needs of the younger children aged between two to six years, UNICEF, together with the Fijian Ministry of Education, Heritage and Arts, developed an animated TV series called Bula Kids.

Bula Kids is about five children named Vili, Kamoe, Shreya, Iqbal and Zoe who portray the diversity of the community in Fiji. The children promote learning and life skills related to the alphabet, colours, counting, fire safety, manners, music, opposites, shapes, objects that sink and float, as well as basic hygiene.

Senivesi Lutu, Daniel’s mother, said that even though Bula Kids was only launched three weeks ago, the TV series has already positively impacted her family.

“Daniel used to visit the washroom and almost always forgot to wash his hands even though I reminded him many times. But when he watched the episode on basic hygiene, he understood the importance of properly washing his hands with soap and water,” said Senivesi. “Now, he’s a changed boy! He never forgets to wash his hands after visiting the washroom. Bula Kids has definitely made an impact in my home.”

Daniel’s family do not own a television but learning still continues in their home. Bula Kids is also available online via the Walesi platform and Daniel catches the episodes through their mobile phone.

“Not only is Bula Kids fun for Daniel, but this animated series also shows me new ideas so I can support him to learn at home. We have meaningful discussions in the evenings about the episodes and how we can replicate the activities at home,” said Senivesi.

A first of its kind in Fiji and developed entirely within the country with local characters, content and languages, Bula Kids aims to strengthen learning at home in an exciting and fun way.

“I think the best part about Bula Kids is that it is in the three main languages spoken here in Fiji – English, iTaukei and Fiji Hindi. Daniel’s eyes lit up when he heard the characters speak in iTaukei and he got so excited,” said Senivesi. “He is usually used to Dora the Explorer and other animated TV series where the characters are speaking in English or Spanish or other languages. But these characters were speaking in his own language.”

She added that her seven-year-old picked this out immediately and became really excited hearing the characters speak in iTaukei language.

When children watch Bula Kids in their mother tongue, they pick up the concepts quickly. They see that their culture is valued and appreciated and can share what they are learning with their family and friends. 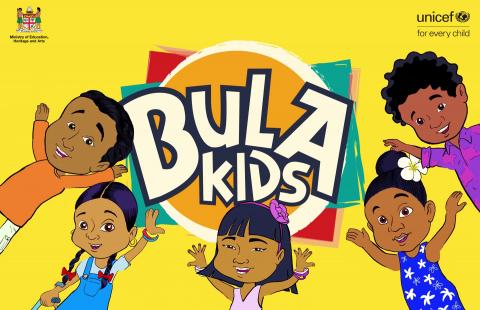 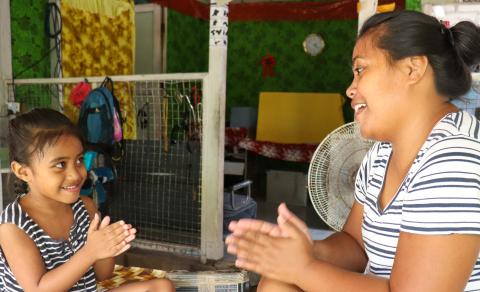 Ministry of Education, with support from UNICEF prepares for future school closures 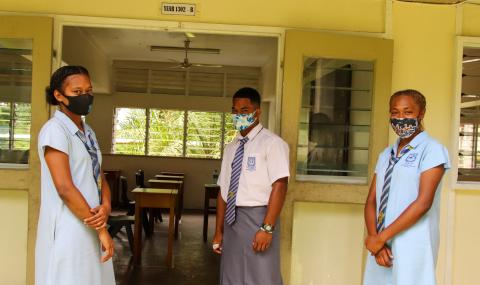 The reopening of schools in Fiji