SUVA, 07 March 2018 – UNICEF’s first assessment of achievements toward the Sustainable Development Goals for children in several Pacific Island countries reveals an alarming lack of data to measure progress in these countries.

The UNICEF report, Progress for Children in the SDG Era, is the first thematic report assessing performance toward achieving global development goals which impact on children’s rights and well-being. It tracks progress on five dimensions of children’s rights: good health, learning, protection from violence and exploitation, safe and clean environment, and a fair chance to succeed in life.

The report highlights a lack of internationally comparable data on the five dimensions of children’s rights in several Pacific Island countries. It warns that insufficient or no data risks leaving children behind on such critical issues as improving health, sanitation and education, as well as protecting children from violence, abuse and exploitation. The average composite score on data capacity in the Asia and Pacific region is 74 out of a possible total of 100. Unfortunately Pacific Island Countries fall below that average, ranging from 70 for Fiji to 32 for Federated States of Micronesia (FSM) and the Republic of Marshall Islands (RMI).*

UNICEF Pacific Representative, Sheldon Yett said “Data do not, of themselves, change the world. They make change possible – by identifying needs and gauging progress. What matters most is that decision-makers use the data to make positive change, and that the data are available to hold governments, and development partners to account.”

Mr. Yett added, “Without investments in the collection and analysis of reliable data on behalf of the Pacific’s children, governments will not have the foundation to base decisions and actions to improve children’s lives.”

As part of the analysis, indicators were established to determine whether global targets had been met, if countries were on track to meet those targets, or if there was a need to accelerate progress to achieve them by 2030.

According to the report, most Pacific countries are at risk of failing to meet some of the child-related SDG targets due to lack of data, for instance, on the proportion of children living below the national poverty line or having access to early childhood development initiatives; children attending lower secondary school; and the nutritional status of children for example exclusive breastfeeding up to six months of age and stunting.

In areas where data is available, the report notes that several Pacific countries are on track to meet child-related SDG targets. For instance:

However, the report indicates an urgent need to redouble efforts in achieving these targets where quality data is available. Significant acceleration is needed, for example, to end violence, abuse and exploitation of children, to ensure there is increased participation of children in organized primary school learning, and to increase the rate of immunisation coverage.

The report calls for renewed efforts to address this global data-deficiency, while recognizing that strong national data institutions and capacity take time and investment to develop. The report identifies three principles to underpin this work:

The extent to which the government delivers on the SDG promise will determine the future of children in the Pacific. UNICEF remains committed to support these commitments to place children on the development agenda.

*The report ranked countries from highest to lowest using the World Bank Statistical Capacity score which assesses capacity in terms of:

Methodology - how major indicators are measured

Periodicity- how frequently the statistics are collected and released 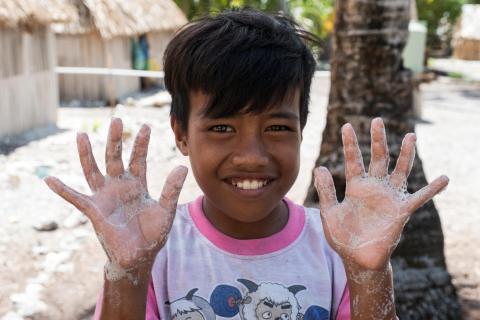 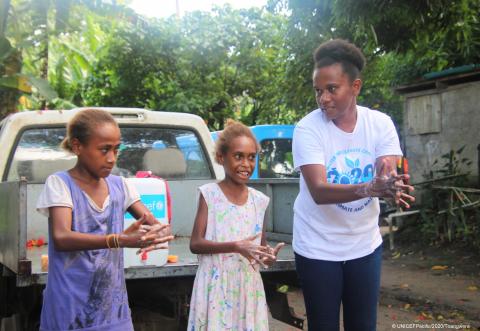 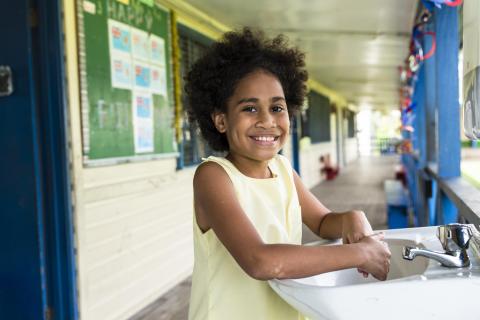 How to protect yourself and your children 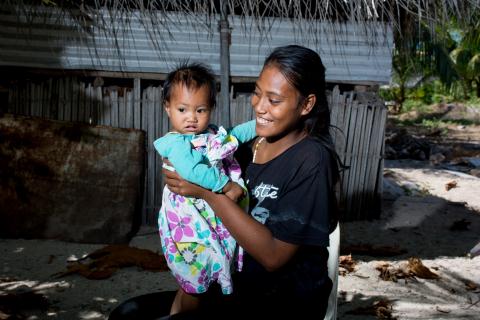