With support from the European Union, UNICEF has been working with state governments and traditional leaders to encourage and support birth registration

With a smile on his face suggesting a sense of triumph, four-year-old Suraini Sanusi shows off the birth certificate he just received in the reception room of Umar Magaji Barade, village head of Gwadangwaji, Birnin Kebbi LGA of Kebbi State, northern Nigeria. Nearby, his excited mother looks on with pride.

At the same location, 8-month-old Maryam Aliyu also gets her birth registered, and her mother receives the certificate from the registrar, smiling too. She is delighted and relieved to have this important document in her hands.

Both parents learned about importance of birth registration and where to register their children through Barade, the village head.

“We have been told that very soon, any official transaction like enrolling in school, obtaining a visa or contesting for elective posts, will require a birth certificate recognized by government,” said Barade.

Although birth registration – the official recording of a child's birth by the government – establishes the existence of a child under law and provides the foundation for safeguarding many of a child's civil, political, economic, social and cultural rights, only 43 percent of Nigerian children under-5 have had their births registered, according to the National Demographic Health Survey 2018 (NDHS 2018). This can hamper their chances for future education, access to health, employment and many other services.

With support from the European Union (EU), UNICEF has been working with state governments and traditional leaders to encourage and support birth registration.

“We know that the only birth certificate recognized by the Nigerian government is the one issued by the National Population Commission, so we have been telling our people to come out and register the births of their children,” said Barade.

Often, traditional leaders talk to caregivers and parents about birth registration during social gatherings, such as naming ceremonies or weddings, he said. “When they come to the mosque, we talk to them about it, and we also send town announcers to harder to reach locations to let people know.”

With all the efforts to promote birth registration, it may soon be routine for children in Kebbi State to have their births registered. This will accord them one of their fundamental rights – the right to a legal identity – prescribed in the UN Convention on the Rights of the Child (CRC).

“We won’t rest,” says Barade. “We will continue to mobilize communities to ensure every child is registered and no one is left behind.”

UNICEF launches ‘Faith for Life’ handbooks for Christians and Muslims 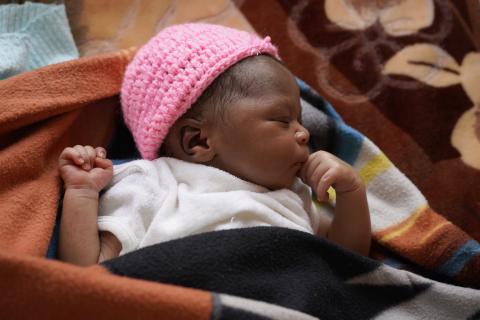 New Year’s babies: Over 21,000 children will be born in Nigeria on New Year’s Day 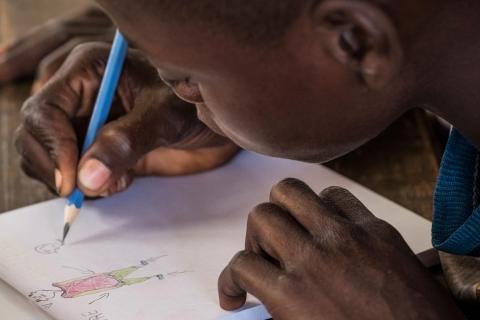