Community Oriented Resource Persons, supported by UNICEF with funds from the European Union, go house-to-house looking out for danger signs in pregnant women and sick children to identify those in need of urgent help

When his community chose him to be among those to be trained as a Community Oriented Resource Person (CORP), Bala Mohammadu Abubakar didn’t realise the impact he would have on the women and children of Beti ward, in the Fufore Local Government Area of Adamawa, northeast Nigeria.

But thanks to that training, Bala now helps dozens of children, pregnant women, nursing mothers and women of child bearing age. In his role, he goes house-to-house looking out for danger signs in pregnant women and sick children to identify those in need of urgent help. When he finds them, he either treats those with minor illnesses or refers the more serious cases to the local primary healthcare centre.

“I feel fulfilled,” he said.  “My training as a CORP is helping save lives.“

Because of his expertise, some community members have taken to calling him likita, which means doctor.

“That gives a good feeling although that’s not what gives me fulfilment as a CORP because I know I’m not a doctor,” the 55-year-old added.

While Bala may downplay his contributions, those who has helped do not do so. In communities without access to healthcare facilities, he has provided crucial care to scores of under-5 children, nursing mothers and women of child bearing age with whom he shares information on health issues such as diarrhoea and shares treatment techniques.

Husbands and fathers also appreciate how the work of CORPs like Bala help improve the health outcomes of their wives and children. One such husband is Abubakar Bello, 42, a father of 12.

At his home near a ridge of hills close to Nigeria’s border with Cameroon, Abubakar tells of how Bala’s ability to recognize potentially dangerous symptoms in pregnant women saved the life of his wife Hawau in 2016.

“Hawau had been sick for many days but I didn’t know what was wrong with her. We have no hospitals, so I just resigned to fate after efforts to treat her with herbs proved futile,” he says, with Hawau by his side, nodding.

When Bala learnt of Hawau’s situation, he hurried to the Bellos’ home.

“From my training, I quickly recognized this was a case of severe anaemia,” says Bala. “I just took one look at Hawau and told the husband she had to be taken to the nearest hospital immediately. That meant the Chigari Primary Health Care Centre.”

Unfortunately, the Chigari Centre was a full two hours away by bike, and the Bellos did not have the money to hire one. So Bala volunteered to take Hawau on his bike. They faced further hurdles on the way, including a marshy foot path and a river to cross, but finally arrived safely.

“At Chigari, Hawau was referred to a hospital at Fufore, an hour’s trip away. When we got to Fufore, the doctors said Hawau had to have an urgent Caesarian Section,” said Bala. “The family had no money for the procedure, so I appealed to the doctors to perform the procedure, assuring that as a CORP, I’ll ensure Hawau’s medical bill was paid.”

The surgery went ahead and Hawau survived. But sadly, her baby did not.

Hawau is happy and gratefully for Bala’s efforts, but ultimately wishes for better access to facilities that would make such heroic actions unnecessary. 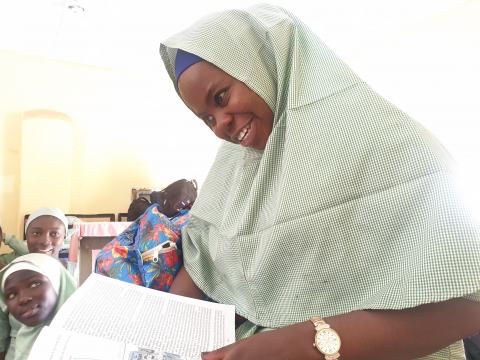 Learning has improved at a girls secondary school in north-east Nigeria following intervention by UNICEF, supported by philanthropist Nazanin Alakija 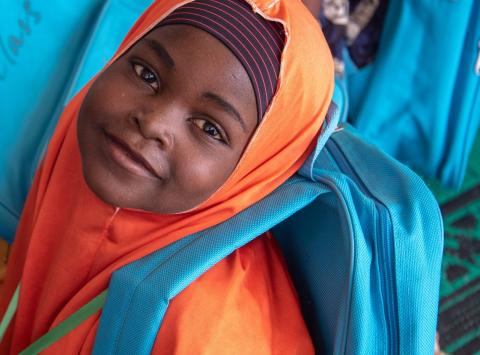 A school renovation by UNICEF, with support from philanthropist Nazanin Alakija, is turning around learning in north-east Nigeria 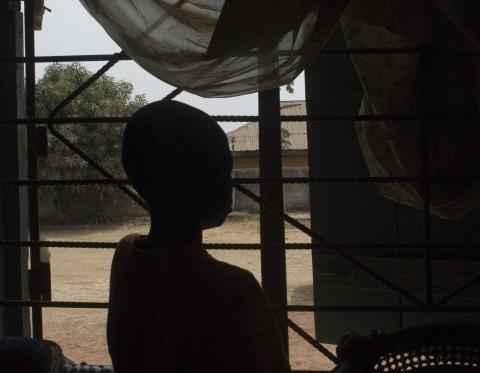 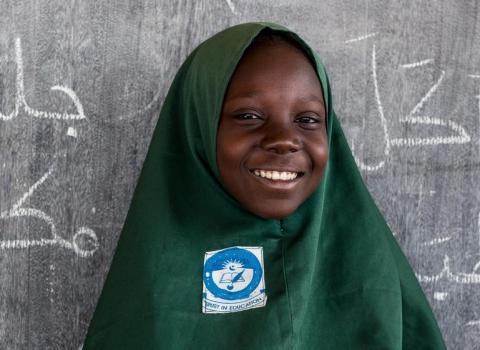 UNICEF, in partnership with Educate a Child (EAC) – Education Above All (EAA), is helping to drive children's enrolment in school