Modu and friends go to school in north-east Nigeria

Sixteen-year-old Modu Modu and his friends, Mustapha Umar, Ibrahim Ajimi and Muhammad Bukar, have suffered setbacks and hardship. Displaced at a young age because of armed conflict in north-east Nigeria, the four had never been to school.

But Modu and his friends are determined to make the best of their situation.

From their new home in Boross Camp, which hosts 20 displaced households in Maiduguri, these young boys expanded their circle to include new friends from their community outside the camp. Conscious of their differences in opportunities, like education, Ibrahim and his friends chose to be inspired by their new friends.

“We have always admired our friends, who can read and write. We wished we could be like them, since we’ve never been to school and didn’t have the means to go to school,” said Modu.

It didn’t take any effort to enroll the boys into a five-month long non-formal education and vocational skills training programme implemented by UNICEF’s partner, the Norwegian Refugee Council. The intervention is a component of the Support for Early Recovery and Resilience project, funded by the European Union.

The moment they heard about the opportunity; all four boys jumped at it.

“The list was already full, so we asked them to wait for the next round of training. But they kept showing up and when we realised that we had other enrollees who were not regular or never showed up, we decided to replace them with the boys,” said Hajara Hassan, Coordinator of the programme. The programme teaches enrollees sewing skills and offers them the use of a sewing machine. This way, trainees can raise money to support themselves through school.

Impressed by how much they could do compared to when they started five months earlier, the teenagers decided to go a step further.

“We realised it was actually achievable to learn more than sewing, so we decided to enroll in a school,” said Modu.

The boys eventually enrolled in Primary 5 at the Mafoni Jiddari Primary School in Maiduguri. But the school conducted a competency test which put the boys ahead of their class. The boys were promoted to the junior secondary section of the school, where they are now JSS1 students. With their confidence further boosted, Ibrahim, Mustapha, Modu and Mohammed now believe they can conquer the world.

Smart, upbeat and charismatic, Ibrahim’s ambition is clear. “I want to be educated, very educated!” said Ibrahim, with clear determination and passion. “When I’m done, I want to be a leader - a Governor, to be precise. Without an education there’s no way I can achieve this dream,” he said.

The other boys want to become businessmen – and are now convinced that they stand a better chance of achieving their dreams, with an education. 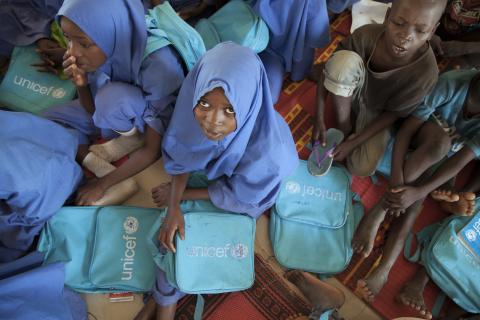 Over 20,000 Out-of-School children in Kastina State to have access to learning as UNICEF, Katsina State government launch cash transfer programme 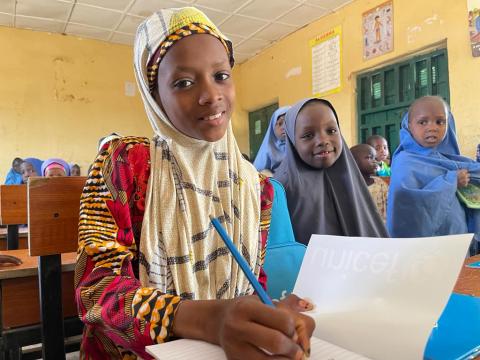 After one year of relentless engagement, a community mobiliser in north-east Nigeria convinced an aged Mallam to enroll his six daughters in school 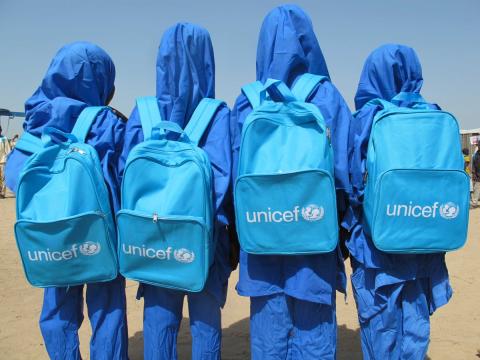 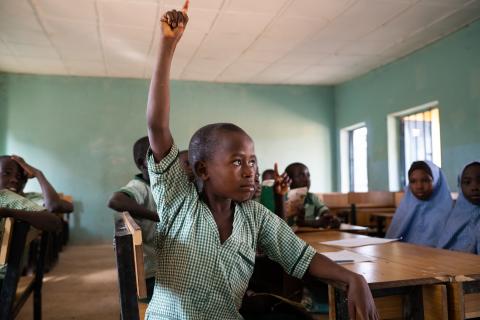