Learning has improved at a girls secondary school in north-east Nigeria following intervention by UNICEF, supported by philanthropist Nazanin Alakija

For years, the established way of coping with the searing heat in the sleeping quarters of the Yerwa Government Girls Secondary School, in Maiduguri, Borno State, was an unusual tradition passed down from one set of students to another.

“It is usually very hot between February and June and we could not sleep inside. We had no electricity supply and no fans. Anyone who had a mattress took it outside to sleep at night. But mosquitoes and scorpions dealt with us. You could only escape the mosquitoes if you had a bed net,’’ she said.

According to Aishetu, academics at the school also took a hit, as reading at night became a challenge.

“We could only read if we had torchlights with functioning batteries. Many students trekked all the way to the only solar-powered source of light in the school. But walking in the dark discouraged many of us,’’ she added.

But when schools re-opened after the COVID-19 closure, Aishetu and other students were pleasantly surprised to return to newly-renovated accommodation with an electricity supply and ceiling fans. The renovation work, carried out by the Borno State Ministry of Education and UNICEF, was funded by Mrs. Nazanin Alakija, a philanthropist who is passionate about child rights issues. A total of 46 classrooms, 10 staff rooms, 65 toilets and 32 dormitory rooms were renovated.

“Now we have started night studying and work on our assignments - it feels like home. The school is stronger now because we have great teachers,’’ Aishetu added.

Another student, Omega Bulus, could not contain her joy at the turn of events in her school. She recounted how the lack of electricity had impacted the dignity of students.

“The premises used to stink because girls were not willing to make the trip to the toilets at midnight. We were afraid because it is always dark, so many of us urinated right in the premises and covered it with sand. It was really a bad experience for us, but we are happy now that change has come,’’ said Bulus. 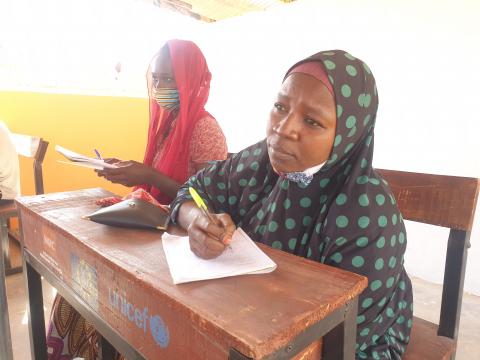 Thousands of conflict-affected youths in Borno are receiving literacy, numeracy and vocational skills 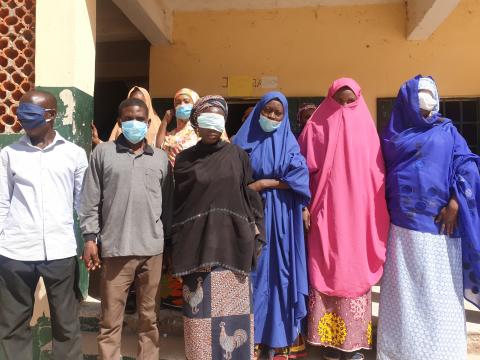 In Borno, teachers stand against trauma

After an intensive training on psychosocial support, teachers iIn Borno say they are better equipped to tackle anxiety and trauma in children. 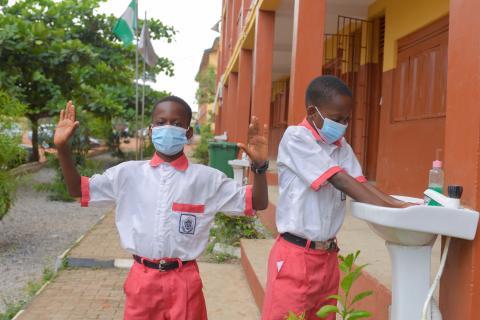 As public schools in Lagos state reopen for in-person learning, UNICEF is supporting the state to put in place protocols to mitigate the spread of the virus