The Article calls for and encourages governments and other constituted authorities to take responsibility to ensure the rights of the convention are protected and implemented for every child.

Dr. Mukhtar Adnan has sat on the ancient throne of Dambatta for the past 65 years. Now 93, the Sarki Bai, who serves as the district head of Dambatta Local Government Area (LGA) in Kano state is still strong and sprightly.

When he mounted the exalted throne of forebears 65 years ago, Dr. Anan knew that the position came with huge responsibilities. Top on the list was the responsibility to care for his subjects - ensuring their fundamental human rights are realized, especially society's most vulnerable- the children. "I believe in the development and well-being of my people," he said through the royal court's interpreter.

Children are the present and future of Dambatta. By protecting their wellbeing, development and other rights, Dr. Adnan is adhering to the Article 4 of the United Nations Convention on the Rights of the Child. The Article calls for and encourages governments and other constituted authorities to take responsibility to ensure the rights of the convention are protected and implemented for every child.

One area that he focused a lot of his energy on was advocating for safe water, hygiene, and sanitation and mobilizing village heads and other traditional leaders to end open defecation in Dambatta.

The practice of open defecation has health implications and brings with it an enourmous economic and social burden. For instance, over 100,000 Nigerians including children under the age of five die each year from diarrhoea and other preventable WASH-related diseases. Nigeria loses N455bn due to poor sanitation. That is 1% of the GDP and a third of that cost is as a result of open defecation.

Recognizing the rippling impact that the menace has on national development, in November 2018, the Nigeria government declared a state of emergency on water and sanitation sector in Nigeria. A national roadmap and a campaign strategy was also launched to jump-start the country's journey towards ending open defecation.

When officials of UNICEF and Kano State's Rural Water Supply and Sanitation Agency (RUWASSA) embarked on advocacy visits to sensitise and mobilise the support of political, traditional and religious leaders and community members to end open defecation, Dr Adnan was the first traditional leader to pledge his support.

"After that visit, I clearly understood the dangers of open defecation to everyone, especially children," the district head spoke through his court interpreter.

Nigeria adopted the Community-Led Total Sanitation (CLTS) approach to promote sanitation uptake in 2008 with UNICEF providing support in 21 states. Out of the 774 LGAs in Nigeria, 13 LGAs have been declared Open Defecation Free (ODF). That is, over 18,000 communities have stopped open defecation.  Currently, only two of the 332 communities in his LGA are open defecation free but Dr. Adnan is undaunted. He hopes that the whole of his Local Government Area- Dambatta - will join this elite ODF group soon. After all, the journey of a thousand miles begins with motivation, commitment, and determination. Qualities that our nonagenarian royalty possesses in good measure. 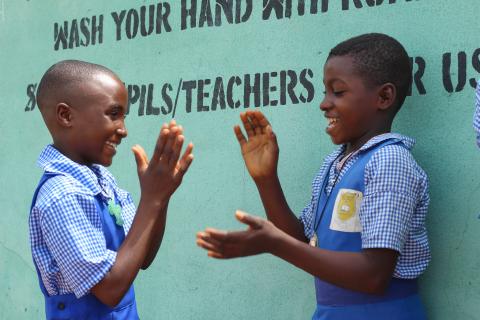 A child sanitation champion’s impact on a community 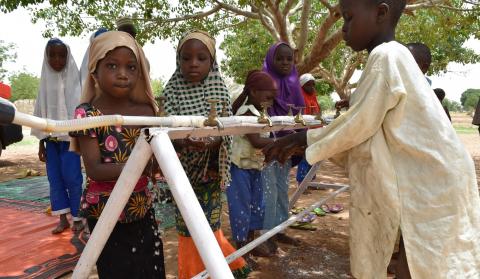 Easy access to clean water for drinking and handwashing, and the availability of separate latrines give parents confidence to send their daughters to school 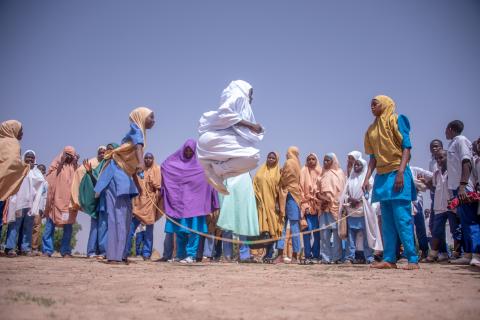 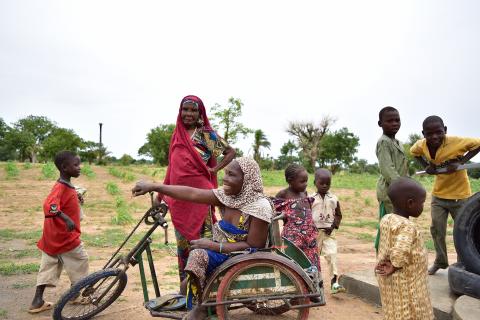 Getting clean water in a wheelchair