Amira sets aside her fears and returns to school

For Amira, returning to school has marked another change in her life – a return to planning for a promising future

It was 6 May 2018 when Amira Salisu’s life changed forever. As a 13-year-old primary school student in Shekwa village in the Batsari local government area of Katsina State, northern Nigeria, she had longed to continue her education alongside her older brother and then eventually become a journalist, the first in her community.

But then came the day she and her parents heard gunshots, and a gang of men appeared in her family home, just as her brother was returning from school.

“They slaughtered my brother right in front of my parents and me,” Amira recounts, two years later. “He had just returned from school and was still wearing his school uniform. My mother tried to hide him away, but the bad men had followed him home.”

While life continued, she and other children were scared to put on school uniforms again, fearing further attacks. Her family’s trauma is just one of many similar stories stemming from violence in northern Nigeria, which has forced many to upend their lives and flee their homes.

“The people of our community were afraid to allow their children go to school again because everyone saw what happened to my brother. The bad people made everyone run away from the village after the attack,” she said.

Amira has now managed to overcome her fear and returned to school, helped by the Girls Education Project Phase 3 (GEP3), an eight-year project started in 2012 that seeks to ensure more girls complete basic education and acquire life skills.

The project, funded by UK’s Foreign and Commonwealth Development Office (FCDO), is implemented by UNICEF in partnership with federal and state governments. The project’s focuses on six northern states that have a high number of out-of-school girls - Bauchi, Katsina, Niger, Sokoto, Zamfara and Kano.

One of the project’s interventions is the High-Level Women Advocacy (HILWA), a group of influential women in the six states who run school enrolment campaigns and lobby decision makers to create opportunities for women to acquire positions of authority in the education sector.

Since forming in 2014, HILWA has shown substantial results, including training thousands of women to conduct regular school enrolment drives and educating parents in communities such as Shekwa on the need to enroll their daughters in school.

“Before, I didn’t want to wear a school uniform again, because I believed if I went to school again, I might be killed like my brother,” said Amira. “I eventually returned to school in September 2019 after HILWA spoke to my mother and me about the importance of girl child education.”

Hauwa Kaikai, UNICEF Katsina Gender officer, said the GEP3 project has committed to boosting the enrolment of girls in schools, and that more than 1.3 million girls in primary and secondary schools have been enrolled across the state.

For Amira, returning to school has marked another change in her life – a return to planning for a promising future.

“That day I told myself that I can become whatever I want in life - in my new school. I have made a commitment to finish my education.” 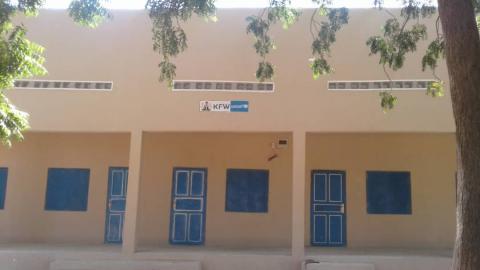 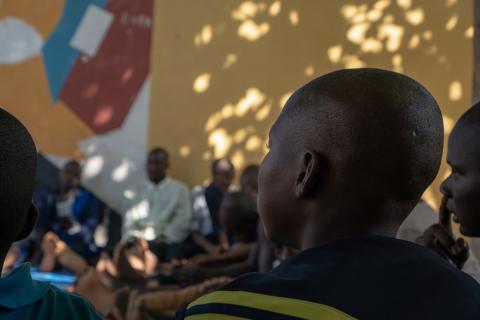 Teachers: Shaping the Future as the Pandemic Rages

Despite the challenges posed by the COVID-19 pandemic, teachers have kept their students learning. They are the unsung heroes of this pandemic. 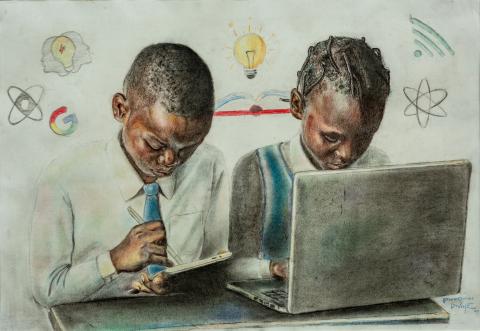 Students express fear and hope for what the future holds

Nigerian schools were shut down for about seven months due to the pandemic. During that time, UNICEF and its partners worked hard to help ensure childre