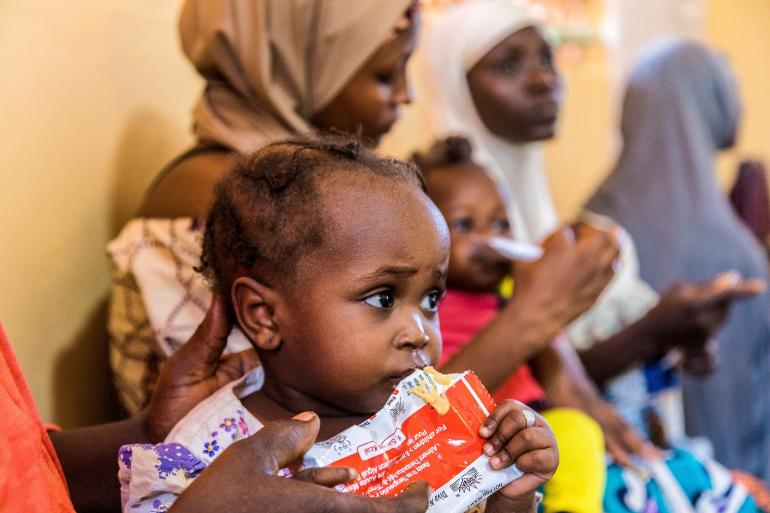 NEW YORK/ABUJA, 21 September 2022 — Governments, philanthropies, and private donors have pledged approximately US$577 million since July in response to the deepening child malnutrition crisis – with at least 60 per cent of that amount committed to directly supporting UNICEF’s work.

Roughly US$280 million of the over half billion raised was pledged today at The Child Malnutrition Crisis: Pledging to Save Lives – a high-level event co-hosted by UNICEF, United States Agency for International Development (USAID), the Children’s Investment Fund Foundation (CIFF), and the government of Senegal at UNICEF Headquarters in New York.

The governments of Canada, Ireland, the Kingdom of the Netherlands, and the United Kingdom; and the Aliko Dangote Foundation, the Bill & Melinda Gates Foundation, the Children’s Investment Fund Foundation (CIFF), the Eleanor Crook Foundation, the Greta Thunberg Foundation, Humanitarian Services of The Church of Jesus Christ of Latter-day Saints, and King Philanthropies came together at the high-level event during the 77th annual United Nations General Assembly (UNGA) to address the growing food crisis.

The commitments were made as climate-driven drought, conflict, and rising food prices continue to drive up emergency levels of severe wasting in young children worldwide. In 15 countries hardest hit, including in the Horn of Africa and the Sahel, a child is being pushed into severe malnutrition every minute, according to a recent analysis by UNICEF.

“An escalating malnutrition crisis is pushing millions of children to the brink of starvation – and unless we do more, that crisis will become a catastrophe,” said UNICEF Executive Director Catherine Russell. “UNICEF is immensely grateful for the pledges we have received, but we need further unrestricted funding to reach children before it is too late. We cannot stand by and let children die – not when we know how to prevent, detect, and treat severe wasting.”

Today’s commitments build upon pledges made in July, when USAID Administrator Samantha Power announced an unprecedented contribution of US$200 million to UNICEF to detect and treat severe child wasting, out of which US$22 million was allocated to UNICEF Nigeria to accelerate and expand the coverage of services for early detection and treatment of severe forms of child wasting in fragile contexts in the conflict-affected local government areas of Sokoto, Zamfara, and Katsina States in North-West Nigeria.

“The truth is that the majority of children facing severe malnutrition, nearly two-thirds of children, live in places that don’t normally receive humanitarian aid,” said USAID Administrator Samantha Power. “We are working to change that, to recognize that treatment for severe malnutrition should be accessible not just in humanitarian settings, but in non-crisis settings as well.”

Severe wasting – which makes children dangerously thin – is the most visible and lethal form of undernutrition. Weakened immune systems increase the risk of death among children under 5 by up to 11 times compared to well-nourished children.

In response, UNICEF has scaled up its efforts in 15 countries most affected by the malnutrition crisis. Afghanistan, Burkina Faso, Chad, Democratic Republic of the Congo, Ethiopia, Haiti, Kenya, Madagascar, Mali, Niger, Nigeria, Somalia, South Sudan, Sudan, and Yemen are included in an Acceleration Plan calling for US$1.2 billion to help avert a rise in child deaths and mitigate the long-term damage of severe wasting.

In Nigeria, UNICEF is meeting the increased demand for nutrition services, treating severe acute malnutrition in children living in fragile conditions, providing core preventive nutrition services across the first 1000 days, from pregnancy through 24 months and building the resilience of the mother-child dyad across all accessible LGAs in Katsina, Sokoto and Zamfara States.

“The treatment of child malnutrition cannot stop at only providing nutrition services,” said Cristian Munduate, UNICEF Nigeria Representative. “With this fund, we are not only reaching approximately 200,000 children with treatment for severe acute malnutrition, but also strengthening the availability of nutrition data for decision makers, strengthening programmes in health facilities and integrating WASH interventions.

The pledges to UNICEF will help provide services for the early prevention, detection and treatment of child wasting, and expand access to life-saving ready-to-use therapeutic food (RUTF) and other essential nutritious commodities needed during crises.

During today’s event, UNICEF and partners also launched an expansion of the Child Nutrition Fund, a long-term multi-partner financing mechanism to support the early prevention, detection and treatment of child wasting. By working with governments to consolidate and strategically allocate financial resources, the Child Nutrition Fund aims to accelerate global progress and end the cycle of severe child wasting.

“We are witnessing an unprecedented child malnutrition crisis. The fact that many millions of children have to experience severe malnutrition in their first few years of life is unacceptable,” said Co-founder and Chair of CIFF Chris Hohn. “We already know many of the solutions for prevention, early detection and treatment of child wasting but we need to do more to ensure these solutions are scaled. This requires sustainable long-term and coordinated funding. The early success of the Child Nutrition Fund is incredibly encouraging and its expansion into becoming the largest centralised response to combat child wasting at scale is exactly what’s needed. I am pleased to announce the CIFF intends to allocate an additional $40 million for addressing child wasting.”

“As we face global challenges, including the ripple effects of COVID-19, we should always keep acute malnutrition and stunting as priorities on the multilateral agenda,” said Minister Counsellor at the Permanent Mission of Senegal to the United Nations Diamane Diome. “Working with national and international stakeholders, such as USAID, UNICEF, the World Food Programme and other multilateral and bilateral partners, Senegal has made great progress in this regard. This shows that we can overcome the challenge of child acute malnutrition and stunting, if we work collaboratively and with a sense of urgency, on the basis of our shared values. Senegal is committed to sharing the experience and lessons it has learned in the process. That is why I am happy to take part in this timely meeting alongside USAID and UNICEF.” 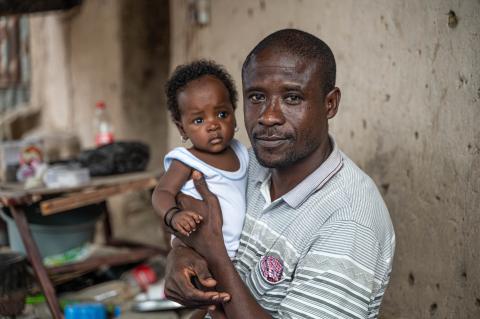 In Nguru Local Government Area, Yobe State, fathers are taking the lead in ensuring that their children grow and thrive by receiving a nutritious diet. 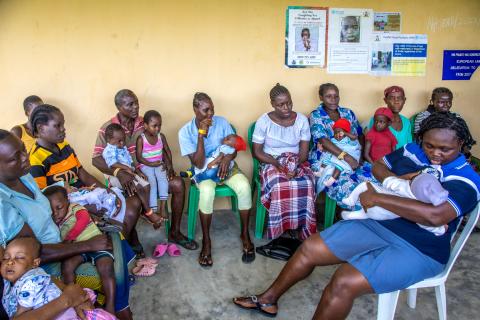 Thanks to lessons learned from Mothers' Support Groups in Nembe, Bayelsa State - parents are now more knowledgeable about their infants' nutritional needs 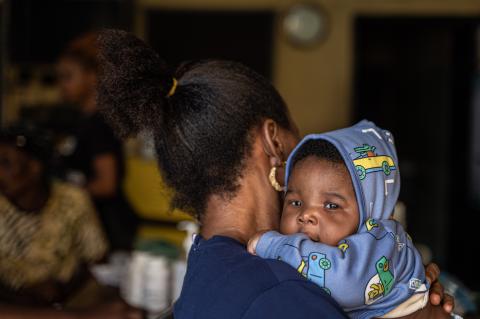