“When I talk to my mom on the phone, she says I’ve changed”

Evacuated to Niger, uprooted children from Eritrea and Somalia share the objects and experiences on their way to a better future.

During the past decades, the issue of migration has considerably increased in Niger. The country has become a major transit hub for migrants travelling to North Africa and Europe and a source country for migrants to Algeria.

The movement of migrants through the Sahara Desert continues to have a devastating toll on human life with many dying on their way across the desert – a journey which entails severe risks, such as extra judicial killings, death through dehydration and starvation, extortion, torture, sexual violence and exploitation, and forced labor.

A journey with little or almost nothing in their backpacks.

*Yonas, 16, left his home country, Eritrea, in 2016. He fled “looking for a better life in Europe” due to the instability in his country. He crossed Ethiopia, Sudan, and Libya taking pickup cars and trucks going through risky routes until the Libyan city of Tripoli, where he was evacuated by UNHCR to Niamey, Niger.

A year ago, he found a yellow hat in a detention center in Libya. “Since then, I keep it with me, even in Niger! During my time in Libya, it protected me during cold nights. Now, it became special to me, I want to keep it until I make it to the United States. That’s where I want to go.”

*Mebratu, 16, also known as ‘Tanki’ by his friends, is a 16-year-old boy from Eritrea. He knows what it means leaving your family behind and traveling unaccompanied as a young boy. Two years ago, he left Eritrea, escaping from enforced military service and the scourge of poverty. After a hazardous journey, he was evacuated to Niger as an asylum seeker.

Music is one his greatest passions. He loves to listen to Eritrean traditional songs in his headphones found on his journey. “I just love it. Music is always with me and will be. I listen to it every morning while doing sport. It helps to reduce my stress while I am waiting to have a solution for my future.”

*Kidane, 16, emigrated from Eritrea two years ago due to political instability in his home country. “In Eritrea, there is no future for children like us. I wanted to go to school but the political situation makes things very complicated. I had fear so I decided to leave.”

Like Yonas, he crossed Ethiopia, Sudan, and Libya going through risky routes until the Libyan city of Tripoli, where he was evacuated by UNHCR to Niamey, Niger. Kidane is waiting to be relocated to a European country as an asylum seeker.

Eight months ago he started building a traditional guitar with the backrest of a chair.  Now the strings are broken, but in the transition center, all the refugee children know him as an artist.

A hair cutting and shaving razor

*Abshir, 17, is a refugee child from Mogadishu, Somalia. He fled his country two years ago escaping from conflict and violence. ‘I left Somalia to Yemen by boat; we were at least 91 people in the same boat. From Sudan to Libya I took a truck full of people fleeing like me. I remember how some of them even drunk their own urines to survive a six-days journey through the Sahara Desert until the border with Libya.”

Abshir stayed four months in a detention center in the town of Al Kufra where the Libyan authorities rarely opened the windows of the center to provide food and water.

“After four months in the center, I paid around 2000 USD to arrive in Tripoli to take a boat to Italy. But the engine of the boat had a problem just a few kilometers from the Italian coast. It was awful. When I was in the boat, I saw my future through the lights of the Italian coast. I was so close. I believe our destinies are written, but I don’t know where.”

Abshir stayed two months in another detention center in Tripoli where UNHCR organized his evacuation to Niger with other children and asylum seekers.  “When I talk to my mom in the phone, she says I’ve changed since I left Somalia.”

In the transition center, he shares his razor with other children . He often cuts their hair and they improvise new haircuts. “ like this hair machine, is part of my memories already. With it, we can change our hairstyle and we have good times despite the hard times we are going through” he says.

Names of individuals have been changed in order to protect their right to privacy.

Since 2017, UNICEF and partners supports uprooted children under the care of the three transition and orientation centers (CTOS) managed by the Niamey Directorate of child Protection while the rest are supported by COOPI, an international NGO. There is evidence that almost all children were severely tortured, and abused by notorious human traffickers, while transiting through the Sahara Desert and in Libya.

In Niger, UNICEF is supporting the Government to ensure that programmes and policies in response to the migration crisis put the rights and needs of all children first. UNICEF is working to expand humanitarian services wherever they are needed on refugee or migration routes, including providing water and age-appropriate food and establishing child-friendly spaces, where children can play and benefit from psychosocial support, and women can rest and take care of their babies.

UNICEF considers the suffering and discrimination of migrant children is unacceptable and preventable.

No child should be separated from his or her parents or detained, and children should never grow up in fear of detection and deportation.

Thanks to support from the UK’s Department for International Development (DFID), the RDPP NA Programme, the Italian Agency for Development Cooperation, and the EU - UNICEF is helping migrant children have access to support, education and protection.

More info the work of UNICEF with Uprooted children here: 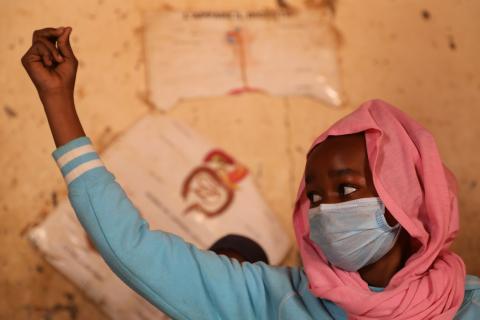 Thousands of migrants, of various nationalities, living in Libya were forced to flee the violence and have sought refuge in Niger. 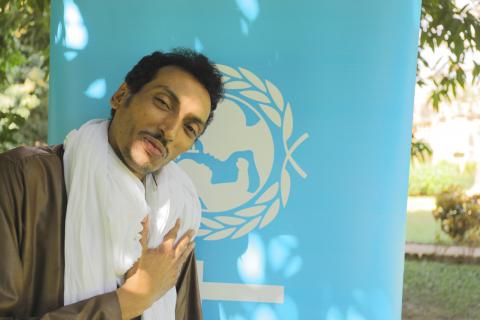