Mahottari, Nepal, 14 October 2017 - On a warm Saturday morning, Aarati Mishra breastfed her six-month-old son Rohan. Her husband Aakash began combing their two-year-old daughter Aalya’s hair. Dressed in a yellow outfit, Aalya sat quietly as her father finished getting her ready. The family of four then took a 45-minute bus ride to Jaleshwar, the district headquarters of Mahottari in southeastern plains of Nepal.

In Jaleshwar, Aakash and Aarati were two of more than 4,000 parents and caregivers visiting Avivawak Mela, a one-day parental education fair organized by the local government and supported by UNICEF and its partner Seto Gurans. The fair was a day of fun and learning and included various theme-based stalls providing information on the importance of early childhood development as well as local customs and traditions related to child rearing. It also included a play area and an indoors area for activities for children.

Ten best parents from the parental education programme in the district were felicitated during the fair along with five best early childhood development facilitators. During the event, popular Nepali actors Sitaram Kattel and Kunjana Ghimire read out letters to each other highlighting what made him or her a good parent for their five-year-old daughter.

For the last eight months, the Mishra couple had been involved in parental education programme for parents and caregivers of children under the age of five. The programme promotes childcare responsibilities by improving knowledge, attitude and practices of parents and caregivers. This included providing information on maternal and child health, nutrition, safety and protection, early learning and stimulation, gender roles and equity, importance of play and many more. In addition to Mahottari, the programme was implemented in Achham, Bajura, Kalikot and Mugu Districts, where 500 early childhood development facilitators were trained and who then shared the parental education package with over 15,000 parents and caregivers.

“Our daily life was like that of most Nepalis,” said Aakash. "My wife, mother and sister would take care of the children. They would feed, bathe and clean them. I used to help out only sometimes.”

As an engineer working at a construction site, Aakash was more concerned about earning a living for the family. However, his outlook on parenting changed after being involved in the programme.

“I came to understand that the responsibilities are shared 50-50 for both mothers and fathers,” he said.

The thinking is a departure from local tradition in the region where child rearing is considered as the primary responsibility of women and where fathers carrying their children or caring for them is frowned upon.

As a more involved father, Aakash has also learnt about immunization, different stages of brain development of a child and the important role fathers play during these periods.

“I have also learnt not to scold or beat children,” Aakash said as he continued to comb Aalya’s hair. 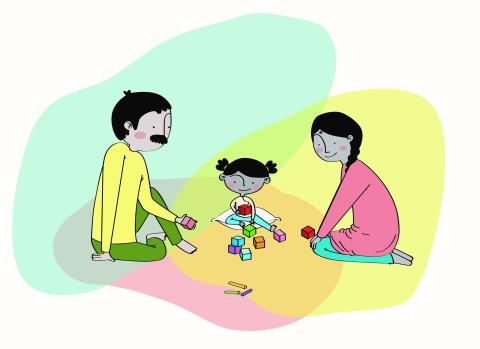 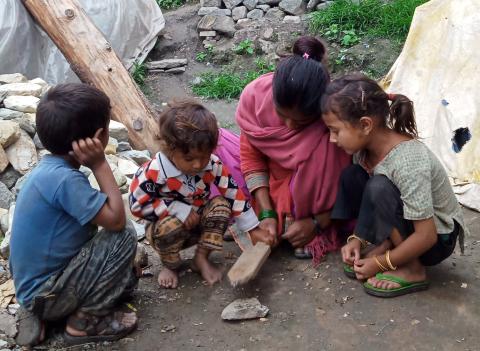 In far-western Nepal, a UNICEF-supported parenting education radio programme has strengthened relationships between caregivers and children 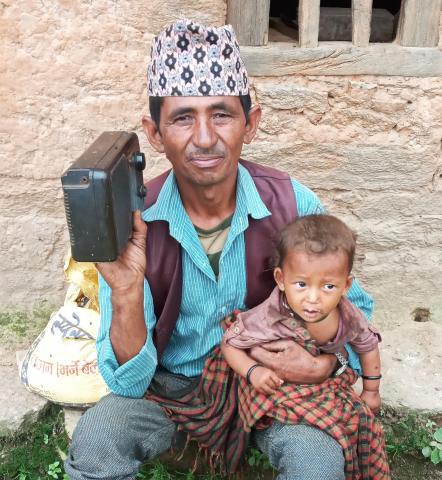 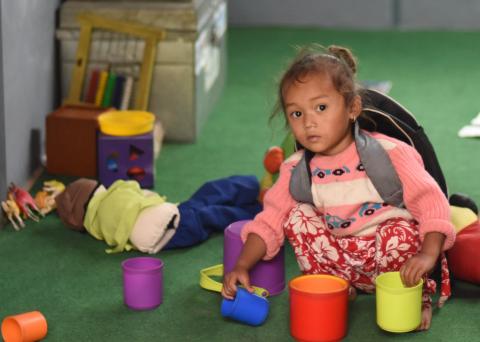