Saptari, Nepal: It was eight years ago when, in addition to her existing roles as a homemaker and mother, among others, Budhani Devi Khong took on the additional role of a female community health volunteer or FCHV.

“I knew I wanted to serve and protect my community,” says the resident of Piprapurba in Saptari District in Nepal’s southern plains. “Being a female community health volunteer seemed like the best way to do that.”

Of course, this meant making quite a few adjustments to the quiet life she had led until then. But Budhani says she had the full support of her family members in tihs, including that of her husband Kumar. Unlike most men in their society, Kumar had always been keen on helping her with household chores, according to Budhani, and it was his encouragement that had given her the push to take up this new path. 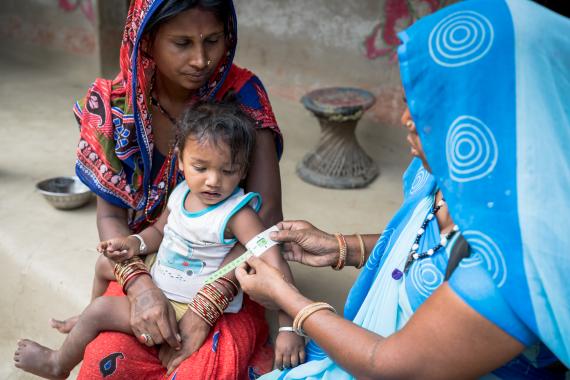 Once recruited, Budhani went through a number of trainings as part of the FCHV orientation package. And today, eight years later, she has become a fixture in her community – recognized and respected for all the work she has done.

When asked about her primary responsibilities, Budhani says it has to do with helping to improve the health and nutrition of women and children. This includes facilitating monthly mothers’ group meetings where she talks to women from the village about such issues as the importance of a balanced diet, regular doctor’s visits during pregnancy, how long to breastfeed a child and why, among others.

Children’s health is another key area of focus, where Budhani ensures that all children are listed at the community clinic. She regularly carries out mid-upper arm circumference or MUAC tests on children – using the colour-coded MUAC tape to discern the child’s nutritional status and counselling families on the next steps depending on the results. “One of my responsibilities is also to ensure every child is fully vaccinated,” she adds.

Budhani has already witnessed a number of improvements in Piprapurba over time. “People have started to grow vegetables in their kitchen gardens,” she offers as an example. She also says the families she has counselled have been buying healthier food options such as fruits, eggs and vegetables, and cut down on processed and packaged items. What’s more, her efforts have also helped to reduce home births in the area.

In all, Budhani sees herself as the first point-of-contact for women and families in the journey towards better health and nutrition. She’s happy with the contribution she has made so far, and hopes to continue serving her community in the days to come.

Says husband Kumar: “To people in the community who think women should be limited to housework, I give them the example of my wife and the amazing work she’s doing to help others. I’m very proud of her.” 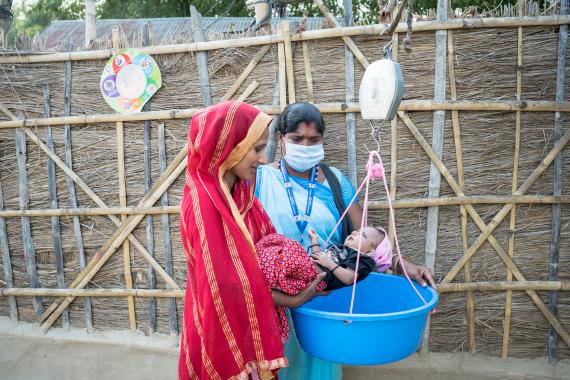 Over 51,000 female community health volunteers like Budhani are currently working across Nepal, acting as a crucial bridge between communities and health facilities. Their efforts have been key to the progress made in reducing maternal and child mortality and morbidity rates in the country. With generous funding from the European Union, UNICEF is supporting the Government of Nepal in the capacity enhancement and mobilization of FCHVs. 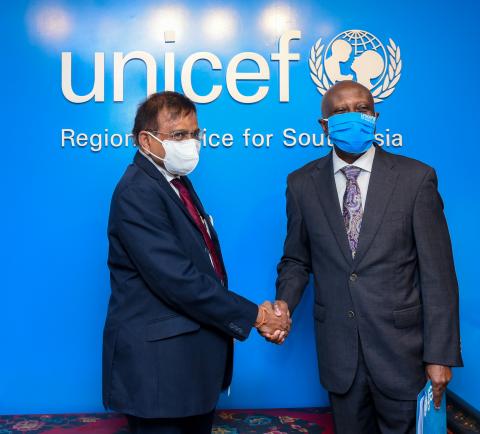 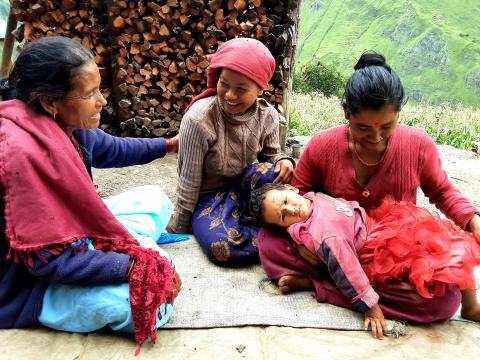 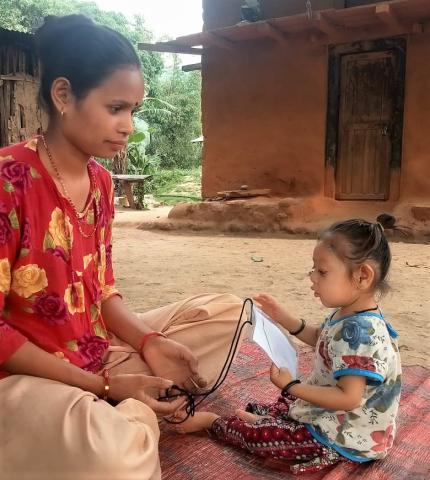 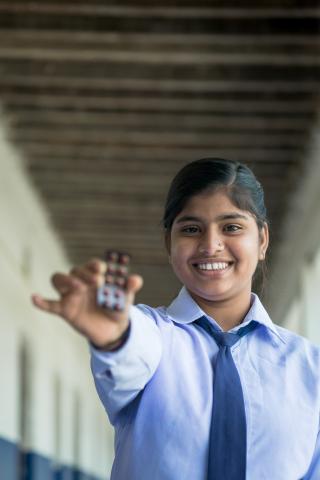