Mg Kyaw Zan is showing us eight fingers. He is eight years old. He cannot speak but he is a great communicator. He joined Grade 1 when the school year began last month. He is joyful and loves writing and painting. Today, he is drawing different types of fruit and learning how to recognize them. His friend from kindergarten  class, Mg Soe Myint, who has an intellectual disability, is also in the class. Both take part in all activities and feel included in their new group, just like Khin Maung Soe, their other classmate from KG class, who is now in a different Grade 1 class in the camp. Khin Maung Soe has a physical disability and walks with difficulty.

The three of them started their school life last year in kindergarten class with two volunteer teachers who had just taken part in an inclusive education workshop organized by partners, with the support of UNICEF, in Baw Du Pha camp in Sittwe, Rakhine State. It is one of the camps for displaced people where UNICEF, with partners, supports the Government to provide learning opportunities for about 8,000 students.

The three children often return to visit their kindergarten classroom. They love their new teachers and class, but “KG was so much fun!” they say. So how do you make it fun for everyone in a class of 35 children aged between 5 and 7, with three children with special needs? “It was a bit difficult at the beginning,” says Tun Myint Naing, one of the teachers, “but thanks to the techniques we learnt in the inclusive education workshop and extra attention, we managed to include all the children and create a positive environment for all of them.”

‘Extra attention’ are two words that Tun Myint Naing mentions several times when he speaks about his three ex-students, ‘before the training, I thought that children with disabilities had to be treated equally so that they wouldn’t feel different and would integrate more easily; during the workshop, I understood that those children need special attention and extra care - and their classmates can understand that, if it is actually explained to them’.

During the three-day inclusive education workshop, teachers learnt to focus on the capacities of children with disabilities by creating an enabling environment. Awareness raising and capacity building of teachers on learner-centred pedagogy is one of the first steps towards promoting inclusive education in a country where an estimated 67 per cent of children with disabilities do not attend school1.

Creating an enabling environment involves having a better understanding of the different types of disabilities, using teaching techniques adapted to each type of disability as well as raising awareness and promoting acceptance amongst all children in the class. For example, the teachers learnt how to assign buddies to children who need extra help, play blind-fold games to sensitize children about those with sight impairments and to discuss the impact of teasing each other.

In the camp, the Grade 1 teachers also benefitted from the workshop and therefore the three kindergarten classmates will be able to continue schooling in an inclusive environment.

Before saying goodbye to Khin Maung Soe, the child with a physical disability tells us he wants to become a teacher when he grows up, and the smile on his teacher’s face, without any words, says it all. 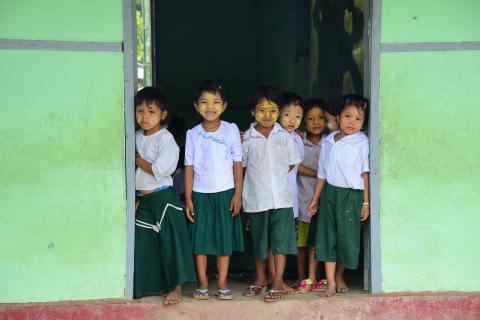 Towards a brighter future
Myanmar’s western Rakhine State is one of the poorest and most isolated parts of Myanmar, and often it is children’s education that suffers.
Read the story 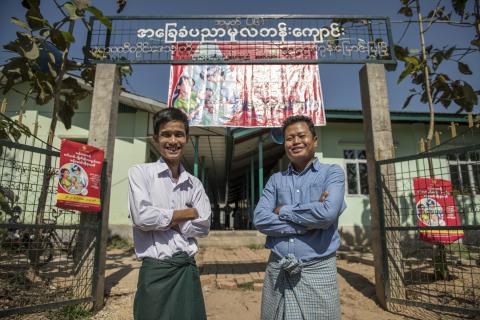 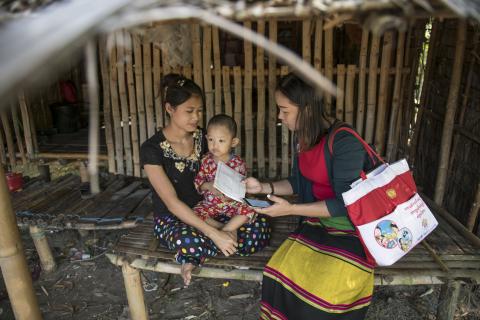 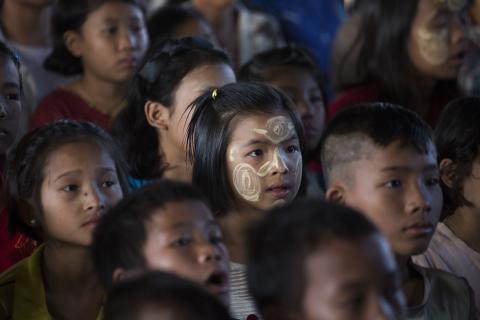