As the monsoon season is underway, U Shwe Ling, the assistant director from the Hakha District Education Office, Chin State, has been advising school students on how to be better prepared than before.

U Shwe Ling warns of impending landslides, particularly if it rains continuously for a week or more and the importance of keeping drains and ditches clean. He also has advised on precautions to take during storms, including lightning strikes and cyclones.

The memory of the year 2015 floods is ever present. During that time, torrential rain poured down for 10 consecutive days on Hakha, the capital of Myanmar’s remote mountainous State of Chin, and the nearby Falam Township. Homes, schools and roads collapsed as the land disappeared beneath them and vast swaths of farmland, the mainstay of the economy in Chin State, were destroyed. “I felt disheartened to see such great loss and human suffering,” U Shwe Ling told UNICEF.

Throughout Myanmar, over 1.6 million people, including over 550,000 children, were affected by severe flooding in the July and August 2015 monsoon rains, and at least 117 people lost their lives. Chin State, which already had one of the lowest socio-economic indicators in the country before the disaster, was one of the worst hit. In Chin, 66 schools collapsed and 47 required reconstruction. This affected 6,068 students in Chin alone.

With financial assistance from the Government of Japan, UNICEF has supported the Government of Myanmar with the reconstruction of schools, rebuilding them with materials more resistant to floods and also earthquakes, which is another threat in this region. The Ministry of Education also repaired damaged schools in the area.

While the priority has been restoring essential services, like schools, disaster risk reduction (DRR) is also important to help reduce the impact of future natural disasters. The Government, with support from partners, has therefore strengthened community emergency preparedness as well as increasing community resilience. Besides rebuilding better schools, this has included setting up disaster risk networks and DRR training centres; improving early warning systems; and building more effective drainage systems. For example, in Chin concrete drains are now in place throughout the state, including in all schools.

Furthermore, with UNICEF support and a financial donation by the Government of Japan, government officials like U Shwe Ling have participated in DRR awareness activities in schools. Some 2,400 head teachers and 9,000 teachers have been trained in DRR, benefiting over 300,000 students annually.

And in April 2018, the Hinzada Training centre in the Irrawaddy Delta region was the venue for an 11-day workshop on disaster risk management. The participants included 28 officials from Rakhine State (another state severely affected in the 2015 floods), 40 trainees and 11 education officers from Chin as well as other government staff, among them, U Shwe Ling. During the 11 days, U Shwe Ling told UNICEF how he had shared best practices and learnt about other measures that have been put in place, particularly in schools.

U Shwe Ling also told UNICEF how, since the workshop, he has carried out DRR awareness activities in 54 schools in Chin, benefitting over 300 teachers and about 2,000 students. He remarked that last year’s workshop has been particularly beneficial. “I feel I have even more knowledge to share,” said U Shwe Ling. “I enjoy sharing what I have learnt with teachers and students. I would like to have more such trainings.” 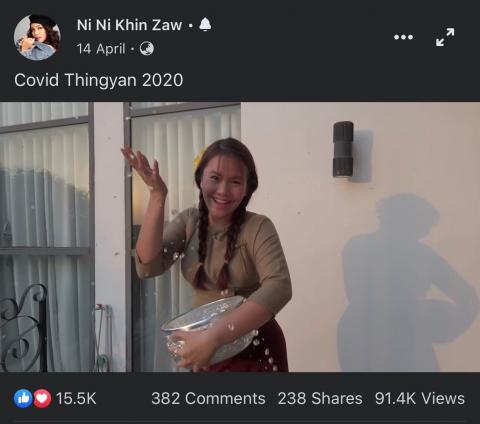 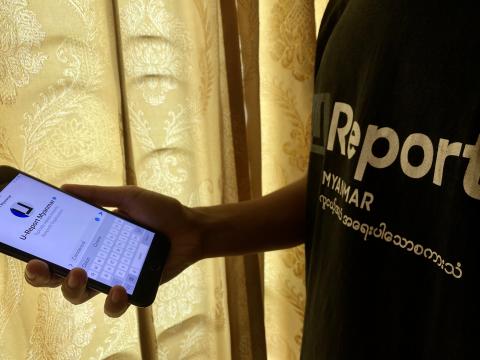 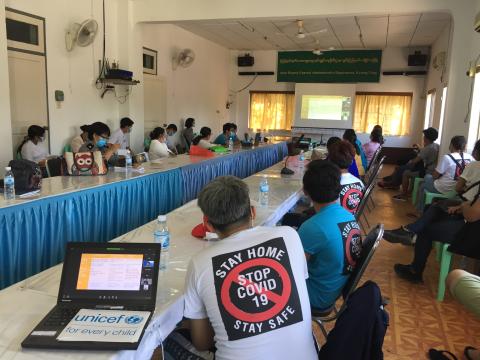 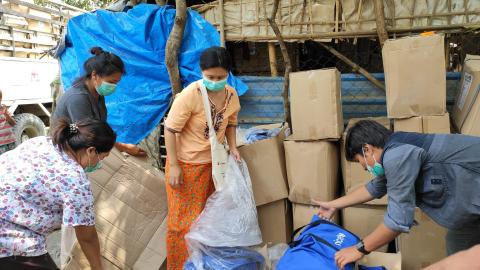