COVID-19 has caused mass global disruption and placed the most vulnerable, including men and women migrant workers and their children, in great hardship. Containment measures, notably border closures and movement restrictions, have had a significant impact on migrants, exacerbating existing vulnerabilities and potentially increasing transmission risks. Loss of income has led to insecurity, increased risks of violence and rising debts for this already vulnerable group, including for families for whom remittances are a critical income source.

In South-East Asia and the Pacific, 11.6 million people are migrant workers – 5.2 million of whom are women. Many countries in the region rely on migrant workers for the functioning of their economies to fill local labour shortages.  As of 2019, it is estimated that 2.8 million international migrant children were living in East Asia and the Pacific.

Isolation and reduced mobility have increased the risk of abuse, exploitation and trafficking in persons, particularly of women migrant workers (including by employers and partners) and children. When households are placed under the increased strains that come from security, health and financial worries, as well as cramped living conditions, women and girls are more likely to be at risk of violence and abuse. COVID-19 response measures that are not inclusive of migrant workers in the informal economy further put those workers and families at risk of exploitation.

School closures have gravely aggravated migrant children’s vulnerabilities, for whom schools provide not only an education but a haven, a source of food, an opportunity to identify abuse and an important platform through which to receive information. This safety mechanism is now lost, further compounding the disruption of child protection services, to which migrant children already have limited access. They may also face significant barriers in accessing online learning opportunities.

Attitudes towards migrant workers were not generally positive even before the pandemic and have now only worsened. In ASEAN, there have been reports of increased verbal abuse against certain nationalities and migrants presumed to bring the virus to communities. Such stigmatization and discrimination are not only unacceptable but dangerous, and it can put in particular women migrant workers, their children and families at risk of both gender-based and xenophobic violence, harassment and trafficking.

Women migrant workers fill diverse occupations including in domestic work, hospitality, seafood processing, manufacturing, agriculture and construction. Many are on the front lines of responding to the pandemic, especially as care workers. These migrant groups may be at greater risk of transmission due to their living and working conditions. Many may not be able to access essential services, especially when they need it most, including if exposed to violence and abuse.

Migrants with undocumented or irregular migration status also live in fear of deportation, making them less likely to be tested, access health screening or receive treatment, with negative consequences for their own health and that of others. In addition to the fear of losing their livelihoods if they test positive, migrant workers are also more likely to be taken advantage of, with increased wage gaps, exacerbating existing discrimination in some occupations.
We call on States to fulfill their international commitments under the Convention on the Rights of the Child, the relevant international labour standards on promoting decent work, gender equality and fair labour migration, and the Convention on the Elimination of All Forms of Discrimination against Women.

States should acknowledge that migrants are a critical part of the response to the pandemic, and take targeted measures to protect all women, men, girls and boys, including those in vulnerable situations. They should develop measures to ensure access to essential services for all, foster dialogue between migrants and destination as well as origin communities to address and prevent xenophobia, discrimination or stigmatization of migrants.

Arrests of undocumented migrants should never form part of containment measures, and in the case of children contravene the best interests of the child. Children and young people, including migrant children, have contributed valuable ideas and raised awareness on the needs and challenges of the COVID-19 response.

While the virus does not discriminate, its social and economic impact is definitely not equal. The most vulnerable who do not have social protection coverage, nor ready access to health and essential services, disproportionately bear more severe consequences.

Hence the immediate response and long-term recovery measures must be responsive to the particular needs and challenges of migrant workers, especially women and children. This is the time for solidarity and humanity regardless of nationality, migration status, gender, sex or age. Societies, more than ever, have a shared responsibility to successfully end the pandemic. No one should be left behind – no matter who or where they are, or what legal status they hold.

As highlighted in an appeal made by the United Nations Secretary-General, let us stand up against hate, treat each other with dignity and defeat COVID-19 together.

[This op-ed was originally posted on Thomson Reuters] 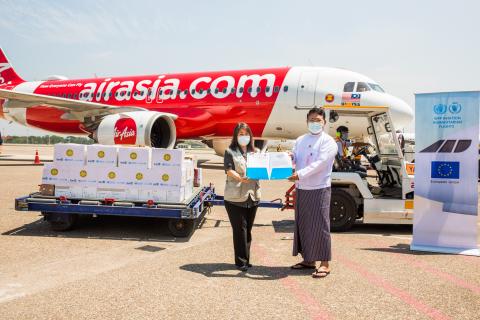 UNICEF’s support to the COVID-19

UNICEF statement on child deaths and injuries due to unexploded ordnances 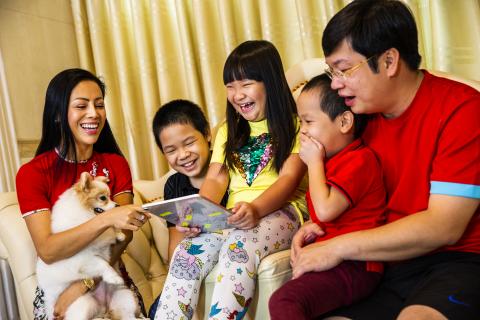 Going through COVID-19 as a family 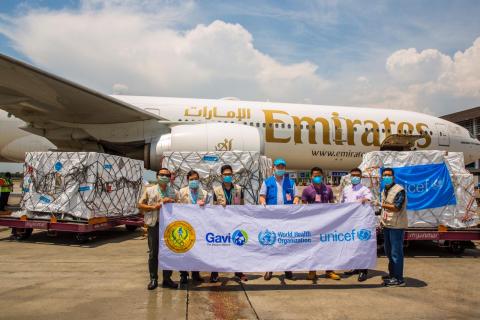