UNICEF Statement on the injury of at least 17 school children, in Buthidaung township, Rakhine State, Myanmar

YANGON 14th February 2020 - On 13 February in the morning, an artillery shell landed on the Basic Education Post-Primary School, Kha Mhwe Chaung village, in Buthidaung township, injuring at least 17 school children. We are shocked and saddened at an incident of such tragic magnitude and our utmost sympathy goes to the children and families affected.

UNICEF is deeply concerned about the alarming increase of reports of killings and injuries of children and the frequent infringements on the civilian character of schools, as a result of intensified fighting between the Myanmar Army and the Arakan Army in the conflict-affected areas of Rakhine State.

UNICEF calls on all parties to the conflict to ensure full respect of the civilian character of schools, and to prevent any interference of armed actors with education infrastructures, personnel and students, in line with national legal frameworks such as the Child Rights Law and the Nationwide Ceasefire Agreement as well as obligations under international law. The presence of armed actors in or around schools increases the risk of schools being targeted and students and school personnel may be harmed, and school facilities damaged. It prevents children from accessing education, and it associates schools with violent and traumatic events. We owe it to children to keep them safe at school and we urge all parties to the conflict, to exercise maximum restraint and to protect children at all times.

UNICEF further calls on the Government of Myanmar to endorse the Safe Schools Declaration and to adopt the Guidelines for Protecting Schools and Universities from Military Use during Armed Conflict, into domestic policy and operational frameworks.

We call on the Government to join the other 101 countries that have already endorsed the Declaration, and for all parties to the conflict to express their commitment to the protection of students, teachers, and schools during military operations.

UNICEF Myanmar Statement on the killing and injury of children in Myebon, Rakhine State 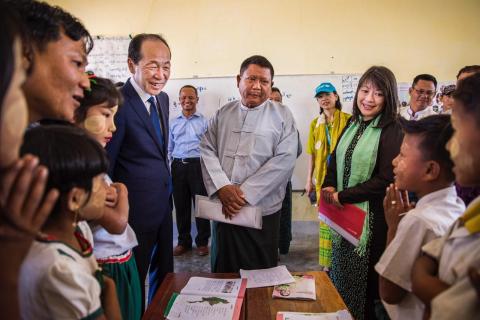 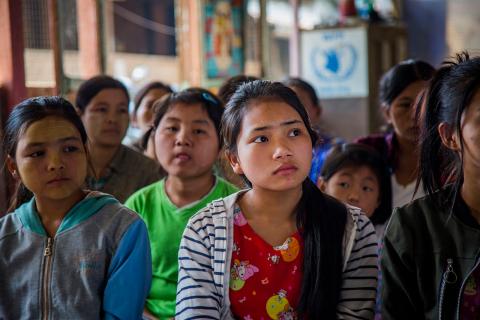 Zaw Mar Luu got her first period in 2012, shortly after the decades-long conflict in Kachin forced her family to flee their village and seek refuge