“Today, we pledge our full respect for the guiding principles of the Convention and we make this pledge directly to children themselves,” said the Union Minister of Social Welfare, Relief and Resettlement, H.E. Dr Win Myat Aye. “Children are our greatest assets for a peaceful, just, inclusive and prosperous Myanmar.”

The year 2019 has been a landmark year for Myanmar with the identification of priority actions to reach every child by 2030 at the beginning of the year; the adoption of the new Child Rights Law; and the recent ratification of the Optional Protocol on Children and Armed Conflict. “Now, is the time to accelerate our efforts to increase the participation of children in matters affecting their lives. This Summit is a demonstration of our commitment to uphold this fundamental right,” added the Minister.

The children and adolescents participated in a pre-Summit creative thinking workshop to conceptualise and develop mechanisms for creating spaces for children to voice their issues. During the Summit, they presented the following recommendations:

“Together, you have convinced us that when participation is meaningful, children and adolescents feel more empowered to come up with solutions that could change the future,” said Dr Khin Soe Soe Kyi, Chair of the Women and Child Rights Parliamentary Committee.

Duncan Harvey, National Director of Save the Children said, “Today is a time to reflect on the huge achievements made around the globe and here in Myanmar to uphold the rights of all children. This year, as we also celebrate our 100th anniversary, we are pleased to join the Government and our partners to reaffirm our commitment to ensure that even the most vulnerable children can survive, learn and be protected.”

“We call on decision makers in Myanmar to review the ideas that children developed and to commit to adopt one or more of the proposed spaces and innovative solutions for listening to children’s views,” said June Kunugi, UNICEF Representative to Myanmar. “As always, UNICEF is committed to working together with the Government, partners and children themselves to a build a better future for every child.”

At the Summit, more than 100 children and adolescents engaged with representatives from Union Ministries, state and regional governments and members of the Union Parliament.

The Convention on the Rights of the Child is a UN human rights treaty outlining the distinct rights of children. It is the first legally binding code of child rights in history.

The CRC was adopted by the UN General Assembly on 20 November 1989 and came into force on 2 September 1990. The guiding principles of the CRC include non-discrimination; best interest of the child; the right to life, survival and development; and respect for the views of the child. 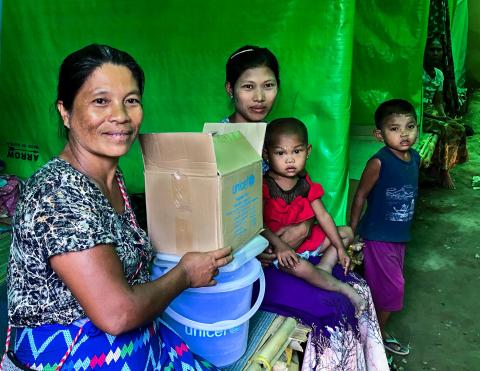 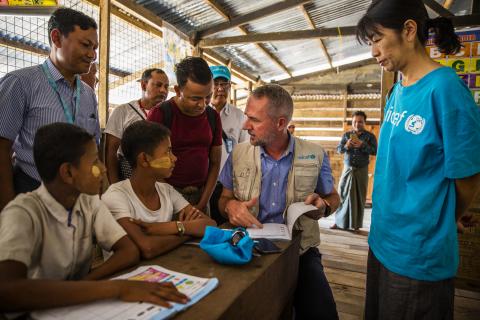