"I dream of the day I’ll have a house that does not fall down with wind or lets water in when it rains."

Light for the World/2021/Miraldina Gabriel

Ndedja, SOFALA - Isabel José Duarte is a 27-year-old woman with multiple disabilities, mother of two children who live in the Ndedja Resettlement Centre in Nhamatanda.

Like many other people living in the resettlement centre, Isabel was affected by storm Chalane, which hit Sofala province on the 30th and 31st of December, destroying her house.

"When the wind came, I was at home sleeping with my children, then it started to rain a lot and water was pouring inside the house, my mother came to take us to her house, and when we woke up, I saw that my whole house had fallen down, my flour was wet and all clothes too," said Isabel Duarte.

Isabel arrived at the Ndeja Resettlement Centre after the terrible cyclone Idai in 2019 completely destroyed her old home in Tica, and she was forced to take refuge in a safer area. Less than two years after the initial catastrophe. Once again a natural disaster destroyed what she had painstakingly managed to build.

"It feels like we are going backwards, we were used to staying here, we were getting our things back, now again we have lost everything. I dream of the day I’ll have a house that does not fall down with wind or lets water in when it rains," said Isabel Duarte.

While such better days do not come, the hardworking Isabel Duarte continues working on her farm, from where she earns her living and hopes that it will produce enough for her to be able to sell, and perhaps buy material to rebuild her new house. 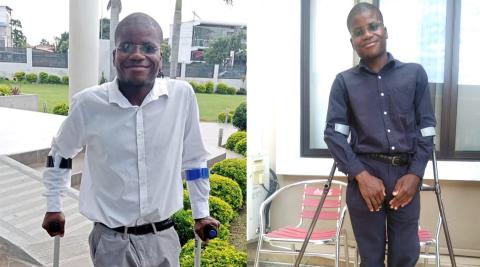 We are capable, our dreams go beyond what you can imagine

Employment opportunities for people with disabilities is another problem I see in our society. 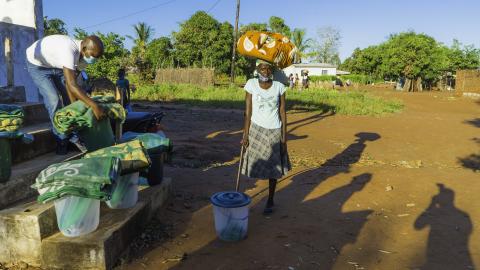 To mitigate the suffering of children and people with disabilities in Búzi district, Light for the World in partnership with UNICEF, distributed shelter kit 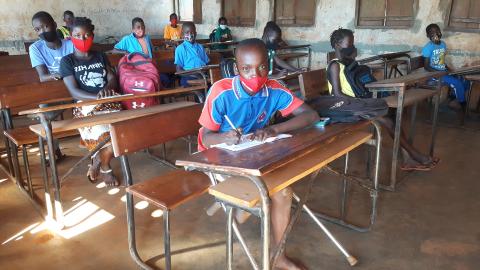 “I dream of becoming a tailor or a fashion designer as soon as I finish secondary school, because I like to be independent at work." 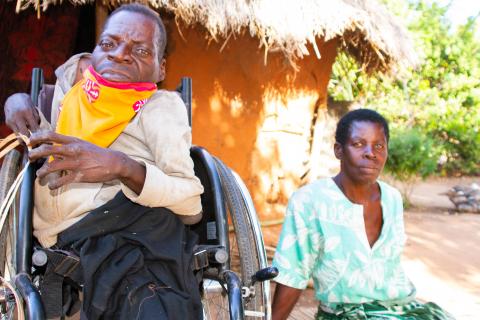 Because of the coronavirus, the source of income for many elderly with disabilities was affected due to the fear of the pandemic.