Closing a cycle of celebrations for the 30th anniversary of the United Nations Convention on the Rights of the Child, youth voiced their demands to end violence against children. 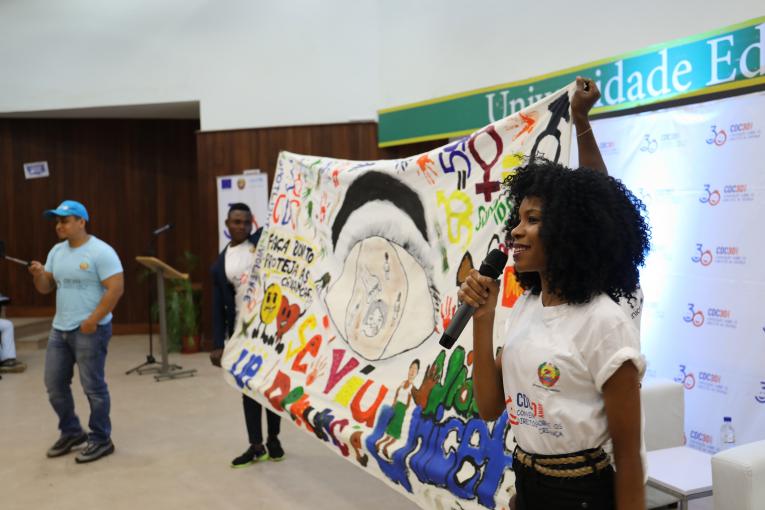 MAPUTO - Today in Maputo, over 100 children and youth led a summit calling for an end to violence against children in Mozambique. At what was an entirely child-led event, they questioned decision-makers, including the Ambassador of the European Union to Mozambique, the UNICEF Representative and members of the Police, about existing policies and responses to violence against children.

This morning, a piece of art on the topic of violence was also created and unveiled at the event, sending a strong visual message to decision-makers of the importance of this issue to the country’s children and youth.

The summit closed a cycle of child-led events held over the last three months, from Nampula to Maputo, which celebrated the 30th anniversary of the Convention on the Rights of the Child (CRC), the most widely ratified human rights treaty in history.

This European Union-supported event focused on Article 19 of the CRC, which establishes the right of every child and young person to be protected from violence. The topic is of particular relevance in Mozambique, where violence, including gender-based violence is widespread and child marriage rates are among the highest in the world. In Nampula Province, nearly 62 per cent of girls marry before the age of 18, way above the already high national average of 48 per cent. Child marriage deprives children, mostly girls, of their childhood, leads to school dropout and pushes them into childbirth at a dangerously low age, endangering their life and health, and that of the baby.

During the event the European Union Ambassador, Antonio Sánchez Benedito Gaspar, highlighted that “every child has the right to be protected from all forms of violence, whether at home or in the community, at school, online, particularly in social networks, in places of institutional assistance or in judicial institutions. We recognize the progress made by the Government of Mozambique on the legal framework for the protection of children's rights. This progress is also recognized by the United Nations Committee on the Rights of the Child, which in September made several recommendations for improvements on the implementation of the Convention."

To respond to the pervasiveness of gender-based violence around the world, the European Union and the United Nations in 2017 launched the Spotlight Initiative. This global programme to end all forms of violence against women and girls is backed by a 500 million Euro investment from the European Union. For Mozambique, one of the eight African countries selected for the programme’s implementation, 40 million Euro has been allocated and will be disbursed over four years (2019-2022) and benefit approximately six million Mozambicans.

Breaking the cycle of violence in all settings is vital not only for the current wellbeing of the affected children, but also to ensure they grow up as responsible and caring youth and citizens. This a precondition for any society to prosper.

“A law prohibiting marriage below the age of 18 has now been passed by the national Parliament. UNICEF endorses this move,” added Marcoluigi Corsi, UNICEF Representative. He further added that “while much progress has been made to ensure that the children of Mozambique are protected from violence, we know that we can do so much better. UNICEF will continue to work closely with government and its partners, including the European Union, to ensure that every child, and every girl, lives a life free from all forms of violence.”

Every year, commemorations of the CRC (World Children’s Day, 20 November) shine a spotlight on Article 12 of the CRC, which guarantees every child has the right to be heard, to participate, and to play a role in the civic life of their society. The "CRC at 30" is a moment for bold action to ensure no child is left behind and to support every child to reach their full potential wherever they are. In Mozambique this year’s CRC celebrations included illuminating public buildings in blue and hosting ‘kids takeovers’ of radio stations, debates, social media and even the Municipal Hall in Maputo. All these events had one thing in common: children took the lead, and society listened.

The Government of Mozambique ratified the CRC in 1994 and UNICEF continues to stand side by side with the Government in its efforts to address some of the most pressing issues facing children in Mozambique today. 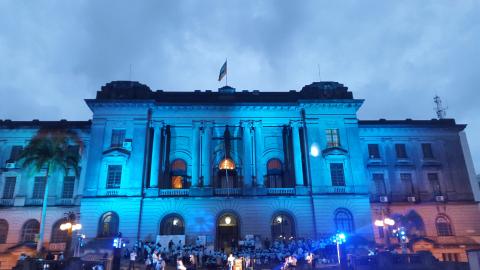 Mozambique is coloured blue to celebrate 30 years of child rights 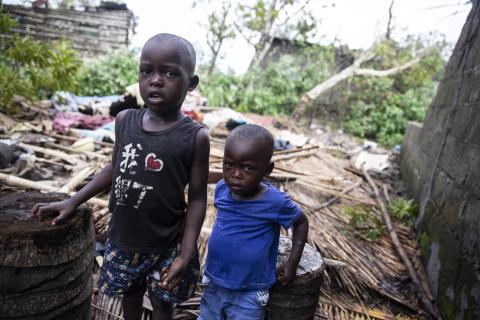