Mozambique will host an International Pledging Conference to secure support for reconstruction following the devastation caused by Cyclones Idai and Kenneth, which affected about 1.85 million people. The event will be held on 31 May and 1 June.

MAPUTO, 30 May 2019 - The United Nations in Mozambique is actively supporting the Government of Mozambique in convening an International Pledging Conference to secure the international community’s support for recovery and reconstruction following the devastations caused by Tropical Cyclones Idai and Kenneth and subsequent flooding.

The cyclones struck Mozambique in March and April 2019, the first time the country has suffered from such devastating cyclones within six weeks. Since then, the humanitarian response has reached a cumulative number of almost 2 million people in the affected areas across central and northern Mozambique. Humanitarian action scaled-up rapidly, with more than 200 organizations joining the response and more than 1,000 aid workers deployed to the affected areas. After this massive humanitarian response, efforts are shifting towards support for reconstruction, recovery, and resilience.

“This is the first time in recorded history two strong tropical cyclones have hit Mozambique and the Southern Africa region in the same season. Working with government authorities and international humanitarian partners, the United Nations was at the vanguard of the emergency response, rushing food and other assistance to victims of the flooding and cyclones that hit Mozambique” said Mr. Marcoluigi Corsi, UN Resident Coordinator ad interim and Humanitarian Coordinator in Mozambique. “On behalf of the United Nations Family in Mozambique, I would like to reassure the commitment of the UN in supporting the government-led reconstruction and recovery phase”, he said. “We will work together with all partners to advance a people-centered, gender and livelihoods responsive and inclusive recovery that leaves no one behind”.

The conference is being organized by the Post Cyclone Reconstruction Secretariat, recently established by the Government of Mozambique to facilitate the reconstruction of the affected areas and strengthening the resilience of communities. The basis for the pledges is the Post Disaster Needs Assessment (PDNA) - an in-depth and multi-sectoral technical study conducted by the United Nations (led by the United Nations Development Programme), the European Union, the World Bank, and the African Development Bank. According to the PDNA, Mozambique needs US$3.2 billion for leading post-cyclone reconstruction in social, productive, and infrastructural domains as well as the human impact in the most affected communities in the provinces of Sofala, Manica, Tete, Zambezia, Inhambane, Nampula, and Cabo Delgado.

About 500 participants from international organizations, development partners, private sector and civil society organizations are expected to be present at the Conference. The first day will be dedicated to technical discussions, and the second will focus on pledges headlined by H.E. Filipe Jacinto Nyusi, President of Mozambique and several senior ministers will also be in attendance. 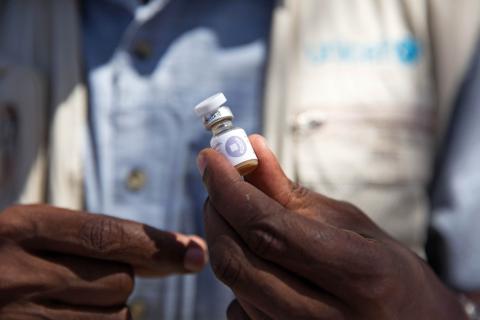 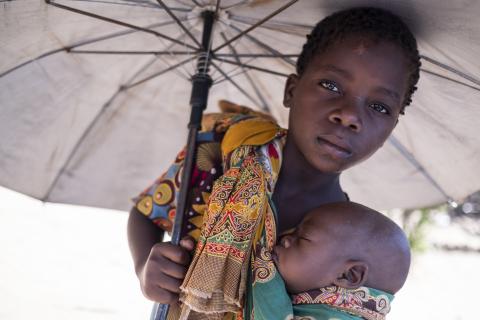 One month on from Cyclone Idai, 1.6 million children still reeling from its impact
Visit the page 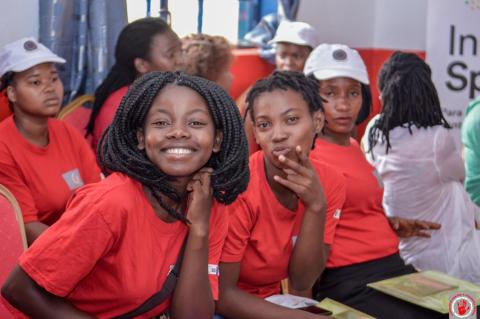 Women’s shelters bring hope to survivors of violence in Moza
The Spotlight Initiative-supported intervention has helped nine women and girls in the Chimoio district of Manica Province escape extreme violence.
Read the story 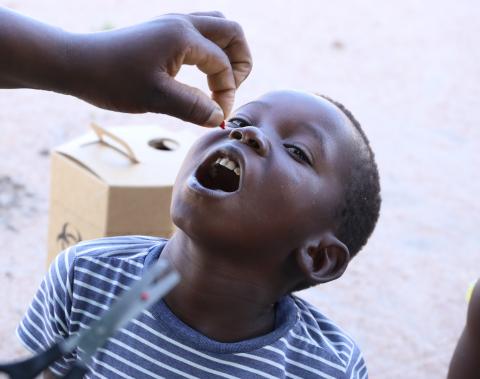 Vitamin A supplementation supports improved child nutrition
Mozambique is one of 15 countries supported by Canada to deliver this essential health intervention.
See the story