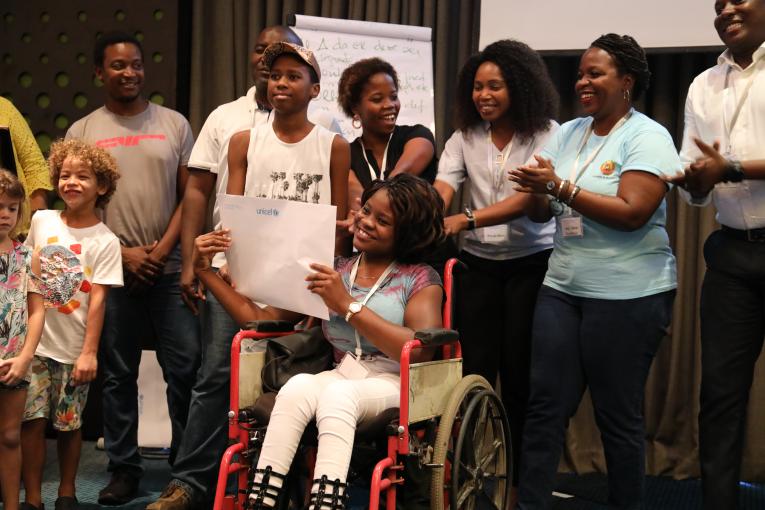 MAPUTO, 2 December 2019 – The first material production workshop to be held in Mozambique on early childhood development (ECD) concluded on Saturday with the presentation of holistic ECD materials and media for young children that will be used throughout the country in a move to promote nurturing care of young children and to encourage parents and caregivers to begin their child’s education in their earliest years.

The workshop, organized by UNICEF and National ECD Network, took place over six days in Maputo and saw early childhood experts, creative talents and artists, frontline workers and partners come together for a highly interactive and creative workshop to develop materials on early childhood development of international standards. The workshop was based on a masterclass which has now been presented in over 30 countries around the world and many of the productions from these masterclasses have won national or international awards. They have also been translated into other languages and media formats.

This is the first masterclass to take place in a Portuguese speaking country and so Mozambique is leading the way in creating ECD materials that can be used both nationwide and beyond.

“Seeing creativity and innovation like this is so exciting,” said Marcoluigi Corsi, UNICEF Representative in Mozambique. “This workshop really has brought together the best talent in Mozambique from across many sectors and these materials will have an influence on children’s lives for years to come,” he went on to say.

Early childhood development initiatives and programmes typically focus on children aged from 0 to 8 years, however, in Mozambique, the focus will be on children aged from 0 to 5 years for this initial phase of implementation. The overall outcomes and benefits for ECD include children becoming physically healthier, more emotionally secure, more socially competent and more intellectually curious. However, there is evidence that ECD interventions also have a positive effect on a country’s economy. According to a study by The Lancet in 2011, a 50% increase in pre-school enrolment in low and middle-income countries could generate benefits of $15-34 billion, at a rate of return of between 6:1 and 17:1, depending on the percentage of children enrolled.

But there are challenges both in Mozambique and the wider African continent in terms of mainstreaming early childhood development. Approximately 66% of all children under 5 years in Sub-Saharan Africa are at risk of poor developmental outcomes due to poverty and stunting alone. As a result, they will have poorer cognition, poorer educational outcomes, lower income, higher fertility and reduced child survival health and nutrition. The level of moderate to severe stunting in Mozambique, nationwide, currently stands at 43% and the level of early childhood education in Mozambique stands at just 4%.

“The argument for expanding early childhood development programmes in any society is very strong,” says Barbara Kolucki, Mozambique workshop facilitator and ECD expert. “Neuroscience tells us that a baby’s brain is forming new connections at an astounding rate pf one million connections per second. This period in a young child’s life is a critical time for healthy brain development. But this development is closely linked to a child’s health and level of nutrition and there is further progress to be made in Mozambique to improve conditions for children that allow for ECD interventions to flourish,” Ms. Kolucki concluded.

UNICEF and partners are committed to expanding their ECD activities, working closely with government ministries to further improve the education and development of Mozambique’s children.

Ms. Barbara Kolucki, is a long time UNICEF Staff and Consultant and expert with over 30 years’ experience working in Africa, Asia, Europe and the USA helping participants to develop world-class communication. She was the first Programme Director for Sesame Street, introducing children and adults with disabilities onto the TV show and facilitating the utilization and mobilization of key partners to enhance children’s learning and holistic skills. 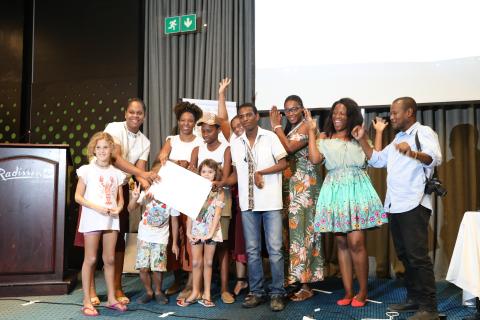 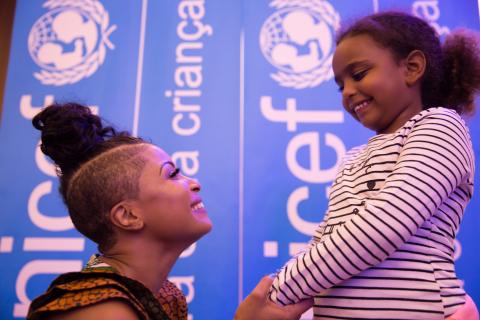 Neyma to be UNICEF ambassador until 2019

UNICEF appointed the singer, recognised in Mozambique as “the queen of the Marrabenta style”, as ambassador in 2014