In 2015, Africa was particularly hit by weather catastrophes, with Mozambique ranking first in the annual global climate risk index for that year (Global Climate Risk Index, 2017).

Generally, weather-related disasters in Mozambique usually take the form of recurrent flooding throughout the country and drought in the south and centre, which have been exacerbated by climate change. These shocks not only seriously undermine productivity, but also result in deaths and have a severe impact on the health and well-being of the nation, including contributing to undernutrition, a key threat to child development. Some 43.3 per cent of children in Mozambique are stunted, and over 50 per cent of Mozambique’s households are food insecure, 24 per cent chronically.

Between 1980–2015, Mozambique experienced 25 floods, 14 tropical cyclones, 13 droughts, 23 epidemics and one earthquake (INGC, 2016). Coastal areas, where 60 per cent of the country’s population live, are particularly susceptible to strong winds and cyclones.

It costs US$3,000 to build a cyclone-resilient classroom roof.

Within the HCT and through the Government of Mozambique, UNICEF continues to provide technical, financial and monitoring assistance to the government and humanitarian cluster coordination groups, focusing on the provinces most affected by droughts, cyclones, floods and cholera. To reinforce monitoring, UNICEF has developed a terms of reference for third party monitoring (TPM). The purpose of TPM is to provide evidence-based information and data on programme implementation, progress and results achieved against plans, constraints, and adequately monitor the emergency response. 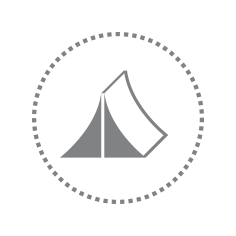 Support focuses on the development of the national assessment framework for rapid needs assessment and strengthen the systems of the National Disaster Management Institute (INGC) and line ministries to prepare and respond to emergencies. 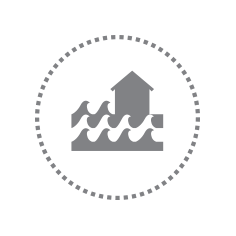 Emergency response and preparedness in all sectors, including interventions in WASH, Health, Nutrition, Education and Protection.

In health and nutrition, UNICEF support includes case management of malnourished children, as well as counselling on Infant and Young Child Feeding (IYCF). In addition to screening, treating and referring complex cases of acutely malnourished children, UNICEF has provided technical support to mobile brigades to enable them to also conduct HIV screening and referrals.

Cholera interventions, through provision of CERTEZA, include reinforcing social mobilization through training of community health workers (CHW) and religious leaders, and provision of medicines and equipment. UNICEF also has contingency plans in place for outbreaks of cholera, including procurement of tents and materials to set up cholera treatment centres if required.

Water, sanitation and hygiene support includes upgrading water points in 68 drought-affected communities and trucking water during emergencies; and during floods includes distribution of essential supplies such as household water treatment solution to prevent the spread of diarrhoeal diseases.

Protection support includes supporting a protection response for those who become internally displaced during emergency situations, including the provision of family kits, family tracing and strengthening community capacity to provide psychosocial support.

Communication for Development and support to the media play a key role in all the sectors during emergencies, as well as in all programmes that aim to make communities more resilient, by disseminating key messages.

It costs US$7,000 to construct a cyclone-adapted resilient classroom.

Schools get ready for storms

The soft afternoon sun shines down on children splashing in water pools that have sprung up in vast swaths of lush green rice fields. The children jump, swim and laugh amidst violet lilies.

Yet Pedrito, 10, remembers how two years ago, instead of gentle sun rays, strong storms raged, transforming the calm water pools into deadly tidal waves.
That day in 2015, Pedrito’s teacher had warned students not to attend school as a storm was brewing; yet the storm’s force had been underestimated. It was almost midday; rain was lashing down outside as Pedrito played; his grandmother, Suzarina Armenio, cooked; and his older brother, Andre, 14, washed the plates. Suddenly, there was a deafening roar, followed by high waves crashing through their home. Before they knew it, the water had reached Pedrito’s shoulders. Fear gripped them all, especially as only Andre knew how to swim. They fled to higher ground. But not all of them made it. Pedrito’s great aunt, who was in the rice fields, drowned.

When the waters subsided, Pedrito and his family returned to find their entire home had been washed away along with their chickens and all their possessions, including bedding, clothes and school books. “I cried,” says Pedrito.

Not only did Pedrito no longer have any school books, all the school’s furniture, books and records were also washed away, and lessons were impossible for at least a month as the classrooms were full of mud.

Pedrito’s brother and grandmother took part in the clean-up. “We used shovels, coconut shells and our hands. Pedrito was too young to help,” says Suzarina, a widow, who has been looking after Pedrito since he was 6 months old when his mother died. They live in Iocata, some 100 kilometres from Quelimane, the provincial capital of the northern province of Zambézia which, like the rest of the country, is prone to recurrent disasters.

In 2015, Mozambique, along with Dominica and Malawi, was at the top of the list of countries most affected by disasters such as droughts, floods, cyclones, epidemics and minor earthquakes (Global Climate Risk Index, 2017). According to official figures, the 2015 floods and strong winds affected more than 370,000 people, claimed 163 lives and resulted in more than 8,300 cases of cholera, including in Zambézia. Moreover, storms destroyed 2,200 classrooms, affecting more than 150,000 students (UN Habitat, 2015).

Due to these recurrent disasters, UNICEF, along with partners like UN Habitat, is supporting the government with its effort towards resilience-building. Tito Bonde, UNICEF emergency specialist, highlights that, “Although ensuring survival is critical during an emergency, we should also ensure that all children’s rights are met, including the right to education. Children should not have their education interrupted every year due to disasters. We know these disasters are recurrent and, due to climate change, are likely to become even more frequent and severe. We also know the most vulnerable – including the poor, orphans and children with disabilities – will suffer the most.”

Therefore, in 2016, a pilot programme for emergency preparedness in schools was established, piloted in three provinces: Gaza in the south of the country, Zambézia in the centre, and Nampula in the north. Later the programme will be scaled up throughout the rest of the country. As part of the programme, UNICEF and UN Habitat assist with training workshops for school disaster management committees made up of students, parents and guardians, and community members.

Bonde says, “We assist the committees to draw up emergency plans for their schools. These complement other resilient or disaster risk reduction measures already in place; however, these plans focus on the skills already in that community, and will build on the resilience that community members have demonstrated in the past. It’s an example of integrating emergency preparedness activities within our long-term development programme.”

Bonde stresses that, “children should participate in the committees, and the plans should not be too technical, and should be relevant to the realities of that community and the needs of the children.” For example, he says “the plans will include evacuations routes, actions to protect all children and special measures for children with disabilities, and will look at how to protect school materials, including records.”

It only costs US$1,200 to train a school emergency management committee on the implementation of the school basic emergency plan.

Max Matlabe of UN Habitat highlights another aspect of the plan to make sure the classroom structure is safe and resilient. “On average, each year, more than 600 schools are destroyed throughout the country. To make schools safer, we are not only building on higher lands, but also making sure they are structurally resilient.” He has just finished inspecting one of the many schools being built with a team of professional builders in Zambézia to replace classrooms made of precarious traditional material.

Marcelino Jose Assumila, president of the school council of Pedrito’s school, has already mobilized community members to work on their emergency school plan. He welcomes the plan as he also remembers the 2015 flood. Like Pedrito, he was at home. “I heard the noise like a roar and the smell of the water – it came in waves.” Losing the school books, he says, was a severe blow for the children and teachers. “I felt for them.” Although their school building seems to be robust enough, Assumila says that one of their priorities will be to build cabinets and shelves high up so that they can keep their school documents and text books safe in case the school is flooded again.

Pedrito’s grandmother, who is a community leader and a member of the school council, is also enthusiastic about the school emergency plan. Although she lost her home during the floods, and is struggling looking after her four grandchildren alone, mainly through subsistence farming, she is mostly concerned about their education.

She shows the new home she has built for herself and the grandchildren, and offers coconuts and guavas from her plot of land. “I could only afford to build a new home of poor quality – only half of the roof is iron, the other half is grass,” she says smiling. “The idea of the emergency plan for the school is good, as I want my grandchildren to study. I don’t want their schooling to be interrupted whenever we have floods.”

Emergency in Mozambique at a glance 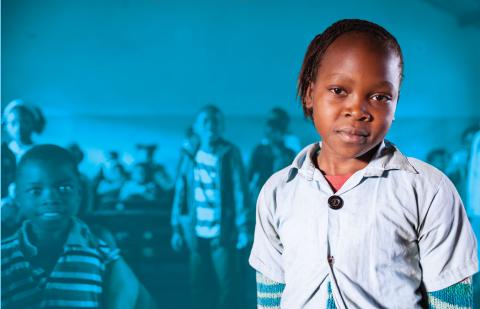 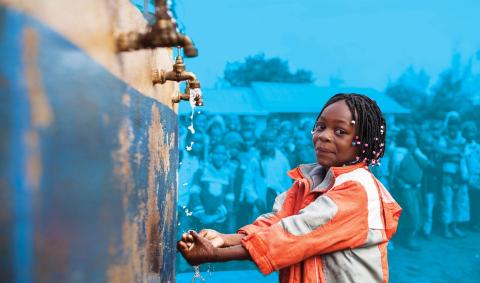 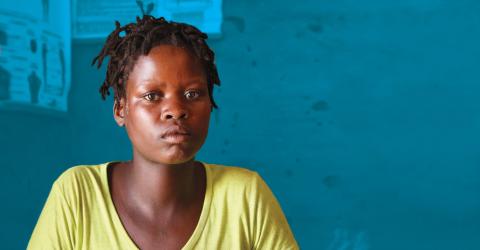 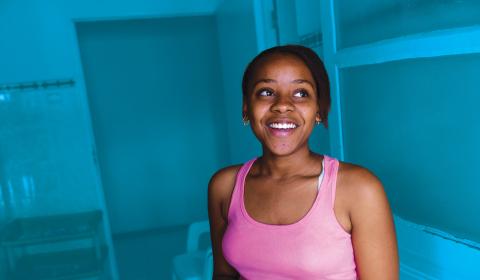