PODGORICA, 4 OCTOBER – On the occasion of the 30th anniversary of the adoption of the UN Convention on the Rights of the Child, students from Božidar Vuković Podgoričanin Elementary School attended the “World's Largest Lesson” together with the UN Resident Coordinator, Fiona McCluney, the UNICEF Representative to Montenegro, Osama Khogali, and the Deputy Minister of Education, Arijana Nikolić Vučinić. This event is organized around the world to introduce the Sustainable Development Goals to children and young people.

McCluney told the students that the Sustainable Development Goals represent the basis of the largest development plan in history, called the 2030 Agenda for Sustainable Development. It is an ambitious plan adopted by the leaders of the 193 UN member states, which envisages building a better and fairer world in which every child will go to school, in which hunger and poverty will be eradicated, in which men and women will enjoy equal opportunities, in which global warming will not present a danger to our future, and in which resources will be used wisely.

When the 2030 Agenda expires, you will be 21-year-olds. It is a plan for your future, and precisely for this reason, it concerns you more than anyone else. That is why we are here today – to learn more about this plan so that you can take an active role in its realization. The world must hear and take your voice seriously.

The UNICEF Representative to Montenegro, Osama Khogali, said that under the UN Convention on the Rights of the Child, whose 30th anniversary is being celebrated this year, children have the right to say what they think about the things that matter to them.

Childhood has drastically changed compared to 30 years ago. Therefore, it is important to listen to the children who are going through this experience now, so that we can support them in the best possible manner.

The Deputy Minister of Education, Arijana Nikolić Vučinić, said that through this initiative, the Ministry of Education wanted to raise awareness of the importance of the Sustainable Development Goals among students and teachers.

This interactive lesson that the elementary school pupils had with the UN representatives is very important to them, because they were given a broader picture of how much is being done globally to achieve the Sustainable Development Goals by 2030 – in order to leave the world to our children in a better state than we inherited it.

Students from Božidar Vuković Podgoričanin Elementary School believe that poverty remains one of the biggest problems that children in Montenegro face today.

A lot of my peers spend their time begging on the streets instead of going to school. This should not be the case, because they, like us, should be going to school and educating themselves. There are also children who do not have healthcare, which is something that also worries me.

Elma's school friend Pavle Čović says that children and adults can only respond to these issues through joint action.

If adults themselves cannot solve these problems, I think they should ask us for an opinion. I believe they could hear some useful suggestions on how we can address these challenges together

The World’s Largest Lesson takes place once a year with the aim of educating children and young people about the Sustainable Development Goals and of inspiring them to take action that will contribute to their achievement. 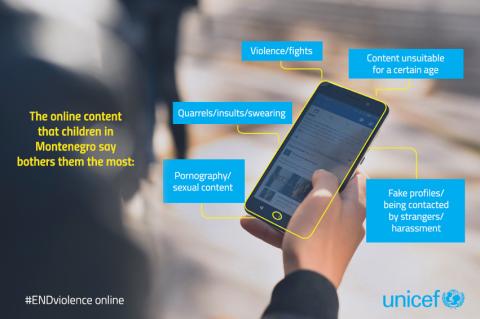 UNICEF’s young reporters: #EndViolence
In this crisis, internet safety has become even more important as many children and young people are increasingly using the internet for distance learning
Read the story 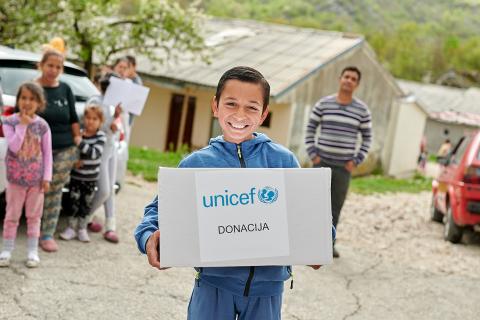 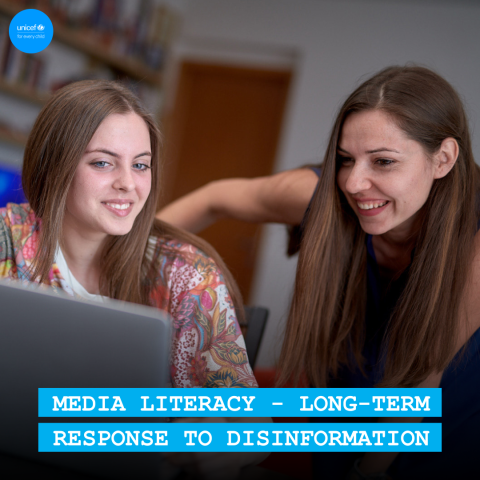 Media literacy as a long-term response to disinformation
There are many things that are unknown during the COVID-19 crisis, which has resulted in the spread of a large amount of disinformation and fake news
Read the story