13 May, Ulaanbaatar - UNICEF Regional Director for East Asia and the Pacific Debora Comini visited Mongolia from 11 to 13 May. It was her first official trip to a country in the region after she assumed her position last November.

During Ms Comini’s meetings with Mongolia’s state officials, including the President of Mongolia, Khurelsukh Ukhnaa, and the Speaker of Parliament, Zandanshatar Gombojav, many children’s rights issues were discussed, particularly specific environmental rights of children. Ms Comini emphasized that climate change and environmental deterioration pose a major threat to children’s health, education and development. “This is especially true for the most vulnerable children who live in areas prone to climate shocks,” said Ms Comini. She indicated that the issue must be addressed from the perspective of children’s rights and urged Mongolia to sign the 2019 Intergovernmental Declaration on Children, Youth and Climate Action to accelerate inclusive child-and-youth-sensitive climate policies and action.

“Protecting children, enabling their healthy growth and ensuring their happy childhood is the priority of Mongolian state policy,” reiterated Mongolia’s President, Khurelsukh Ukhnaa. “We pay much attention to the environmental education of children. They must be taught to love and safeguard nature.”

The members of the Mongolian Parliamentary Women's Caucus, each working on a specific area pertaining to children’s rights, have requested UNICEF’s support and contribution in revising the Law on Child Protection and the Family Code. In her discussion with women parliamentarians, Ms Comini noted  that women can be more powerful by “sticking together and working together.” She further pointed that this is the “time for women to create additional strength through women’s networks.” “Thank you for being our champions,” said Ms Comini. The women parliamentarians thanked UNICEF for devotedly working for children’s rights in Mongolia for over 50 years.

Ms Comini’s visit also included a meeting with young Mongolians. The UNICEF Regional Director was warmly welcomed to the meeting with 90 members of Mongolia’s Teen Parliament. UNICEF, along with a number of sister UN agencies and other stakeholders, supports the Teen Parliament, which is the Parliamentary Speaker’s initiative to bring the voices of youth and children into decision-making. The teen parliamentarians asked about UNICEF’s priorities in Mongolia and wondered about what motivates Ms Comini to work for UNICEF and how she became a defender of children’s rights. Ms Comini explained that “the foundation of humanity is having a just society”. “Justice and fairness should drive all of us, and we have to invest all our energy for it to happen. I hope it drives all of you too!” said Ms Comini, addressing her young friends. She further told the teen parliamentarians that “young people are UNICEF’s most crucial partners in achieving results and driving sustainable change” and “you’ve shown leadership, enthusiasm and passion for making Mongolia prosperous and sustainable. I’ve seen many good examples and inspiring actions led by youth. I am glad that Mongolia’s Teen Parliament is one of those.”

In a global comparison, Mongolia has had considerably fewer COVID-19 deaths than other countries due to the early introduction of vaccines, sufficient supply of oxygen and essential medicines, and the availability of qualified medical staff. The UNICEF Regional Director acknowledged that Mongolia is “one of few countries in the region that was able to maintain high levels of routine immunization.” Moreover, it was noted that Mongolia has managed to keep up its routine immunization coverage of over 90 per cent — a great achievement during the pandemic. The Minister of Health, Enkhbold Sereejav, thanked UNICEF for the significant support in the pandemic response and for helping the country to keep up its routine immunization coverage. The Regional Director assured that UNICEF will continue to support Mongolia in accessing vaccines via the COVAX programme and bilateral partners. “We will also continue our support for strengthening the cold chain to ensure safe storage and transportation of vaccines throughout the country,” said Ms Comini. “Halting the pandemic fully is very important to enable children’s unhindered growth and development.” The Regional Director’s trip to Mongolia included a visit to the World Bank-funded state-of-the-art Central Vaccine Store that was built last year by the Mongolian Government with UNICEF support. This earthquake-resistant and energy-efficient Central Vaccine Store has four times more space than the previous one and has been crucial in storing COVID-19 vaccines during the pandemic.

Ms Comini confirmed that UNICEF will continue to support the Ministry of Health with emergency preparedness; reduction of neonatal and infant mortality rates; and programmes on child development, nutrition, parental support and responsive care in its next five-year programme.

In the meeting with the UNICEF Regional Director, the Minister of Education and Science, Enkh-Amgalan Luvsantseren, acknowledged the importance of investing in digital learning to close the educational gap, enable equal learning opportunities between urban and rural children and support children of vulnerable families. Digital learning is one of UNICEF’s priorities, especially given pandemic-related gaps in learning. Ms Comini requested the Minister’s leadership, support and collaboration in scaling up and using digital interactive learning content and supporting GIGA in Mongolia. GIGA is a UNICEF-ITU initiative to connect every school to the Internet and every young person to information, opportunity and choice. Under the GIGA initiative, schools are mapped for their Internet access in real time. The parties discussed creating equal learning opportunities for children with disabilities and integrating transferable skills in the curriculum revision planned for 2024.

Fighting the impact of air pollution through innovative technologies

One of UNICEF’s flagship programmes in Mongolia is combatting the impact of air pollution on children’s health and development. During her stay in Mongolia, the Regional Director visited a family living in a ger in the Bayanzurkh District of Ulaanbaatar, who became a recipient of the UNICEF-supported Cooking, Heating and Insulation Product (CHIP) project, funded by the Swiss Development Agency. Under the project, coal-fired stoves were replaced with energy-efficient electric heaters to reduce indoor air pollution from coal burning. To reduce the loss of heat, the project also provided insulation materials for gers. H.Amambeck’s family, who hosted the UNICEF Regional Director at home, is one of over 730 households that have benefitted from the CHIP project since 2019. G.Amarsaikhan, a mother of two boys aged two and four, has used the CHIP stove for two winters now and says it is a convenient and healthy solution. “Although it can be terribly polluted outside in winter, the CHIP stove ensured that we have clean air indoors, without coal particles, smoke and dust. Hence, my children were not sick as often as before. The CHIP stove also does not get as hot as traditional stoves, so the common problem of child burns is avoided,” said G.Amarsaikhan.

Ms Comini’s visit concluded with a meeting with the women CEOs of Mongolia’s largest businesses. These CEOs are members of the International Women’s Federation of Commerce and Industry (IWFCI), with which UNICEF has been working for over two years. With UNICEF’s support, the IWFCI has been promoting Children’s Rights and Business Principles (CRBP) to be enshrined in the philosophy and operations of the network’s member companies and beyond. Following adoption of CRBP, companies have introduced flexible working hours for their employees with children, arranged breastfeeding rooms for mothers with babies, and initiated the opening of kindergartens for employees’ children. Ms Comini thanked the women CEOs for pioneering the introduction of CRBP in their business operations, thus supporting children’s rights. Ms Comini remarked that when power and influence are exercised mindfully, it benefits children, families and societies at large.

“It felt like returning home,” said Ms Comini about her visit to Mongolia. The UNICEF Regional Director is indeed familiar with the country as she served in Mongolia from 2008 to 2010 as a UN Resident Coordinator and UNDP Resident Representative.

“I have seen many positive changes and developments in Mongolia upon returning to this beautiful country after over a decade, there is still much to be done, especially in the areas of child protection and creating equal opportunities. UNICEF will continue devotedly supporting Mongolia and its children."

The UNICEF Representative in Mongolia, Evariste Kouassi-Komlan, said he is “happy that Mongolia has become the first country in the East Asia and Pacific Region that has hosted our Regional Director. She has given much leverage to UNICEF programmes being implemented in Mongolia. Her visit has been extremely timely, valuable and important, especially now because UNICEF is finalizing its 2023–2027 five-year action plans for Mongolia.” 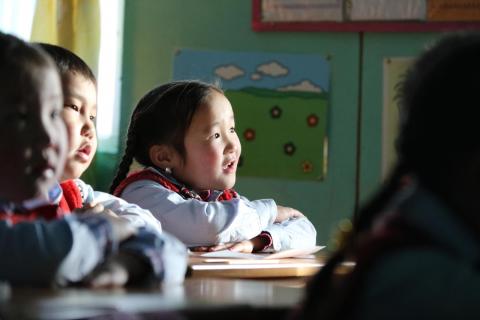 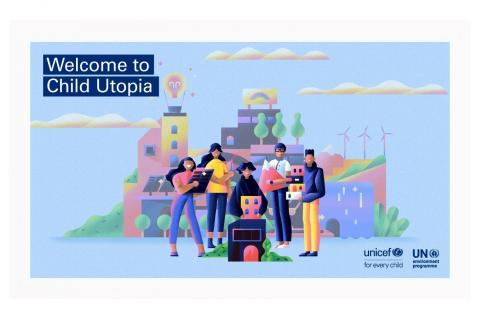 #ChildUtopia: The story of 5 youths and 1 dream city

Reimagining sustainable and inclusive cities for the future 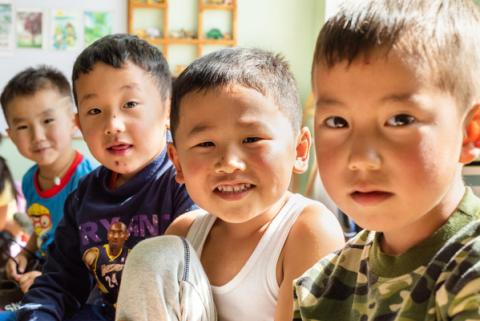