23 May, Ulaanbaatar - Between 26 April to 7 May, a team of UNICEF specialists, including Ms. Ayako Kaino, UNICEF Mongolia Deputy Representative, traveled to the Western Provinces of the country to explore the possibility of expanding UNICEF initiatives in the area. Nonetheless, as part of the upcoming Country Programme for 2023-2027, UNICEF committed to shift its operational approach, which will include expanding the geographical focus areas across the country, through a “Soum Model Approach”.

This fact-finding mission aimed at better understanding of the children's situation and observing the available basic social services for education, health, nutrition, and child protection in each province to identify the challenges and needs for realizing children’s rights. Furthermore, throughout the visits, UNICEF Deputy Representative presented the main focus areas of the upcoming five-year programme that UNICEF plans to implement from 2023.

Orkhon province was the first stop of the mission. During this first visit, UNICEF Deputy Representative and the rest of UNICEF team had an opportunity to meet the Provincial Governor, S. Batgarjal, to discuss the progress achieved in the field of Child Protection and the local government’s interest in continuing the implementation of skills building activities. Nonetheless, giving the interest in further improving the child development programmes in the province, a Child Development Officer position was opened in the past years and fully funded by the provincial government budget. Orkhon province already expressed its interest in collaborating with UNICEF back in 2021 and welcomed with great enthusiasm the possibility of building a fruitful collaboration with UNICEF in the future.

The fact-finding mission continued in Khuvsgul province where throughout meetings with the Director of Social Policy Department and a variety of officers and directors of relevant departments, UNICEF team received updates on the sustainability plan that the province implemented in the past four years to develop child friendly cities after the initial investment by UNICEF between 2012-2017. Through UNICEF previous investments in the province, there have been substantial improvements in the development of child friendly policies and an increase in the allocation of provincial budget for children expenditure. Furthermore, thanks to UNICEF efforts, routine vaccination coverage across the province increased from 98% in 2016 to 99% in 2020 and 4 more centers for children with disabilities were developed by the government following the opening of 2 initial centers carried out by UNICEF. Throughout the meetings and visits to the Authority for Family, Child and Youth Development (AFCYD), a One-stop shelter for survivors of domestic violence and a Family Health Center, UNICEF Deputy Representative received details on the challenges and lessons learned from this previous pilot project and gathered information for further potential partnerships with the province.

In Ulaangom provincial center, UNICEF team met with a variety of government partners, including the Governor Ch. Chimed and the Director of Social Policy Department, B. Yadamsuren who presented the difficulties that children faced during the COVID-19 pandemic and emphasized the need to address the topic of mental health in schools and develop adequate child development curricula for children in primary schools. Furthermore, the Director of Health Department expressed the need to increase capacities among health workers through training of pediatricians and newborn doctors and emphasized the importance of developing awareness activities for health prevention.

Once in Bayan-Ulgii, UNICEF team was received by the Deputy Provincial Governor, S. Konaev and several directors from different departments, who provided a comprehensive framework of the overall situation in this province, which showed a particular needs of ethnic minorities. UNICEF team visited schools where content and language integrated learning bilingual programme supported by UNICEF is implemented in Tsengel soum. Given the relevance of the topic of non-registered immigrant children of Kazak nationality, and the need to address such issues, representatives from two different NGOs (Sana and Migration Children), attended the meetings as well and expressed their interests in collaborating with UNICEF to solve such problems. Furthermore, UNICEF team visited MERIM Family Health Center and the Pediatric Hospital and received information on the issues of malnutrition and wasting, which are particularly diffused in the province.

Khovd province was the last stop of the fact-finding mission. Here the UNICEF team met with Provincial Governor B. Dugerjav and other Directors of Departments and had an opportunity to visit a One-stop shelter that has been hosting more than 20 among children and adults victims of domestic violence annually. The main issues that arise from the visit to Khovd province are the relatively high number of neonatal mortality, compared to the national average, and the limited number of adequate kindergarten facilities.

“This fact-finding mission has been extremely important to shed light on all the challenges that children are facing in the Western provinces of Mongolia. It is important to tailor the partnerships and support based on the needs on the ground. All the information gathered during this mission will surely be taken into consideration for further planning and implementation of the upcoming country programme” 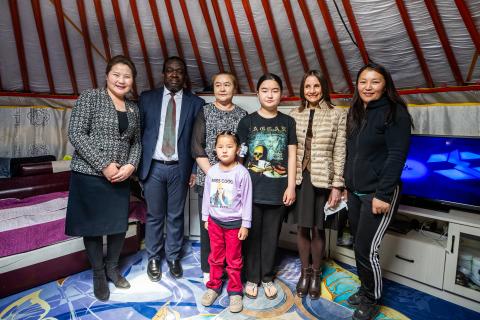 Justice, fairness, and equality should drive all of us 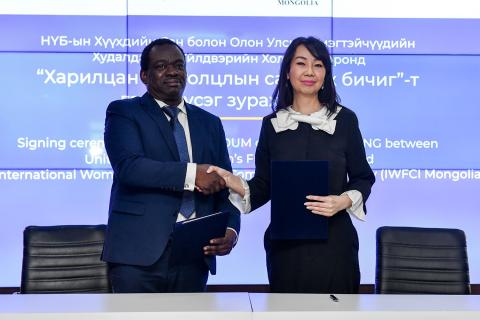 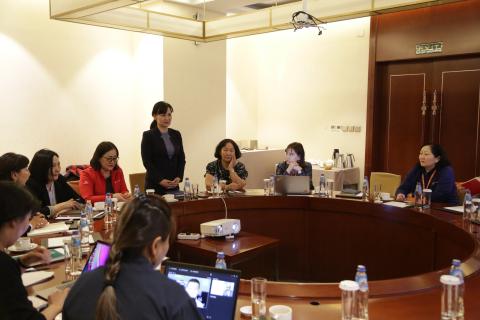 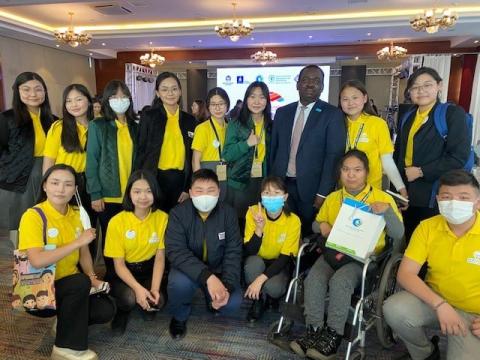