Mongolia’s capital city Ulaanbaatar is one of the most polluted in the world with PM2.5 on average 7 times higher than WHO standards. 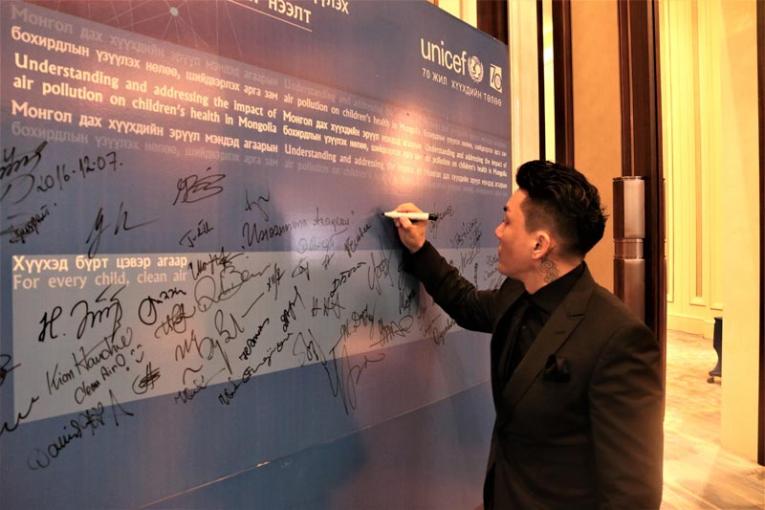 Ulaanbaatar, 7 December 2016 – Mongolia’s capital city Ulaanbaatar is one of the most polluted in the world with PM2.5 on average 7 times higher than WHO standards. The effects on children’s health are most serious with sever short and long term effects, requiring urgent responses as demonstrated by UNICEF report released today.

The report titled “Understanding and addressing the impact of air pollution on children’s health in Mongolia” produced by UNICEF together with Mongolia’s Public Health Institute and the Association of Public Health Professionals  builds on extensive scientific literature review and consultation with national stakeholders. The study presents compelling scientific evidence demonstrating the effects of air pollution on the health of children during the prenatal period, on the development of their respiratory system and lung function. The report summarizes a growing evidence of most serious effects such as reduced fetal growth, preterm birth, pneumonia and acute respiratory disease.

At the launch today in front of high level Government officials, international and national partners, private sector and media, UNICEF has called the Government of Mongolia and partners to join efforts for urgent and coordinated action to reduce the devastating effect of air pollution on children’s health.

“Children — who typically breathe at twice the rate of adults — face a serious risk of respiratory disease in Mongolia, and particularly here in Ulaanbaatar, when exposed to polluted air.  Pneumonia is the second largest cause of infant and under-five mortality in Mongolia, accounting for 15 per cent of infant deaths and it is strongly aggravated by exposure to air pollution. We cannot wait any longer” said UNICEF Mongolia Representative Roberto Benes in his opening statement. “Current exposures of children to air pollution have not been experienced by previous generations and there is concrete risk of suffering from unprecedented levels of chronic respiratory disease later in life. The Government has increased its efforts to tackle air pollution, but we need join forces with a sense of urgency in order to protect our children from what is a veritable silent killer.”

The experts involved in preparing the report identified a set of integrated policy approaches and concrete actions that could reduce illnesses and mortality among children including implementation of the most cost effective clean energy option and introduction of pneumonia vaccines among others.

"We appreciate the work UNICEF and partners have done compiling this important report. Reducing air pollution is a priority for the Government. We will undertake decisive measures including improving cross-sectoral coordination, increasing tax increase on aging cars, support of renewable energy usage among others” said Minister of Environment and Tourism Ms D.Oyunkhorol at the launch.

UNICEF and partners are asking to pursue three main goals in order to reduce the incidence of the air pollution related diseases among children:

1. Switching to clean fuels in homes and schools to reduce exposures to air pollution.

2. Increasing the coverage of vaccination and treatment in community care centres to reduce the incidence of pneumonia.

UNICEF will continue support to the Government of Mongolia in improving understanding of air pollution on the health of children to advise better policies. 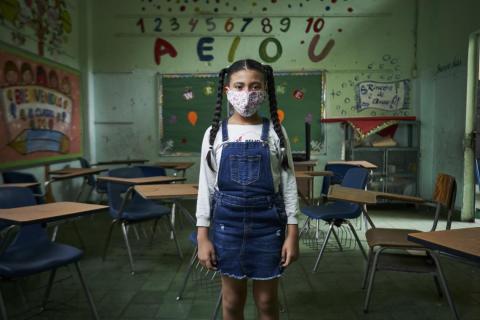 How the COVID-19 pandemic has scarred the world’s children

A year into the pandemic, children around the world are facing a devastating new normal. 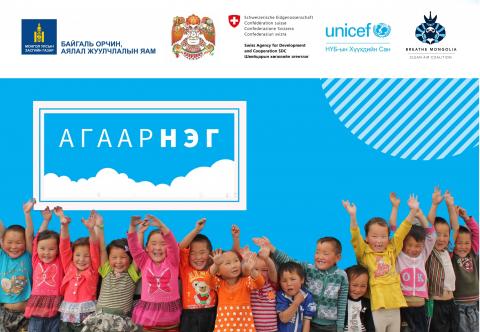 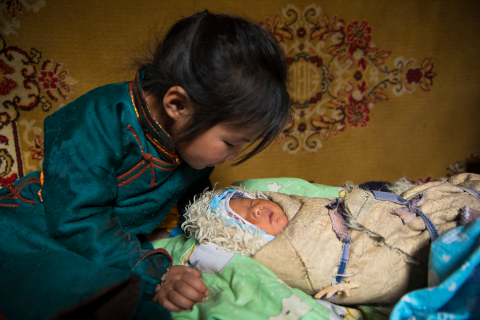 New Year’s Babies: Over 370,000 children will be born worldwide on New Year’s Day 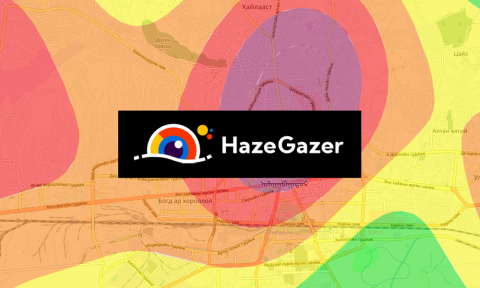