Arina, 13 years old: ‘I got vaccinated because I want the world to return back to a normal life

and out of respect for the health workers who work daily to save lives, as my mom does’

For Arina, the COVID-19 pandemic meant not only isolation from colleagues, friends, school, hobbies, but also from the dearest person in her life – her mother. When the whole society went though the toughest period, she and her two sisters, Daniela and Nicoleta, remained alone in the face of the unknown — a virus that radically changed everyone’s life.

With tears in her eyes, she remembers the first months of the pandemic, when her mother, being a nurse in the Strășeni Health Center, chose to stay with patients and had not been at home for three months, sleeping at the Placement Center in Strășeni.

‘I remember with pain the moments when we used to go to the hospital to visit her. We weren’t allowed to enter the hospital perimeter and we sent her, over the fence, our love and longing through our eyes and a bag with food we cooked. She used to tell us every time that the pandemic would end and she would come home’, Arina says.

Three months later, Arina’s mother returned home, but was unable to hug her daughters because she isolated herself from her family in order not to put them at risk. She lived separate from her family to protect it. Daily, for almost two years, she has been collecting samples from patients suspected of COVID-19, both at the healthcare facility and at the place of patients’ residence. Immediately after vaccines came to the Republic of Moldova, she and her husband got vaccinated, eagerly waiting for their children to be included in the vaccination program.

‘Knowing the hard times my whole family went through, I used to ask my mother every day, when can I get vaccinated?’, – says Arina.

On 30 January, after a new batch of Pfizer BioNtech/Comirnaty vaccine, donated by the US Government through the COVAX platform, reached the country, Arina and her mother queued up early in the morning at the Vaccination Center. Excited about the important step she took, she confidently told us that:

‘I feel now much more protected and I urge all children over 12 years of age and adults to follow my example. ‘I got vaccinated because I want the world to return back to a normal life and out of respect for the health workers who work day and night to save lives, as my mom does’, – Arina told.

Along with Arina, on the same day we met Daniela, daughter of a health worker, at the Vaccination Center in Strășeni.

Growing up in a family where medicine is prioritised, Daniela tells she has witnessed the unprecedented efforts made by her mother and all health workers during the pandemic.

‘I got vaccinated because I believe in evidence-based medicine, being informed and aware of the importance of vaccination. I urge everyone to check official sources and stop the virus spreading by getting vaccinated – the only way to ensure continuity of life’, – Daniela notes.

Daniela’s greatest example of courage and daily struggle is her mother. Being a volunteer in the mobile testing team, isolated for a few months from her family, she reacted with empathy and dedication to the pain of each Covid-19 patient.

In the Republic of Moldova, vaccination of children aged 12+ is allowed since 18 November 2021. For this purpose, two doses of Pfizer/BioNTech/Comirnaty vaccine are administered at an interval of 21 days.

Recently, on 27 January, the Republic of Moldova received 100,620 doses of Pfizer – BioNtech/Comirnaty vaccine, donated by the Government of the United States of America through the COVAX platform.

COVAX is a global initiative that aims to accelerate the development and manufacture of COVID-19 vaccines and ensure equitable access to COVID-19 vaccines, free for 20% of the population for 92 countries that are part of the initiative. COVAX is managed by the Global Alliance for Vaccines and Immunizations (GAVI), the World Health Organization (WHO) and the Coalition for Innovation in Anti-Epidemic Preparedness (CEPI).

Vaccination of refugee children in the Republic of Moldova

"I had a wonderful experience, even if the emotions were great" 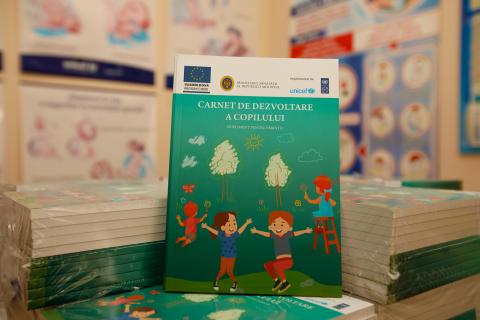 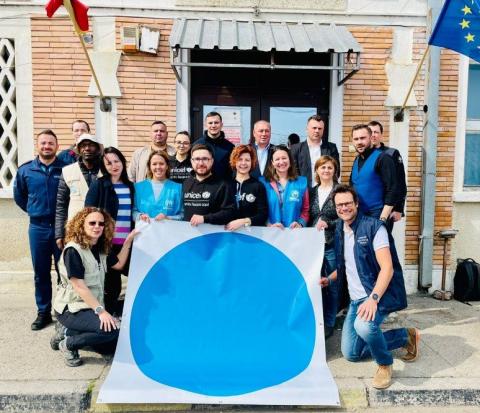