Come with me, it is your school too!

A campaign to support inclusive education

The Ministry of Education in partnership with UNICEF Moldova launched on 30th of April 2013 a national communication campaign for the promotion of inclusive education under the slogan "Come with me, it is your school too!"

The communication campaign "Come with me, it is your school too" is launched to support the “Program for the development of inclusive education in the Republic of Moldova for 2011-2020”, approved by the Government in July 2011.

The campaign is raising the public awareness on children's right to have equal educational opportunities. It is planned that the messages of the campaign will reach every classroom in the country.

“A successful inclusion of children with special needs in schools depends on their ability to integrate as well as on the ability of their families and educational institutions to support this integration."

"The performance-based education, which has historically been promoted by us, will be replaced by the competence-based education meaning that each child will have to compete with his/her owns results and not the results of their colleagues", said Maia Sandu, Minister of Education, during the launching event of the campaign.

The activities of the campaign include promotion of video and audio spots, production and distribution of posters, organization of seminars and discussion groups around benefits and importance of inclusive education. By all these activities, the campaign is aiming to create an inclusive environment in schools so that all children, including those with special needs, enjoy equal opportunities in education.

"UNICEF supports the Ministry of Education in positioning inclusive education on the national public agenda so that children with special needs in Moldova aren’t marginalized or excluded from society."

"In this context, we rely on responsible attitudes of journalists towards social issues, who have the power to raise awareness on the importance of equal opportunities for every child in the country. With joint efforts Moldova will succeed in improving the condition of these children", Alexandra Yuster, UNICEF Representative in Moldova, said. 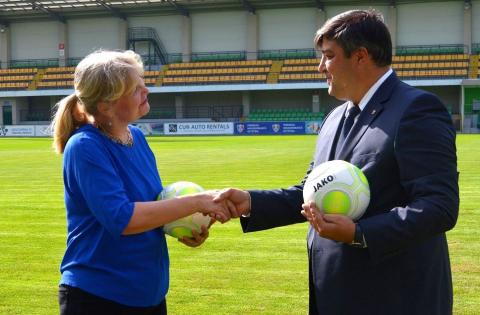 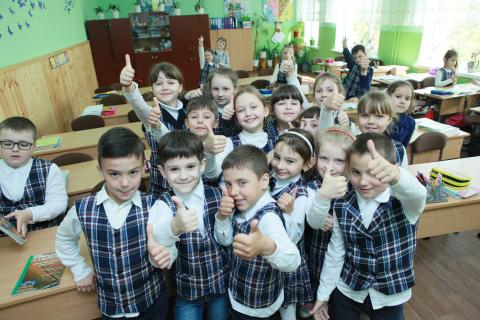 Read more about the Moldova's efforts in regards to inclusive education