Shaimaa Abd El-Hamid, 31 years old, was born and studied in Assiut. She works for Assiut Childhood and Development Association in Assiut (ACDA) as a protection specialist in the National Child Helpline 16000, administrated by the National Council for Childhood and Motherhood (NCCM).

Shaimaa, who will be defending her PhD thesis in months, says: "I am the only girl in my father and mother’s extended family who went to college. My father believed in me despite family criticism.”

Besides his insistence on educating his daughter, Shaimaa's father had another decisive stand.

Female Genital Mutilation (FGM) usually occurs in groups in Upper Egypt. Mothers from the same family or neighborhood agree to cut their daughters on the same day. Shaimaa's mother was no exception, but fortunately her father learned about her intentions at the right time.

Shaimaa says: "I was too young to understand why my parents were disagreeing. Few years later, there was a big fuss on the media about Bodoor, the girl who died during being cut. Ever since, all the buried stories about FMG came to the top.”

Shaimaa began to realize that FGM is common, and that what her father did was the exception: “I knew university professors and well-educated open-minded people who believed FGM was normal and beneficial for girls. I couldn’t understand why my father, the simple illiterate man, refused that I get cut?"

Shaimaa asked her father why was against FGM, he told her that when he was 15 years old in the early 1960s, there was a sheikh in his hometown of Manfalout that repeatedly discussed FGM in Friday sermons. The sheikh stressed that FGM is not part of Islam and urged people to stop it.

Shaimaa comments: "The role of the religious discourse is the most powerful. It could be more influential than seminars or awareness sessions. The sheikh's words convinced a lot of men and shaped the awareness of children like my father back then. Nevertheless, wives still cut their girls behind their husband’s backs.”

Despite the decline in the practice’s prevalence in the age group 15-17 years old by more than 13 percent from 2008 to 2014 (Demographic Health Survey 2014); some challenges remain. Egypt is the highest country in FGM Medicalization as 8 out of 10 girls who are cut were cut by medical personnel.

FGM doesn’t only threaten young girls, it sometimes extends beyond marriage. Shaimaa shared an unfortunate story she heard during the awareness sessions about a girl whose husband discovered that she was not cut on the wedding day and forcibly took her to the doctor to perform the "operation". Shaimaa wished she knew about this story while she holds her current appointment as a protection specialist for Child Helpline 16000 so she could have taken action against this man. “Such stories give me goosebumps,” Shaimaa says, “I keep wondering how a girl who went through all this would survive?!"

UNICEF, in collaboration with the government of Egypt, the National Committee for the Eradication of FGM and civil society, is undertaking and facilitating numerous interventions and initiatives to sensitize and address misconceptions about FGM. The organization promotes a multi-sectoral approach for prevention, protection and response to FGM, including strengthening the national child protection systems like the National Child Help Line 16000. The organization also cooperates with Al-Azhar Al Sharif, the Coptic Orthodox Church (Egypt’s leading religious entities) and Ministry of Endowments to sensitize religious leaders to spread awareness about FGM and delink this harmful practice from religion in communities.

Since 2008, UNICEF and the United Nations Population Fund (UNFPA) have been implementing the “Joint Programme on Eliminating Female Genital Mutilation: Accelerating Change to end FGM”. Currently being implement­ed in 17 countries. The programme links community-level transformation of social/gender norms, that often drive FGM, with laws banning the practice. It also supports access to quality child protection services and sexual and re­productive health for girls and women at risk of and affected by FGM. The current donors of this programme include Austria, EU, Iceland, Italy, Luxem­bourg, Norway, Spain, Sweden and the United Kingdom.

In addition, UNICEF has ongoing partnerships with USAID, through the project “Creating an Enabling Environment for Ado­lescent Girls in Egypt” (2018-2021) that address issues related to FGM and the protection and empowerment of girls at risk.

In 2013, the publication “FGM between the incorrect use of science and the misunderstood doctrine” was published by Al Azhar with UNICEF. Following that, in 2016, Al Azhar and the Church published the first joint publication “Peace. Love. Tolerance. Key Messages from Islam and Christianity on Protecting Children from Violence and Harmful Practices”. The publication addressed 11 forms of violence against children including FGM. 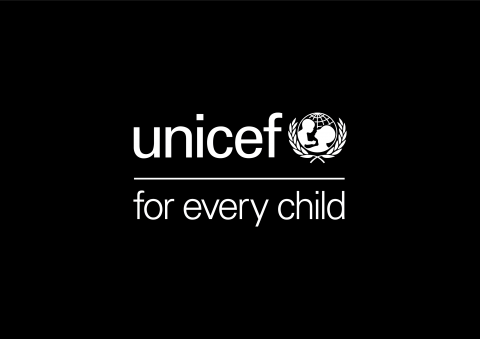 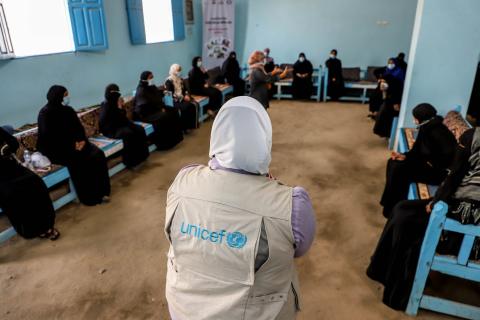 During COVID-19, FGM is on the rise 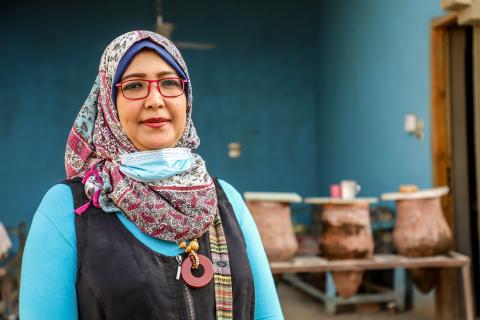 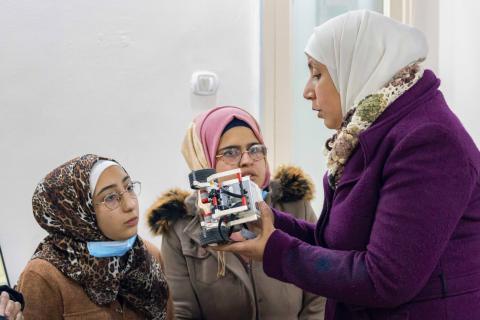