CAPE TOWN/LONDON/RIO DE JANEIRO/NEW YORK, 31 December 2014 – On New Year’s Eve, John Lennon’s anthem to hope and peace, Imagine, will take centre stage in capitals across the world to help inspire a global movement towards a better future for every child.

Live performances of Imagine at New Year’s Eve events in Cape Town, London, Rio de Janeiro and New York will highlight urgent action needed to address key challenges facing children, including poverty, violence, the impact of climate change, and the barriers that prevent so many children from reaching their full potential.

“With so much at stake for people and planet in the year ahead we need to make sure that 2015 delivers on the dreams of today’s generation - we can't miss this chance for change,”

The UNICEF-led #IMAGINE initiative is joining forces with action/2015, a coalition of nearly 1,000 organizations from around the world that have come together to influence world leaders and inspire collective action in advance of key global agenda-setting meetings in 2015. These include the Financing for Development Conference in Addis Ababa in July, when governments and their partners will produce a global strategy for financing global development; the UN General Assembly in September, when world leaders will set out new development goals for the next 15 years; and the UN Climate Change Conference in Paris in December.

“We must imagine a better future for every child – and commit ourselves to achieving it,” said Yoka Brandt, UNICEF Deputy Executive Director. “As the global community charts its course for 2015 and beyond, children must be at the heart of the development agenda -- for their future is the future of the world.”

The global New Year’s Eve events are timed to draw greater attention to the most pressing issues facing children, communities, and the planet.

“With so much at stake for people and planet in the year ahead we need to make sure that 2015 delivers on the dreams of today’s generation - we can't miss this chance for change,” said Co-Chair of the Global Call to Action Against Poverty Amitabh Behar, on behalf of the action/2015 coalition. “Across the whole of the year ahead, all around the world, people will be coming together to demand action – everyone can be a part of this global movement”

Young people will perform Imagine at events in Cape Town, London, Rio de Janeiro and New York, some accompanying themselves on a white piano, recalling the one John Lennon played in the filming of his iconic song in 1971. The events also feature the debut of a ‘World Version’ video of the classic Lennon song, made in collaboration with renowned DJ and music producer David Guetta that features famous voices including Katy Perry; Angelique Kidjo; Daniela Mercury; Pau Gasol; will.iam; Neymar; Priyanka Chopra; Yuna Kim; Adam Lambert; Nicole Scherzinger; UN Secretary-General Ban Ki-moon; UNICEF Executive Director Anthony Lake; and astronaut Samantha Cristoforetti singing from the International Space Station, alongside voices of members of the public who have uploaded their own versions through the Touchcast app.

The World Version of Imagine will be at: http://touchcast.com/unicef

"Imagine is a message of hope, peace and unity," said Guetta. "We are calling on everyone to join UNICEF and the #IMAGINE campaign because every child counts and every voice counts.”

Details on the events:

In Cape Town, Jacheano-Shehano Pietersen, 12, from Beverly Park Primary School in Eerste River, will perform Imagine on a white piano, at 11 p.m. ahead of the city’s fireworks display at the V&A Waterfront.

The Executive Mayor of the City of Cape Town, Patricia de Lille said: “South Africa’s miracle transition is proof of what is possible when enough people believe in what can be imagined. Each child deserves to have the best possible education, and we can give them that by collectively taking action towards imagining just that.”

In London, 15-year-old Eleanor Grant will perform the song at a white piano overlooking the River

Thames and Houses of Parliament as crowds gather to welcome in the New Year.

“2015 is a hugely significant year, it’s the opportunity to set out the next steps to tackle poverty and climate change around the world. It’s vital that we all get behind this campaign to create a better world for our generation and for the next – Imagine what we can achieve together!”

“2015 is a hugely significant year, it’s the opportunity to set out the next steps to tackle poverty and climate change around the world. It’s vital that we all get behind this campaign to create a better world for our generation and for the next – Imagine what we can achieve together!” said Boris Johnson, Mayor of London.

On Copacabana Beach in Rio de Janeiro, Vinicius Gomes, 15, from São Paulo, will perform the song at a white piano in front of thousands of revelers.

Eduardo Paes, Mayor of Rio de Janeiro, said: "2015 will certainly bring changes that will have an impact on our future. And with a view to a future built on the dialogue between government and civil society, Rio supports action/2015 and UNICEF."

In New York, at the New York Stock Exchange, UNICEF Deputy Executive Director Yoka Brandt and US Fund for UNICEF Senior Vice President for Development Barron Segar, will ring the closing bell of the year at 4 p.m., followed by a performance of Imagine by the Professional Performing Arts School Choir and display of the World Version video. Livestream is available at: https://www.nyse.com/bell

On 31 December 2014 on Spotify, the music streaming site, DJ and music producer David Guetta will play Imagine during his two-hour gig starting at 11:00 p.m.

UNICEF is grateful to InDigital Media for their generous and creative support in shooting the ‘making of’ the #IMAGINE project in countries all over the world. Generous support was also provided by St Thomas’ Hospital, London; V&A Waterfront, Cape Town and Mandalah, Rio de Janeiro.

To participate in #IMAGINE:

Download the #IMAGINE TouchCast app for iOS via Apple's App Store, for Android at the Google Store. Record your version of Imagine; add messages describing the world you imagine for children; upload your video. For every upload, $1 is donated on your behalf by UNICEF partners to support UNICEF’s work for children around the world. Share your recordings with friends with the hashtags #EVERYVOICECOUNTS and #IMAGINE.

For further media enquiries about #IMAGINE, b-roll and any interview requests please contact:

For further media enquiries about the performances, b-roll and any interview requests:

action/2015 is a coalition made up of nearly 1000 organisations from more than 120 countries. From international organizations to grassroots coalitions, it has been formed to urge world leaders to take action on inequality, poverty and climate change in 2015 and lay the foundations for a better world. It aims to seize the opportunities of the 2015 Climate Summit in Paris and the post-2015 Sustainable Development Goals process and will focus on public campaigns to ensure world leaders feel pressure to act from people all around the world. It will officially launch on 15th January with activities across the world from South Africa to Brazil and from Nigeria to Norway.

Attention broadcasters: B-Roll, photos and a 90 second package of from the events, will be uploaded throughout the evening of 31 December and 1 January.

More footage of #IMAGINE, including voices of children and other celebrities and influencers is available at: http://weshare.unicef.org/mediaresources 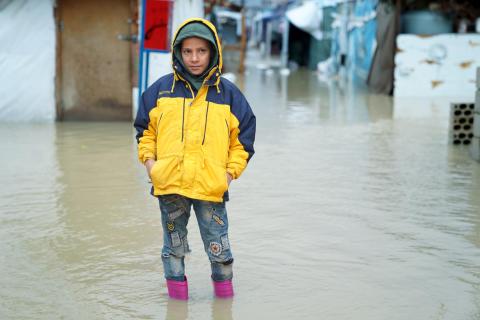 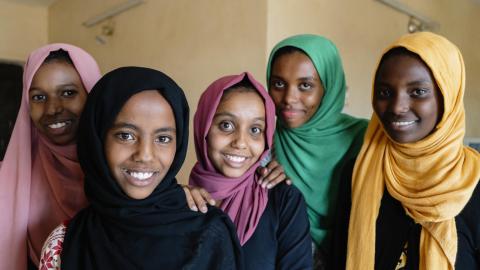 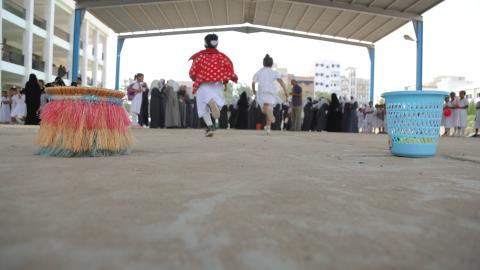 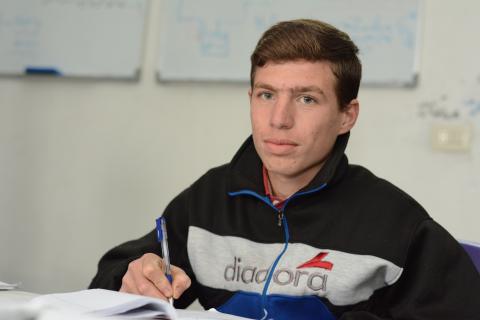