SANA’A/AMMAN, 6 April 2015 – With conflict escalating in many parts of Yemen, children continue to be killed, injured, displaced and put at increasing risk from disease, UNICEF said today.

At least 74 children are known to have been killed and 44 children maimed so far since the fighting began on 26 March. These are conservative figures and UNICEF believes that the total number of children killed is much higher, as the conflict has intensified over the past week.

“Children are paying an intolerable price for this conflict. They are being killed, maimed and forced to flee their homes, their health threatened and their education interrupted. These children should be immediately afforded special respect and protection by all parties to the conflict, in line with international humanitarian law.”

“Children are paying an intolerable price for this conflict.” said UNICEF Yemen Representative Julien Harneis speaking from the Jordanian capital Amman. “They are being killed, maimed and forced to flee their homes, their health threatened and their education interrupted. These children should be immediately afforded special respect and protection by all parties to the conflict, in line with international humanitarian law.”

Across the country, over 100,000 people have left their homes in search of safer places to stay. Hospitals are under increasing pressure as they struggle to manage mass casualties with insufficient supplies with some hospitals and medical facilities being attacked. So far at least three health workers including an ambulance driver have been killed in various attacks.

Wherever security conditions permit, UNICEF teams are working with partners to provide families with safe water and essential health services. The agency is providing fuel for the running of water supply pumping in three cities in the south including Aden, where water systems have been repeatedly damaged in the fighting. In other southern governorates, there are reports of water accumulating on the streets and sewage overflowing. The breakdowns in water supply in some areas are greatly increasing the risk of disease outbreaks.

UNICEF is also providing diesel to power generators to keep vaccine stores safe. Supplies prepositioned by the children's organization in various cities are being put to use and supplies of therapeutic food for young children and oral rehydration salts - a simple but highly effective treatment for diarrheal disease - are being procured.

Messages are being broadcast on national media to alert children and parents to the dangers of unexploded ordnance, and how to deal with the distress caused by conflict.

“Conditions are very dangerous right now,” said UNICEF’s Dr. Gamila Hibatullah in Aden. “Hospitals are overflowing, and even ambulances have been hijacked.”

The conflict is exacerbating the already precarious situation for children in one of the region’s poorest countries, with much of the country prone to food insecurity and with severe acute malnutrition widespread among young children.

Escalation of violence in northwest Syria as at least three children killed, and two others injured 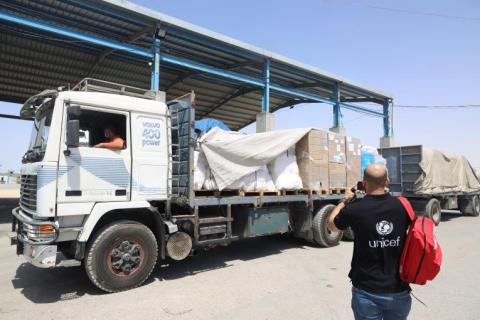 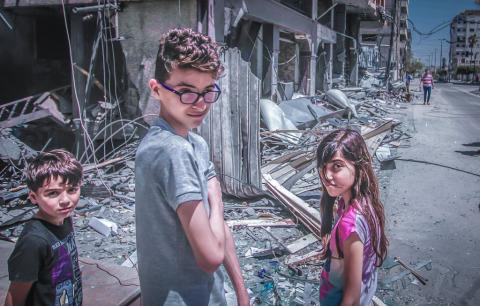