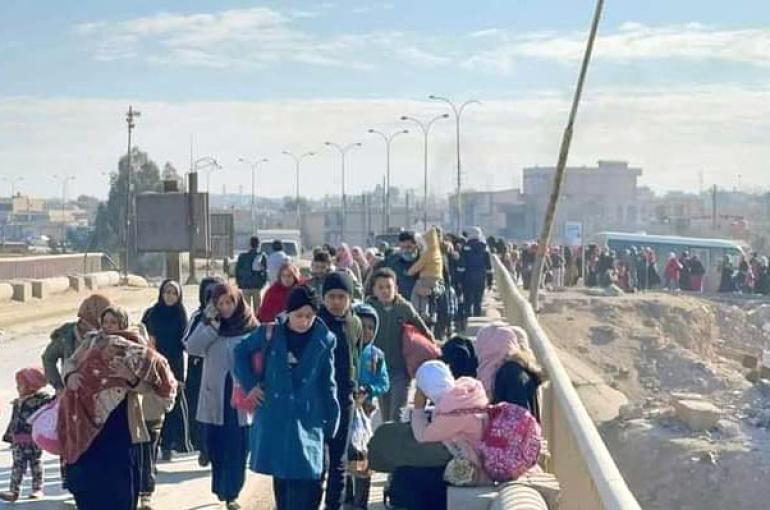 DAMASCUS, 27 January 2022 – As violence continues in and around the Ghwayran/ Sinai’i detention centre, in northeast Syria, children continue to be critically vulnerable and in urgent need of protection.

Violence forced nearly 45,000 people in the area to flee, most are women and children. Some have been displaced several times fleeing violence in other parts of Syria over the years.

“The fighting must stop for the sake of children in the prison and in the surrounding area,” said UNICEF Syria Representative, Bo Viktor Nylund.

One week since the violence began, some of the main roads continue to be closed, disrupting traffic and the delivery of essential supplies.

UNICEF is on the ground, working with partners, to provide displaced children and their families with lifesaving assistance, including clean water and critical hygiene supplies.

UNICEF’s volunteers have helped people reach shelters and clinics and distributed food, blankets, mattresses, clothes, and medicine. They have also distributed materials on the risks of explosive ordnance to raise awareness among boys and girls in the shelters and keep them safe.

A UNICEF-supported mobile health and nutrition team is providing services and medicine to vulnerable children and their mothers. To date, the team has provided health consultations and free medicine; screened children, pregnant and lactating women; and provided malnourished children with ready-to-use supplementary food.

UNICEF is providing information to families on how to prevent separation and access psychosocial support to children and caregivers. So far, nine separated and unaccompanied children were identified. They were separated from their families along the way and do not know where their parents are.

“Children in shelters were frightened after the horrors they witnessed. Families told us children were having nightmares and bed wetting. It has been a harrowing experience for them, and it is clear they urgently need protection and assistance,” added Nylund.

UNICEF calls once again for the immediate release of the children in the detention facility and unimpeded access to them for emergency care and assistance.

The Alouk water station is operational, and it has been providing water to Al-Hasakeh city.

Water supply to the Ghwayran neighbourhood was suspended on 24 January and it was diverted to the areas hosting large numbers of the people displaced. UNICEF is mobilizing water trucks and has delivered 24,000 litres of clean and safe water drinking water to approximately 2,000 people. Critical hygiene supplies - including buckets, soap, water purification tablets and disinfectant - have been provided 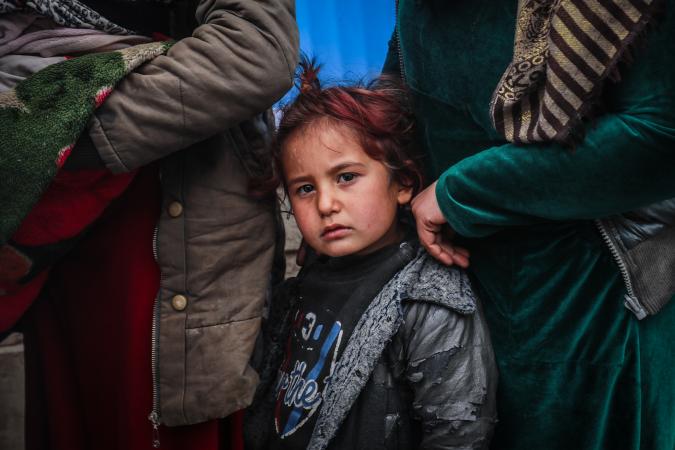 Internally displaced mothers with their children queuing in front of the UNICEF -supported health and nutrition mobile clinic for consultation and distribution of medicine. Hasakah city, Syria, 2022.
Download Multimedia 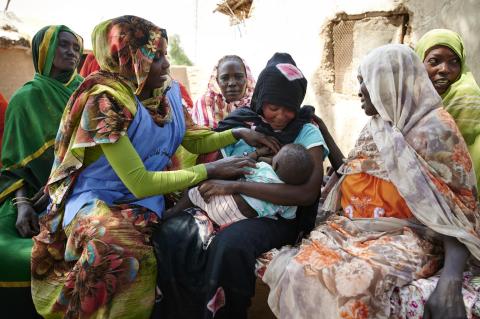 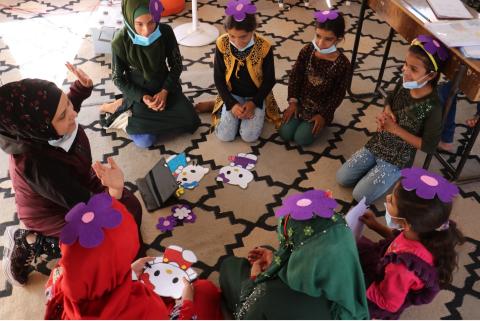 How Ruba is empowering a new generation to learn