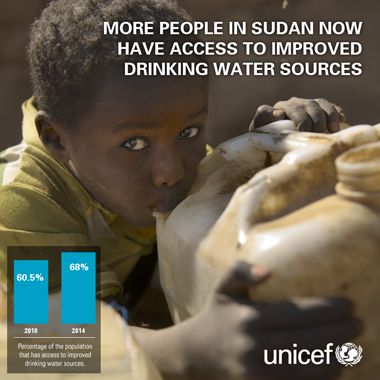 KHARTOUM, Sudan, 15 June 2015 – The Central Bureau of Statistics (CBS) in collaboration with sector line ministries and the support of UNICEF, WFP, UNFPA, WHO, and DFID today launched the 2014 Multiple Indicator Cluster Survey (MICS) 2014 for Sudan.

“It establishes a reference point which can serve as an evidence-based resource for the forthcoming Sudan Poverty Reduction Strategy Paper (PRSP) and the Sustainable Development Goals for 2017-2030.

The Multiple Indicator Cluster Survey is an international household survey developed by UNICEF to assist countries in filling data gaps for monitoring human development indicators in general and the situation of children and women in particular. Sudan has conducted three similar surveys, in 2000, 2006 and 2010. The 2014 Report outlines the progress and limitations in improving the situation of Children in Sudan vis-à-vis the MDG 2015 and the national development agenda

The survey highlights that Sudan has made significant gains in the reduction of the under-five child mortality rate by a notable 21 per cent since 2010. A staggering 22 per cent of primary school aged children are out of school.  However, more girls are attending primary schools, the Gender Parity Index has increased from 0.94 in 2010 to 0.98 in 2014.  “MICS findings represent a key asset in providing a sound statistical benchmark,” says Dr Yassin Elhg Abdin, Director of Central Bureau of Statistics. “It establishes a reference point which can serve as an evidence-based resource for the forthcoming Sudan Poverty Reduction Strategy Paper (PRSP) and the Sustainable Development Goals for 2017-2030”, Dr Yassin emphasised.

While FGM/C remains a critical issue for women and girls aged 15-49 years with 86.6 per cent of them having undergone some form of FGM/C. The gains made through extensive investments in girls (0-14) years by the National Council for Child Welfare, UN agencies, partners and donors are encouraging. This is noted in the reduction of FGM/C prevalence from 38.6 per cent (2010) to 32.1 per cent (2014).

Child malnutrition remains a complex mix of emergency and chronic underdevelopment.  Around one million children under five years of age suffer of global acute malnutrition in Sudan. 29 per cent of children under five are affected by diarrhoea which is directly linked to poor nutrition and lack of adequate access to improved drinking water sources, and sanitation services.

“UNICEF commends the leadership of the Government of Sudan in the conduct and finalization of the MICS Report and counts itself privileged to be part of the process,” says Geert Cappelaere UNICEF Representative in Sudan.  “The report serves as a collective wake up call to consolidate the gains made and address the challenges in advancing the rights and well-being of all children in Sudan. This will require significant investment in the social sectors and we as UNICEF are committed to support the Government in meeting this obligation,” Cappelaere concluded. 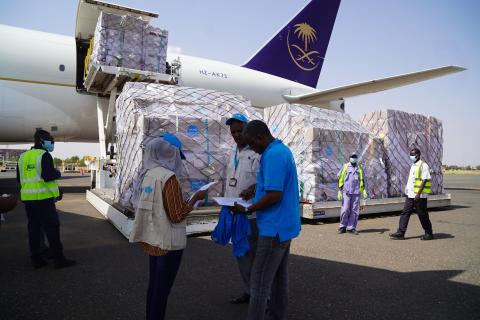 Five children killed and nine injured in an attack on a village in west Darfur, Sudan 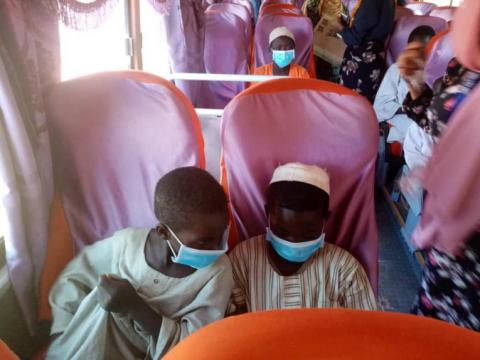