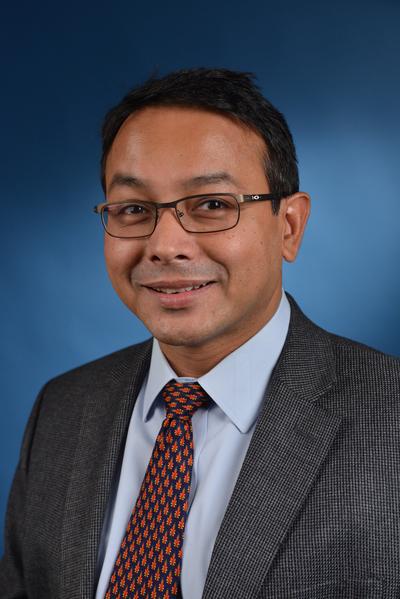 Dr. Robin Nandy was appointed Principal Adviser and Chief of Immunization at UNICEF Headquarters in December 2015.

From 2011 to 2015, he was Chief of Child Survival and Development at UNICEF Indonesia. Previously, Dr. Nandy led the Global Polio Eradication Initiative at UNICEF Headquarters from 2010 to 2011 and was the Team Leader for Health in Emergencies from 2006 to 2011.

Dr. Nandy is a Medical Epidemiologist and Public Health Physician with an extensive background international public health, particularly in the areas of immunization and in humanitarian health response.

Before joining UNICEF, he worked as a Medical Epidemiologist at the Global Immunization Division of the US Centers for Disease Control & Prevention (CDC) in Atlanta from 2002 to 2006.

Previously, he worked with the International Rescue Committee (IRC) both at country and headquarters level, as well as for the Indian Government in the Republic of Maldives. He also spent four years as a Medical Officer in various hospitals in Delhi, India, from 1990-1994.

Dr. Nandy obtained his medical degree from Mysore University, India, in 1990 followed by a Master of Public Health at the Nuffield Institute for Health, Leeds, UK, in 1996. He also completed the Epidemic Intelligence Service (EIS) Fellowship at the CDC (2002–2004).

Image release – credit: © UNICEF/UN08915/Nesbitt. UNICEF photographs are available for use by bona fide news media organizations as part of reports or feature stories on UNICEF. Release permission is hereby granted for this purpose on the following conditions:  Image content may not be changed by digital or any other means, except cropping. Image may not be archived in any format or distributed to a third party by any non-UNICEF entity. No other rights than those specified are either granted or implied. Thank you for your interest in UNICEF.