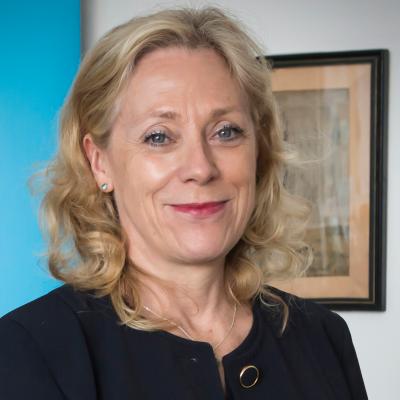 Marie-Pierre Poirier is UNICEF Regional Director for West and Central Africa. Based in Dakar, she provides leadership for 24 country offices across the region.

Ms. Poirer's career with UNICEF spans more than 30 years across Asia, Africa, Europe and Latin America as an advocate for child rights. She has worked on the development and management of rights-based country programmes of cooperation in collaboration with governments, civil society and the private sector.

In 1989, she led UNICEF Child Rights Section in Geneva, at the time of the final negotiations on the Convention on the Rights of the Child. She started her career with UNICEF in New York as an expert on poverty and exclusion in urban areas.

Ms. Poirier holds a Master of Arts from the National Institute of Oriental Languages and Civilizations at Sorbonne Nouvelle. She graduated in Economics from the University of Paris in 1981, after having studied a year in Harvard. She is the mother of Stefanie and Luc.

Image release – credit: © UNICEF WCARO/2018/Hahn. UNICEF photographs are available for use by bona fide news media organizations as part of reports or feature stories on UNICEF. Release permission is hereby granted for this purpose on the following conditions:  Image content may not be changed by digital or any other means, except cropping. Image may not be archived in any format or distributed to a third party by any non-UNICEF entity. No other rights than those specified are either granted or implied. Thank you for your interest in UNICEF.