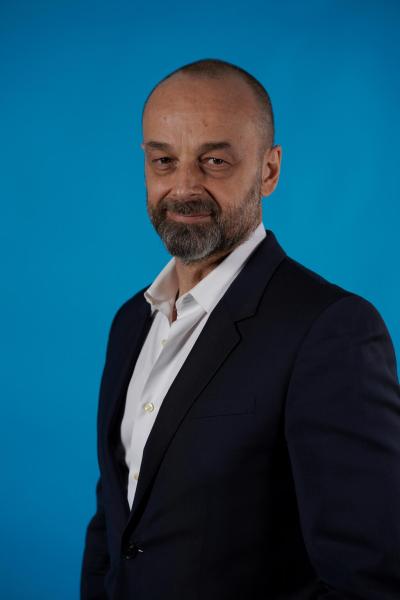 Manuel Fontaine took up his position as UNICEF Director of the Office of Emergency Programmes in early January 2017.

Mr. Fontaine has more than 25 years of experience with UNICEF, combining managerial and technical leadership in both development and emergency contexts.

Previously, he held positions as UNICEF Representative to Algeria, Senior Adviser Child Protection in New York Headquarters, Deputy Representative to Afghanistan, Somalia and Albania, and Head of Office in Bosnia and Herzegovina.

Before joining UNICEF, Mr. Fontaine worked for the French Ministry of Foreign Affairs.

Mr. Fontaine is a national of France. He holds a DEA (post-graduate diploma) in International Public Law and International Organizations from the University of Paris I (Pantheon-Sorbonne).

IMAGE RELEASE - CREDIT: © UNICEF/UNI157814/Markisz. This photograph is available for use by bona fide news media organizations as part of reports or feature stories on UNICEF. Release permission is hereby granted for this purpose on the following conditions: - Image content may not be changed by digital or any other means, except cropping. - Image may not be archived in any format or distributed to a third party by any non-UNICEF entity. No other rights than those specified are either granted or implied. THANK YOU FOR YOUR INTEREST IN UNICEF.