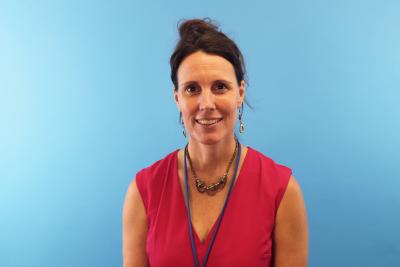 Full credit must be given

Kelly Ann Naylor has over 19 years of experience in the WASH sector managing urban, peri-urban and rural water, sanitation, and hygiene programmes in Central Africa, South Asia, Latin America, the Caribbean and North America. Since joining UNICEF in 2007, she has completed five missions in three regions.

Ms. Naylor joined UNICEF Headquarters from the UNICEF West and Central Africa Regional Office (WCARO), where she served as Regional WASH Adviser from 2014 to 2018. In this capacity, she provided technical assistance and guidance for WASH programmes in 24 countries, including during the 2014 West Africa Ebola Virus Outbreak and Lake Chad Basin Crisis.

She completed two missions in the Democratic Republic of the Congo (from 2008 to 2010 and from 2012 to 2014), where she supported the development and scale-up of the National Healthy Villages and Schools programme.

She joined the UNICEF Haiti Country Office in late 2010 as Coordinator of the WASH technical sub-clusters for the earthquake and cholera response. From 2007 to 2008, Ms. Naylor served in Batticaloa and Kilinochchi, Sri Lanka, with responsibility for the coordination of the WASH sub-clusters and implementation of the emergency WASH response to conflict-affected populations.

Prior to joining UNICEF, Ms. Naylor started her career working in Nicaragua with Agua para la Vida, a local non-governmental organization, and in the US with private engineering firms developing water and sanitation infrastructure master plans for cities and small towns.

She completed her undergraduate and Master’s degrees in Civil and Environmental Engineering at Stanford University in Palo Alto, California, with a research focus on modelling human exposure to environmental pollutants.

Photo credit IMAGE RELEASE - CREDIT: © UNICEF. This photograph is available for use by bona fide news media organizations as part of reports or feature stories on UNICEF. Release permission is hereby granted for this purpose on the following conditions: - Image content may not be changed by digital or any other means, except cropping. - Image may not be archived in any format or distributed to a third party by any non-UNICEF entity. No other rights than those specified are either granted or implied. THANK YOU FOR YOUR INTEREST IN UNICEF.