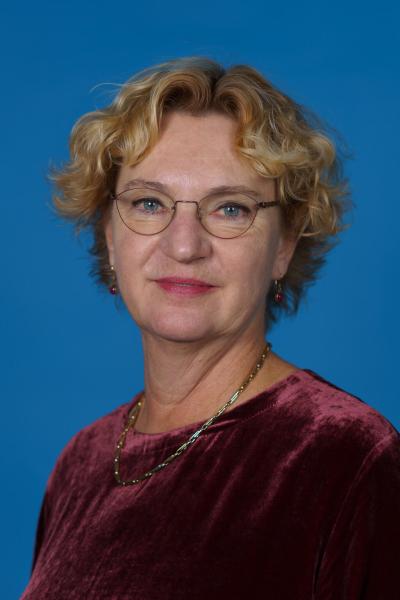 Ms. Hulshof has worked for UNICEF for more than 30 years. Prior to her current role, Ms. Hulshof served as UNICEF Regional Director for East Asia and the Pacific since June 2016 and was based in Bangkok, Thailand, where she was responsible for regional oversight and ensuring overall policy and programme coherence and advocacy for UNICEF.

Between 2012 and 2016, Ms. Hulshof was UNICEF Regional Director for South Asia. Prior to that, she served as UNICEF Representative to India; Director of UNICEF’s Public-sector Alliances and Resource Mobilization Office at UNICEF Headquarters in New York; and Chief of Staff to the Executive Director in New York.

Before joining UNICEF, Ms. Hulshof worked at the Council of Youth Affairs and Institute of Criminology in the Netherlands.

Ms. Hulshof graduated from the University of Groningen in the Netherlands with a Master of Arts in Social Science and specializations in Economics, Spanish, Cultural Anthropology and Education. She is an Honorary Fellow of the Senate of the University of Bucharest, Romania.

IMAGE RELEASE -  credit: © UNICEF/UN034557/Nesbitt. This photograph is available for use by bona fide news media organizations as part of reports or feature stories on UNICEF. Release permission is hereby granted for this purpose on the following conditions: - - Image content may not be changed by digital or any other means, except cropping. - Image may not be archived in any format or distributed to a third party by any non-UNICEF entity. No other rights than those specified are either granted or implied. THANK YOU FOR YOUR INTEREST IN UNICEF