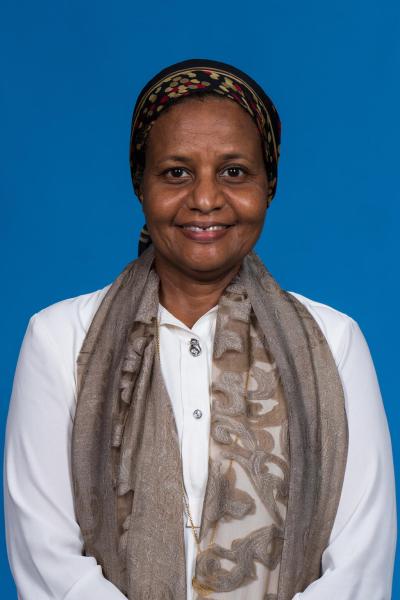 Ms. Sulieman’s career with UNICEF spans over 27 years, serving since February 2019 as Acting Deputy Executive Director, Management, where her expertise in management, operations, and policy have ensured optimal performance of several UNICEF divisions.  She previously served as Chief of Staff and Director of the Office of the Executive Director (2016-2019).

Prior to her roles in UNICEF Headquarters, Ms. Sulieman served in UNICEF regional and country offices, notably as Deputy Regional Director, Middle East and North Africa, where she contributed to UNICEF’s regional and global policies and strategies and provided programme and operational support to Country Offices in the region.  She also held Deputy Representative positions in Egypt and Somalia where she provided direction for programme planning and implementation to achieve country programme objectives.  In that capacity, she oversaw UNICEF’s programme response to the Somalia famine in 2011.

Ms. Sulieman previously served in the office of Relief, Recovery and Reconstruction of the United Nations Assistance Mission in Afghanistan (UNAMA), and started her career in her home country, Sudan, in the areas of gender and education.

She earned a Master of Arts in Organizational Management from the University of Phoenix in 2003 and completed her Bachelor of Science in Biological Sciences from Adrian College in 1991.

Ms. Sulieman is a dual national of Sudan and the United Kingdom. She is fluent in English and Arabic.

Image release – credit: © UNICEF/UNI214066/Nesbitt. UNICEF photographs are available for use by bona fide news media organizations as part of reports or feature stories on UNICEF. Release permission is hereby granted for this purpose on the following conditions:  Image content may not be changed by digital or any other means, except cropping. Image may not be archived in any format or distributed to a third party by any non-UNICEF entity. No other rights than those specified are either granted or implied. Thank you for your interest in UNICEF.