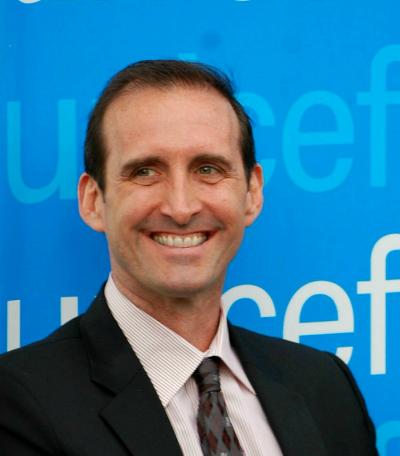 Gary Stahl became the Director of the UNICEF Division of Private Fundraising and Partnerships (PFP) in July 2017.

Based in Geneva, Switzerland, PFP maximizes private income to UNICEF through fundraising and partnerships ─ while managing the strategic relationship with 34 National Committees for UNICEF in industrialized countries. PFP also implements global strategies in child rights advocacy, communication and brand positioning in National Committee countries through a range of partnerships ─ including with the media, business, civil society and young people.

Mr. Stahl joined UNICEF in October 1994 as Coordinator of the Emergency Operation in south-west Rwanda, where he oversaw programme activities for over 400,000 internally displaced people. In 1995, he moved to Kigali, where he served as Chief of Field Operations. In 1997, Mr. Stahl was assigned as Programme Officer in Lima, Peru, in a programme targeting areas of extreme poverty in the Andes, the Amazon and marginal urban zones.

In April 2000, he became Chief of Operations, Vice President of Programs and Treasurer of the NetAid Foundation in New York. From April 2003 until October 2004, Mr. Stahl served as UNICEF Representative in Managua, Nicaragua.

Mr. Stahl has a degree in international studies and Spanish language from Iowa State University, and holds a Master of Public Administration from the Kennedy School of Government at Harvard University. Before joining UNICEF, he worked for many years in Latin America, where he started a clothing company and an interpreting firm. He also worked on the Social and Economic Project Appraisal at the Harvard Institute for International Development.

Mr. Stahl is a national of the USA.

Photo credit IMAGE RELEASE - CREDIT: This photograph is available for use by bona fide news media organizations as part of reports or feature stories on UNICEF. Release permission is hereby granted for this purpose on the following conditions: - - Image content may not be changed by digital or any other means, except cropping. - Image may not be archived in any format or distributed to a third party by any non-UNICEF entity. No other rights than those specified are either granted or implied. THANK YOU FOR YOUR INTEREST IN UNICEF.