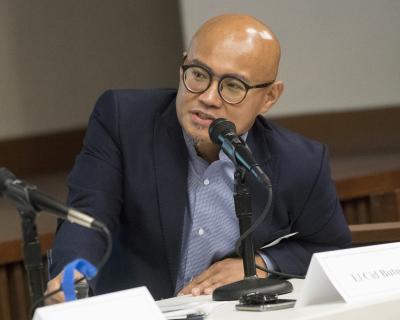 El Cid Butuyan assumed his duties as Director of Ethics Office on 8 February 2021.

Previous to UNICEF, Mr. Butuyan spent over fifteen years at the World Bank where he led on integrity and legal issues. He also worked as the Integrity Lead in the Green Climate Fund and held an assignment in the Asian Infrastructure and Development Bank where he helped build up the Ethics Office.  Mr. Butuyan served in the public sector in the Philippines as the inaugural Antitrust Commissioner of the Philippine Competition Commission, with the rank of Under Secretary/ Deputy Minister. He was an Impeachment Prosecutor in the historic first impeachment against a sitting Philippine President for plunder/grand corruption. He was a member of the Law Faculty at Harvard Law School and the University of Hawaii and served multiple terms as Co-Chair of the American Bar Association (ABA) International Criminal Justice Committee.