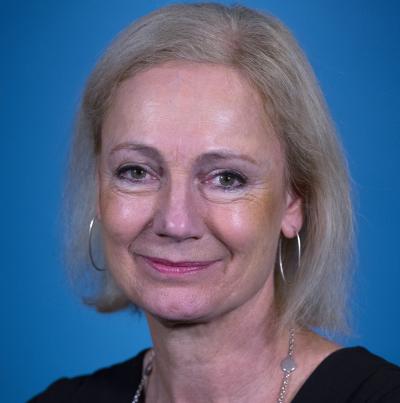 Full credit must be given

Ms. Gornitzka, who served as the Chair of the Development Assistance Committee at the Organisation for Economic Co-operation and Development (OECD) prior to her appointment, brings to the position 20 years of experience in international development. She has successfully built innovative partnerships with leaders from civil society, national governments and the private sector to deliver programme results and influence critical policy changes.

Before joining OECD, Ms. Gornitzka served as Director General of the Swedish International Development Co-operation Agency (SIDA) from 2010 to 2016, where she established a network of Swedish and Sweden-based companies to promote sustainable global development.  She was previously Secretary-General of the International Save the Children Alliance (2008–2010) and Save the Children Sweden (2003–2008), following six years as Under-Secretary-General and Director of Communications at the Swedish Red Cross (1998–2003).

Ms. Gornitzka has a background in management consulting with a focus on change management and communications. She studied at the Stockholm University College of Music Education.

Ms. Gornitzka is a national of Sweden. She and her partner have two and six children, respectively.

Photo credit IMAGE RELEASE - CREDIT: ©UNICEF/UN0251401/Nesbitt.. This photograph is available for use by bona fide news media organizations as part of reports or feature stories on UNICEF. Release permission is hereby granted for this purpose on the following conditions: - Image content may not be changed by digital or any other means, except cropping. - Image may not be archived in any format or distributed to a third party by any non-UNICEF entity. No other rights than those specified are either granted or implied. THANK YOU FOR YOUR INTEREST IN UNICEF.