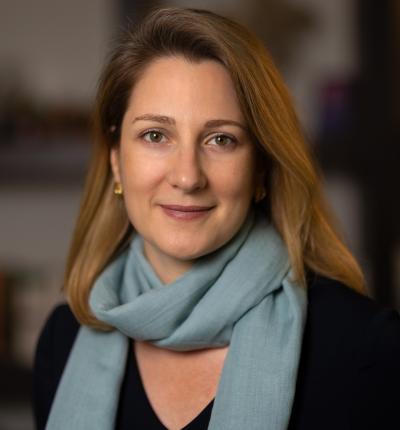 Carla Haddad Mardini became Director of UNICEF’s Private Fundraising and Partnerships Division in Geneva in January 2021. Here she leads the organization's global strategy to leverage the private sector to generate sustainable income for UNICEF and drive partnerships for children worldwide. This includes engaging with the general public (UNICEF’s supporters and donors), philanthropists, foundations, and business to achieve the Sustainable Development Goals for children. She also oversees the coordination, strategic planning and governance with UNICEF’s 33 National Committees that actively engage in child rights advocacy, communication, fundraising and brand positioning.

From 2018 to 2021, Carla served as UNICEF’s Director of the Public Partnerships Division in New York, leading the organization's resource mobilization from the public sector and overseeing its engagement with permanent missions and governments on multilateral affairs in the inter-governmental space.

Prior to joining UNICEF, Ms. Haddad Mardini had served at the International Committee of the Red Cross over a period spanning 17 years. Until the end of 2017, she was the Head of the Resource Mobilization Division, leading donor relations, fundraising and government affairs. She previously held the position of Chief Spokesperson and Head of the Public Communication Division. She spent the early years of her career in the field, covering protection and family links programmes in the Middle East and Africa, serving in Kurdistan and Baghdad in Iraq, in the Democratic Republic of the Congo and in Ethiopia.

She holds a Bachelor of Arts in Philosophy and Political Science from the American University of Beirut, Lebanon; a Master's Degree in Comparative Literature from Dartmouth College in the United States, and a Master's Degree in International Relations with a focus on international negotiation, mediation and conflict resolution from the Fletcher School of Law and Diplomacy at Tufts University, in the United States.

Born and raised in Lebanon, she is a Lebanese and Swiss national. She is fluent in Arabic, French and English. She is married and has two daughters.

IMAGE RELEASE - CREDIT: ©UNICEF/UN0158119/Nesbitt. This photograph is available for use by bona fide news media organizations as part of reports or feature stories on UNICEF. Release permission is hereby granted for this purpose on the following conditions: - Image content may not be changed by digital or any other means, except cropping. - Image may not be archived in any format or distributed to a third party by any non-UNICEF entity. No other rights than those specified are either granted or implied. THANK YOU FOR YOUR INTEREST IN UNICEF.