Following the attack on Ogossagou, UNICEF and partners provided a rapid response to ensure survivors had access to clean water

“I just couldn’t bear to go look myself,” Maimouna, 45, says. On the night of 23 March 2019, her ancestral village, Ogossagou-Peulh, was attacked, leaving 46 children dead. One of them was Maimouna’s youngest daughter, seven-year-old Aminata, who died while trapped inside the family home when flames began to consume it.

What is left of Maimouna’s family home and the corner store she used to run is nothing but ash. The rest of the village looks similar: granaries have been charred, trees have burnt down and entire houses have collapsed to the ground.

Ogossagou, a village two hours’ drive from the city of Mopti, used to be a village of pastoralists, where animals grazed directly next to homes. A modest classroom stood in the village, and sand collected around the mud and straw houses every time the wind blew. There was a well and two hand pumps for collecting clean water.

Today, Maimouna, like many other mothers here, has lost everything: her child, her home, her belongings and her store – meaning her livelihood.

The attack on Ogossagou is part of a dramatic, wider trend. Since the last half of 2018, an unprecedented deterioration of the humanitarian situation in central Mali has been observed. Attacks have multiplied and lack of access to essential services such as healthcare, education and safe water are driving humanitarian needs.

''I had nothing left. The materials were very useful. I could finally store clean water''

In emergencies, having access to clean water becomes even more important - not only for drinking, but to ensure good hygiene practices as people live together in a small perimeter.

“Illnesses such as cholera can proliferate quickly when water is contaminated, and unclean stagnant water can be a breeding ground for malaria-carrying mosquitoes,” explains Ahmed Aida, Chief of UNICEF’s field office in Mopti. “Diarrhea, which is already one of the main killers of children in Mali, becomes an even greater threat in rapid-onset emergencies. The smallest children, due to their physical constitution, are the most vulnerable to such illnesses.”

In 2019, an estimated 1.3 million people in Mali will require clean water

In 2019, an estimated 1.3 million people in Mali will require safe water.

In Ogossagou, due to the scale of the massacre, the village’s well became contaminated. Thanks to an existing partnership between UNICEF and the local NGO IMADEL, a rapid response was deployed to ensure those affected had access to safe water.

“When the attack happened, we came quickly to see what had happened,” explains Fatoumata Barry, coordinator at the NGO IMADEL. “We spoke to people. After that we donated a ton of millet and then we distributed water and hygiene kits through the UNICEF partnership.”

Maimouna received soap, buckets, jerrycans of water, water purification tablets, a defecation pot for younger children, but also basic essentials such as a mat and a mosquito net.

“At that point, I had nothing left,” she says. “The materials were very useful. I could finally store clean water in the shelter I’m staying in.”

UNICEF also supported the cleaning and disinfection of the village’s wells through the regional hydraulic services. Among the funds that allow UNICEF to immediately respond to rapid-onset emergencies this way are the Global Humanitarian Thematic Funds, which provide critical funding for emergency water, sanitation and hygiene interventions.

While rapid interventions are critical in acute emergencies, sustainable interventions are necessary in more protracted humanitarian crises over the longer term. “This village will need additional support for at least another hand pump,” says Fatoumata Barry. “Before the attack, the village was already having difficulties with clean water. Luckily, UNICEF helped rehabilitate one of the existing hand pumps. We also started an association of hygiene at the village and ‘cleanliness days’.”

Despite acute needs, the crisis in Mali remains one of the most underfunded in the world, with water and sanitation activities receiving particularly low levels of funding despite their critical role in ensuring child survival and health. In order to respond to the spike in needs, UNICEF in Mali is appealing for USD13 million for water, sanitation and hygiene interventions in emergency in  the frame of its 2019 Humanitarian Action for Children to bring support to the families that need it most. 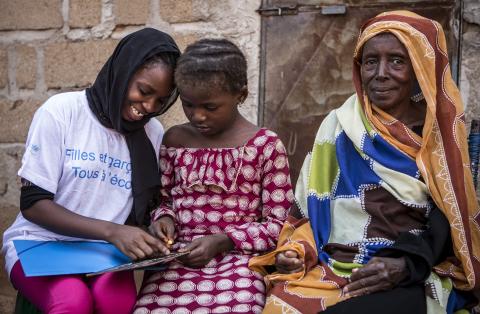 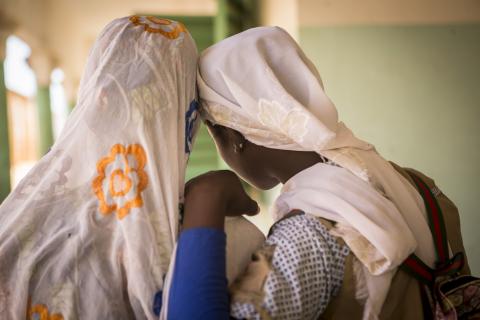 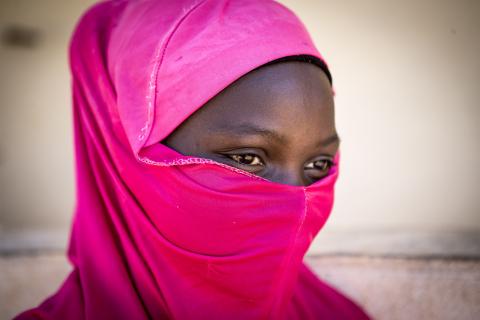