If you want to go far, go together

Seated between her thirteen clambering brothers and sisters, 11-year-old Safiatou Sacke cuts a quiet figure. Her eyes follow every movement, seated, pitched forward, making no sound. She has been deaf and mute from birth. A portrait of her own world, she personifies silence.

While they chatter and interrupt, she sits in the middle of them all, observing. Her parents laugh that she remembers everything and retells it all afterward, playing out everyone’s gestures. There is a constant stream of taps and tugs and gestures explaining with hands what’s happening and asking questions of her from her parents, siblings, neighbors and her cousin, Oumou Keïta.

“When you have not been in school, life is difficult. I want to take care of my needs and be independent, I want other children to be like me. Everyone should go to school”

Safiatou and Oumou live in the same wobbly street in a busy suburb of Bamako, Mali’s capital, with only a few homes, a huge tree and a short alley between them. Oumou is the opposite of her quiet cousin, a forthright, outspoken talker. She calls Safiatou her sister. At one stage, they even shared a home.

But education is where they parted ways. Oumou can go to the local school, while children like Safiatou need special schools, which have teachers trained in sign language, or equipment such as braille printers or wheelchair access. A school suited for Safiatou is located at the far side of Bamako: a long and expensive trip for anyone, much less a young girl who cannot hear car horns, nor bus vendors nor explain if she gets lost. While Oumou progressed through the classes, Safiatou had to stay at home. There was no money for the daily transport across town. For all that time Oumou talked with her cousin’s family, about school and how important it was. “When you have not been in school, life is difficult,” Oumou says. “I want to take care of my needs and be independent, I want other children to be like me. Everyone should go to school.”

Finally, when Safiatou was ten, the family had enough money to try. For five months Safiatou’s father, Mamadou Sacko, left work so that he could go with her to school in the cheapest of shared transport. He sat outside while she learned, eating a cheap meal together at lunch, before bringing her home. But simple economics, even in a supportive family, won out and he was forced to tell her that she would have to drop out.

Every year UNICEF supports the Government of Mali thanks to funding from KOICA, Norway and the European Union, to send Back-to-School Child Ambassadors out to explain from their own experience directly to parents in their communities why sending their children to school and keeping them there is so vital. And to learn in return, in detail, why children do not attend school: vital information if change is to be made.

Given an opportunity to be an official UNICEF Back-to-School Child Ambassador, Oumou jumped at the chance. Visiting fifty families in just five days, she arrived through the front entrance of each household at the head of a team of three, asking to speak to every adult present. She was welcomed in every home, she says, and given a chair and water. Her aura of authority was such that one small boy was convinced the teenager was a doctor.

It is rare to see children in Mali address adults on important issues. Yet in 2019, nearly 4,700 girls and boys also acted as UNICEF Back-to-School Child Ambassadors, visiting over 40,000 families across Mali. Their door-to-door sensitization efforts are helped by community dialogues and radio programs, and by the innovative ‘EduTrac’ tool, which allows tracking of school dropouts are occurring through cell phones.

In Safiatou’s home, her mother, Maimou Diallo, starts, tapping on her shoulder, gesturing with tiny circles. An old hand guiding a young one, both lean intently toward the blackboard on her lap before folding themselves back in triumph, to reveal letters and numbers, repeated in chalk. Safiatou had learnt to write in her short time at the special school for the deaf and mute.

Now, every morning she gets washed, dressed and puts her school bag on. Then she stands at the gate as her siblings file past her on their way to school. It can be a long time before she takes off her bag and accepts that today, there will be no school. Neither girl has given up on Safiatou’s dream of learning.

Despite such enthusiasm, it is estimated that more than two million children of school-going age are still out of school in Mali. Children may drop out due to household poverty, child marriage, insecurity, child labor, or a lack of schools close to children’s homes. But sometimes, the challenge is parents who refuse to send their children to school or do not recognize the importance of educating their children. This is where Back-to-School Ambassadors play such a huge role.

Vulnerable girls like Safiatou are most at risk of not returning to school. For children with special educational needs, such as children with visual or hearing impairments, social-sensory, motor or cognitive perceptions, the cost of specialized care and the lack of educational facilities can be an enormous challenge to overcome.

As a UNICEF Back-to-School Child Ambassador and a sister, Oumou is sure that if she can make the people in her community understand the vital importance of education, especially for those who have disabilities, like Safiatou, they will find a solution for her cousin.

In 2018, over 8,000 children who had left school, returned to their classrooms due to the work of the Back to School programme and the relentless enthusiasm of girls like Oumou. Nearly half were girls.

For Safiatou, the journey to school is not over yet, but it has, at least, begun.

For Oumou, it is clear she does not want to go fast, alone, preferring to go far, together. 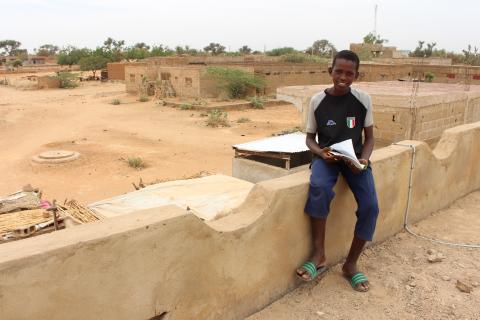 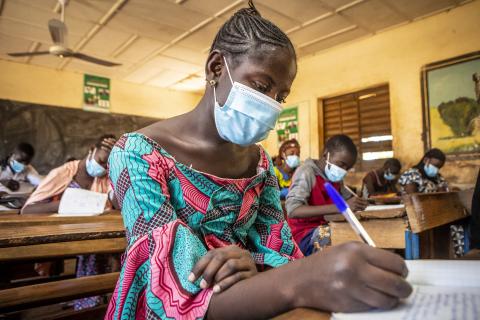 After several months of closure due to the Covid restrictions, schools in Mali have reopened their doors, to the great relief of students like Aïchata. 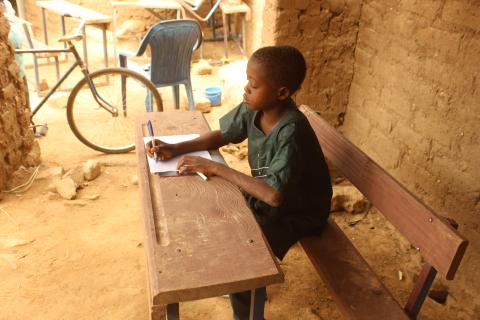 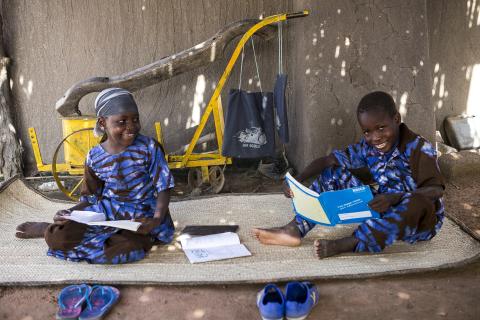