A UNICEF volunteer shares her experiences with drugs and justice in the Maldives.

A UNICEF volunteer shares her experiences with drugs and justice in the Maldives.

Less than two months after she tried drugs for the first time, Suha was in a jail cell.

“I started doing drugs because it seemed like everyone I loved was doing them,” Suha* said. “I thought there had to be something good about them, but I was wrong. Drugs ruined their lives and up until now, drugs ruined mine.”

The night before she was arrested, Suha was preparing for a prestigious apprenticeship in the hospitality industry. Soon after, she was surrounded by four walls, no electricity, and utter silence in a Dhoonidhoo cell. Her only escape was on Wednesdays, when she could walk outside her cell – but not outside the prison – for 15 minutes a week.

Suha, now 21 years old, has been clean for more than two years. Though she’s working, completing her bachelor’s degree, and hoping to continue to a master’s, she’ll never forget the time she spent in jail: all two years, eight months, three days and 45 minutes of it.

“I counted,” Suha laughed. “I counted every day.”

“I counted,” Suha laughed. “I counted every day.”

Growing up, Suha always said she would never do drugs. Her father was addicted to heroin, a habit that made him unknowable to Suha for most of her childhood. When she was in secondary school, however, it seemed like everyone around her was hooked on something. She didn’t understand why drugs were so popular, but on the brink of 2015, she decided to find out for herself.

On their way to a New Year’s Eve party, Suha’s boyfriend – who was a drug dealer in Greater Malé City – gave her a prescription medication to hold onto. Curious, Suha slipped the tiny white pill into her mouth.

Immediately, Suha was thrown into a dizzying, nauseating haze, a warped reality that stuck for three days. She remembers walking down the main road in Male’, trying to place one foot in front of the other while her mind spun out of control. Suha hated the drug’s effects – but even so, the next time her boyfriend offered her marijuana, she tried that too.

Gradually, Suha tested out hash oil, marijuana and party drugs like MDMA, some of which she liked more than others. Though she never became addicted, there was a point when she smoked hash oil every day, Suha said.

A month and a half later, police found Suha and her boyfriend with 48 grams of marijuana. According to Suha, her boyfriend was selling the drugs and took full responsibility for the supply. Regardless, both adolescents were held at the Dhoonidhoo Detention Center for 15 days during the investigation. On the 16th day, Suha returned home and awaited her sentencing under house arrest.

“My family was so upset with me,” Suha said. “When my mom first found out, I saw everything in her eyes. The disappointment. How hurt she was. Our relationship has never been the same.”

While she waited to hear from the court, Suha grew bored and listless. A few weeks after she came home, she left – Suha and her boyfriend met up at a café near their homes. Suha’s mom was furious, and called her investigative officer to take Suha home. The violation led to another 30 days in Dhoonidhoo.

While Suha bided time in her cell for a second time, her mother, stepfather and siblings left for Sri Lanka. Though Suha was taken in by a supportive cousin, after she was released, she felt unshakably alone.

“I don’t know what got into me,” Suha said. “I guess I was just feeling hopeless. Everyone had left, and it seemed like my mom gave up on me. I don’t blame her, but once I got home from Dhoonidhoo, I didn’t care about getting caught.”

When Suha’s sentence was finally announced, her loneliness made everything even harder. Suha and her boyfriend were given twin sentences of 16 years and eight months in prison – something that, to Suha, seemed so large it couldn’t possibly be real.

Suha kept her head down as she stepped onto the boat to Maafushi, an island that is home to the Maldives’ largest prison. At this point, she was 18 years old. If her sentence wasn’t appealed, she would be in Maafushi Prison until she was 35.

When the prison gates swung open, she overheard the prisoners shouting.

With a start, Suha realized they were talking about her. The catcalls shook her to the core – and from that moment on, Suha committed to never touching drugs again.

“Every day for almost three years, I would wake up with the same thought: to survive today, I need to deal with 83 different personalities without any conflict. There was a lot of violence and, believe it or not, a lot of drugs. But I’m proud to say I never took them – not even once.”

Eventually, Suha’s case was appealed by the high court. After repeating her Ordinary Levels in prison, Suha returned to Malé under house arrest. She began working and studying, and someday, hopes to become a forensic psychologist. Suha wants to help victims of child abuse and domestic violence, she said, and support vulnerable people as they go through the court system.

According to the United Nations Office on Drugs and Crime, the majority of drug users in the Maldives are between the ages of 15 and 19. One third of those injecting drugs do so through shared needles, a huge public health issue and a risk factor for HIV. In recent years, young people throughout the islands have died from drug-related injury, overdose and health issues.

To mitigate this situation, UNICEF is working with partners to sensitize stakeholders to the challenges youth offenders face, promote rehabilitation programs for youth addicted to drugs, and create support systems and engagement opportunities for young people to prevent drug use before it happens.

“I don’t want to end up like the rest of them,” Suha said. “I want to be different. I want to make a change.”

* name has been changed to protect the individual's privacy 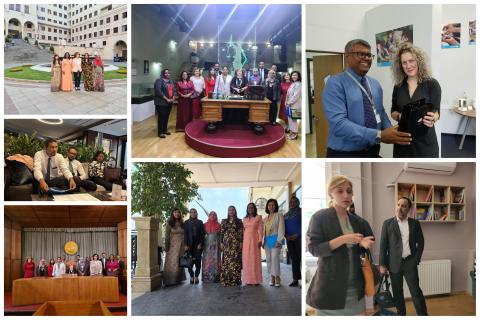 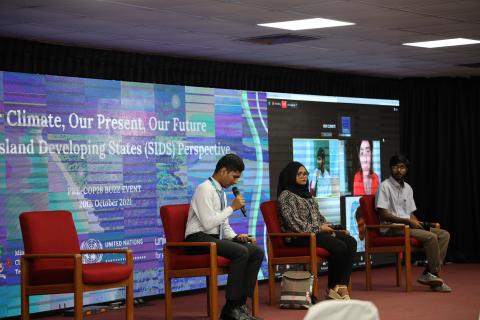 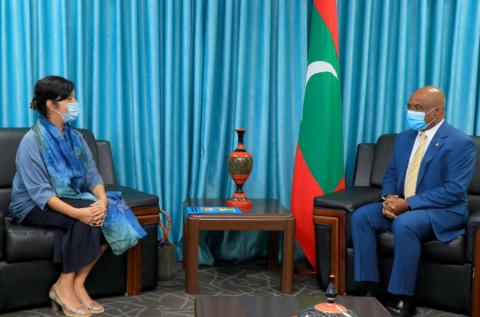 A new UNICEF Representative to the Maldives assumes office 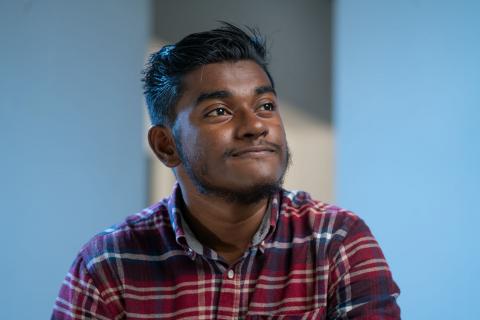 Camera in hand, Maais is chasing his dreams